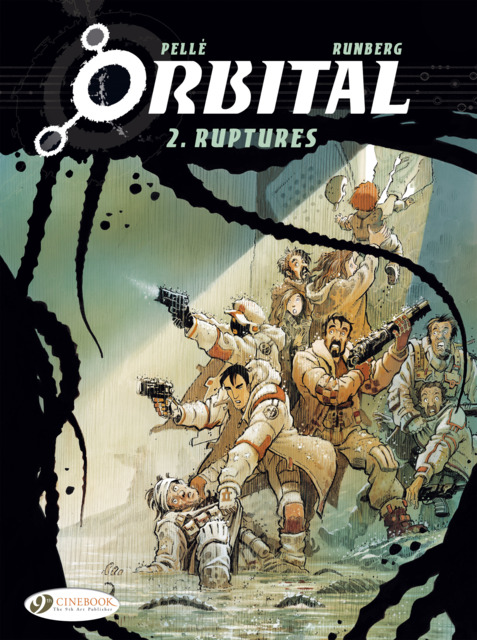 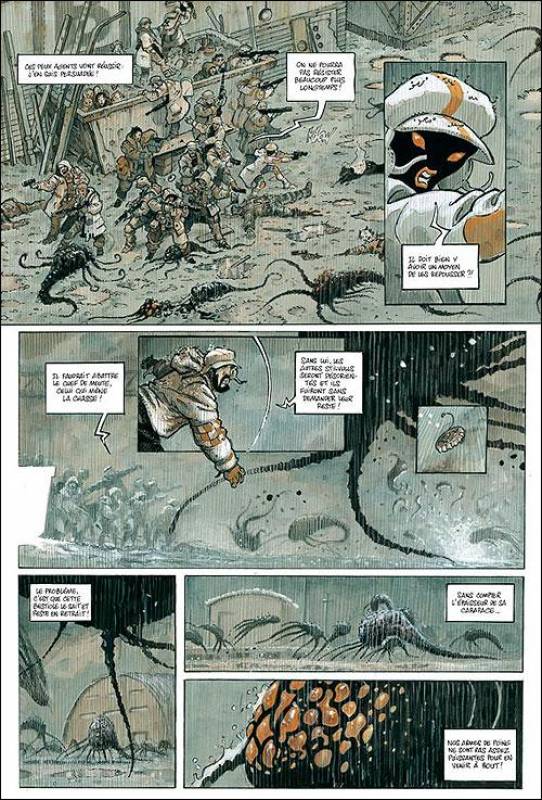 Ruptures concludes the tale begun in book one, Scars, which relates the story of the first mission handled by our 23rd century diplomat-agents: a human, Caleb Swany, partnered with an alien, Mezoke Izzua. Think Han Solo/Lucky Luke with a sexier version of Chewbacca and you won’t be far off.

We pick up pretty much where we left the last book, and hit the ground running, with Mezoke kicking ass in a scene that’s a good example of the storytelling chops of artist Serge Pellé. The action is laid out clearly, and the technical skill on display is admirable, with strong compositions, often very dynamic.

From there the book rattles along at a fair click. Syvain Runberg supplies a great deal of plot, much of it involving politics and political shenanigans, fifth columnists and the odd bit of exposition. This is all interspersed with exciting set-pieces that allow the creators to work some nice character moments in, so that, by the end of Ruptures, we’re quite attached to our pair of heroes, and looking forward to following more of their adventures.

Like a great deal of sci-fi, the story touches on a great many subjects – gender, racism, isolationism, politicals and capitalism, to name just a few – that lets the creators hold a mirror up to our own society, regardless of how many tentacles their characters might have, or when the stories are set. To give just one example, Mezoke would appear to be a hot chick, though he/she actually belongs to a species whose gender isn’t quite as straightforward as that. It’s slightly challenging concepts like this, more than the odd swear word, that probably earn these books their 12+ rating, as the creators attempt, largely successfully, to put modern spins on age-old themes like gender dynamics and racism.

The previous book was hampered by the amount of exposition. This one, while it still likes to stop and deliver wee presentations on salient plot points, doesn’t have anything like as much, and is all the better for that. Even without a cliff-hanger ending like the first, it still leaves one wanting more. For that, it’s on to the second mission split over the next two books: Nomads and Ravages.

The main characters are likeable, the plots are suitably awe-inspiring sci-fi that’s equal parts Moebius and George Lucas, and the story is handled well by both writer and artist. What more could you possibly want?