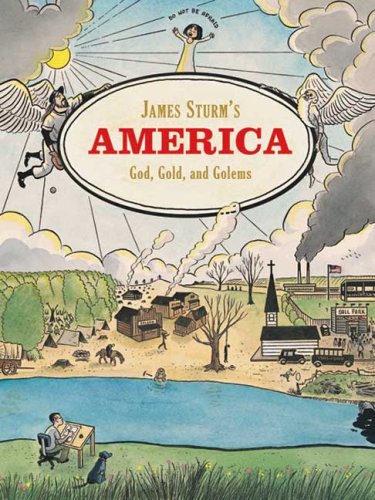 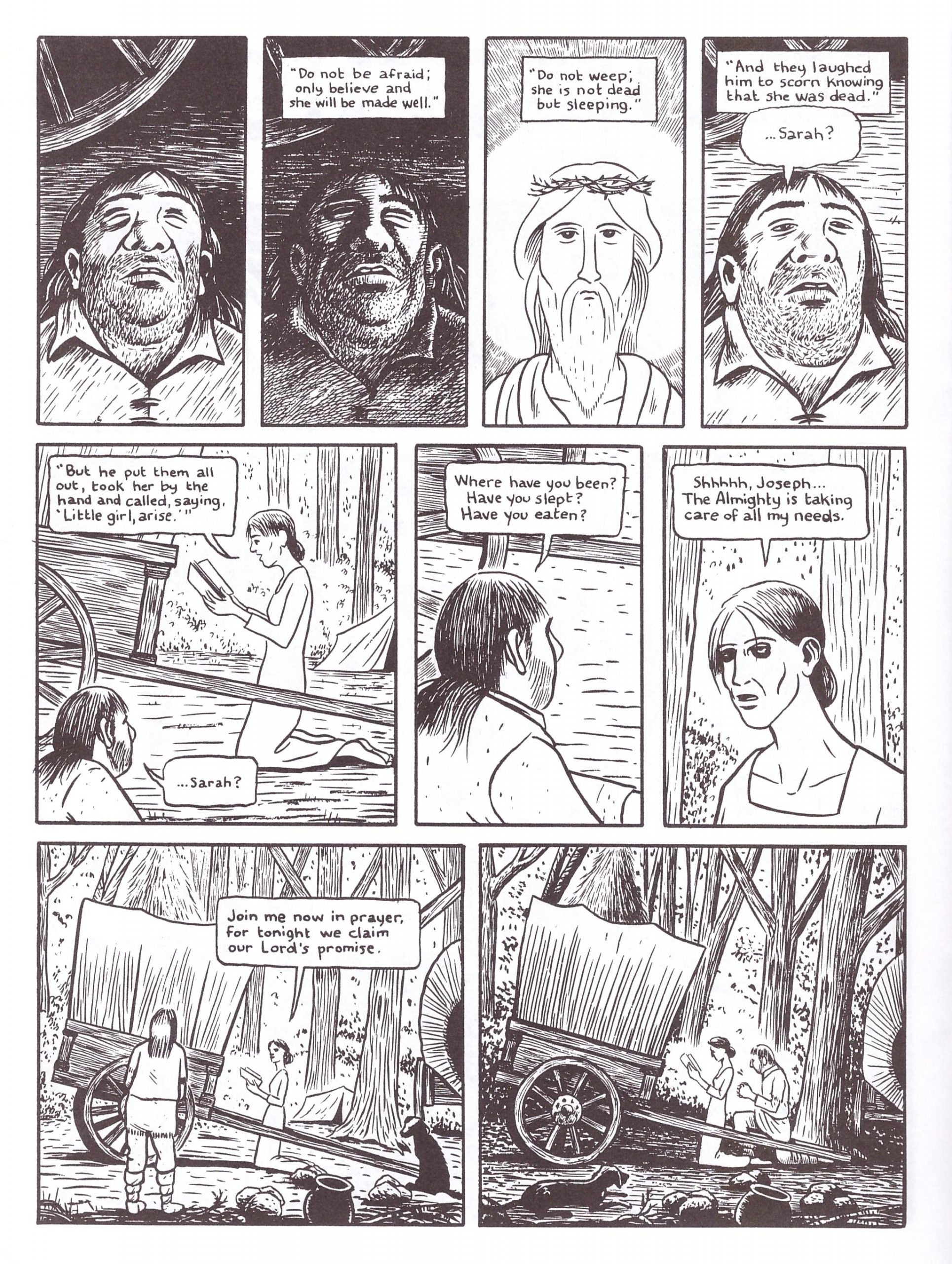 America gathers three James Sturm stories covering three points within 130 years of American history from 1801. Individually they focus on belief, work and play, but encompass a far wider spectrum of attitudes and culture, which don’t combine for a comforting read. The shorter ‘Hundreds of Feet Below Daylight’ and ‘The Revival’ were originally issued as comics, while The Golem’s Mighty Swing was Sturm’s first graphic novel.

All three stories have a feel of looking in on a disreputable past, yet one that continues in several forms in the present day. The most obvious linking feature is prejudice, the violence that often accompanies it, and unjustified feelings of superiority that feed it. The opening scene of ‘Hundreds of Feet’ shows a group of mid-19th century miners massacring the Chinese community with barely a thought, while the next has them deeply mourning one of their own who’s died in a mining accident. It’s a reflective juxtaposition typifying the quiet way Sturm makes his points. A more ingrained racism is encountered by Jewish baseball team the Stars of David, eventually having to make a choice of promoting their team by feeding into the fears that produce prejudice, or no longer earning a living from their sport. Religious intolerance is a passing thought in ‘The Revival’, where a non-believer offering a personal opinion is shunned, but proves more caring than the self-interest of those considering themselves pious, and therefore better.

Other threads can be drawn between the three stories, including, but not limited to, a faith in the unlikely or impossible, a darkness within and people who’re lost and searching for some form of hope in an uncaring world. As the name of America is so often invoked with patriotic fervour in the real world, the expectation is that it’s associated with the positive, yet Sturm’s version focuses on the excluded and dispossessed. It’s a dark vision, and his art varies according to the level of that darkness, at its wildest on the black ink saturation of ‘Hundreds of Feet’, while open on the slightly more optimistic baseball story, where at least there’s a viable living to be made enduring abuse.

Sturm’s storytelling skills increase as his career progresses. The horror of ‘The Revival’ (sample art) isn’t as smoothly generated as in the later works, but he’s settled early on a matter of fact presentation without explanations beyond dialogue. That’s continued in the next story, and while both involve tragedy they’re given open endings where a more optimistic future is a possibility. Only for ‘The Golem’s Mighty Swing’ does Sturm actually provide a coda spelling out the choice made.

Because as a country America is continually whitewashing the past, many people don’t realise the horrors of it. Sturm brings these home in what are small tales involving ordinary people, and they’re more effective when combined than read separately. Not for you, however, if you want cheer and comfort from your graphic novels.