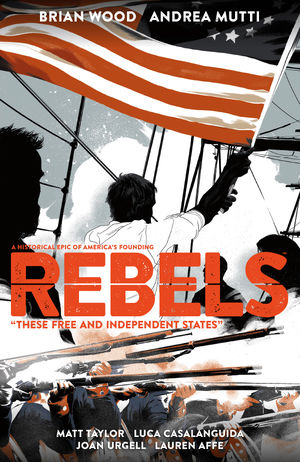 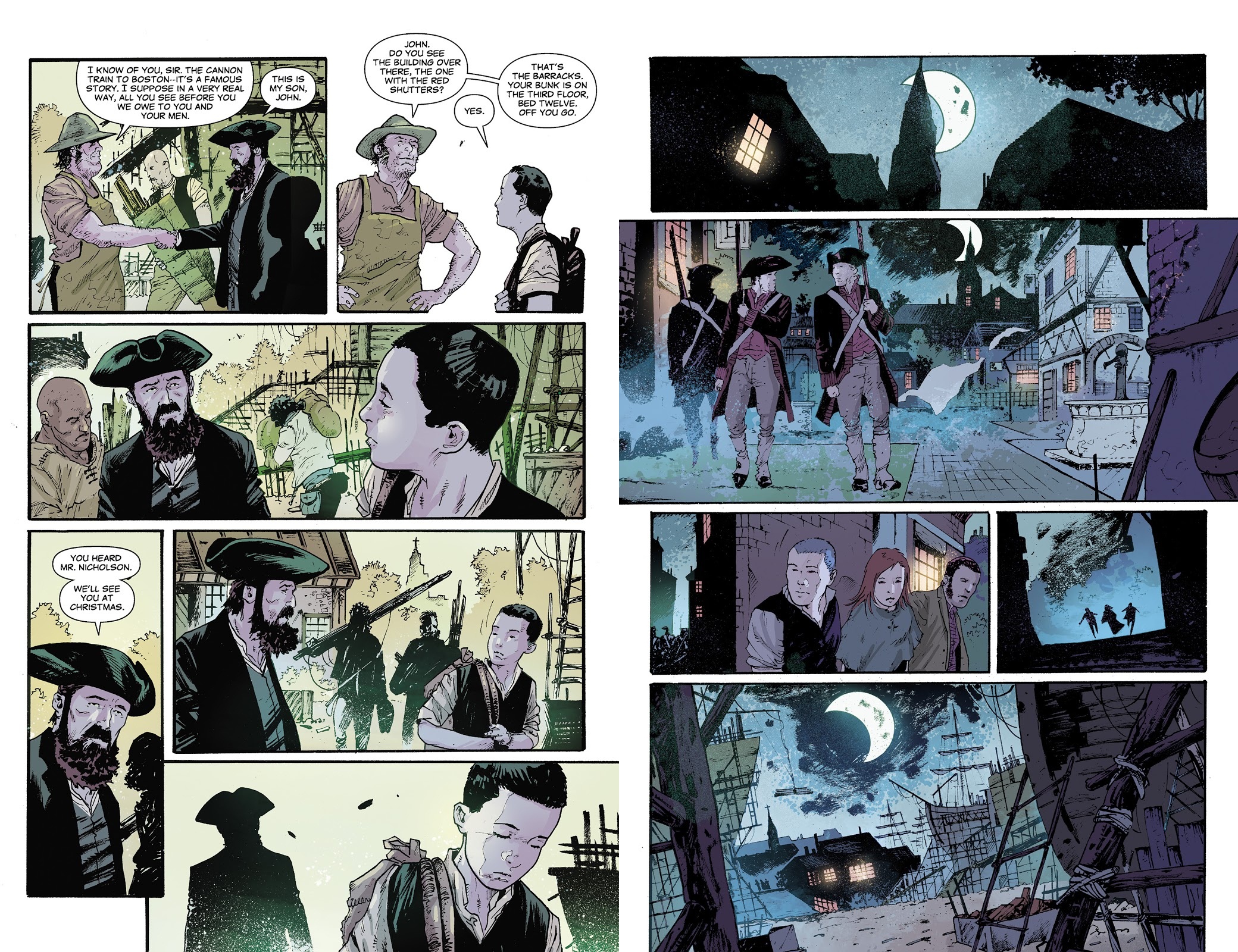 As a youngster in 1775 Seth Abbott joined a militia group, one of many whose dedication helped overthrow the British and establish the USA. Twenty years later the new country is disadvantaged for lack of a navy, its merchant ships subject to piracy, but attempts by Alexander Hamilton to raise a navy via a taxation system are shouted down. Aged ten when apprenticed to a Quaker shipbuilder in New York, Abbott’s son John is a savant, a condition undiagnosed at the time, enormously knowledgeable about boats and shipbuilding, yet very literal in his interpretation of conversation and emotionally stunted.

Rebels wouldn’t work without an artist capable of embedding readers in the historical setting, requiring considerable period detail, and providing a visual sympathy for a character lacking in emotional response. Andrea Mutti scores on both counts, his European style displaying an obvious passion for both the work and the research, and the chaos of naval battle in later scenes is outstanding. His thoughtful approach is well served by Lauren Affe’s muted colouring. It may be considered odd that a book dealing with the earliest days of the USA has such a European influence, but then so did the earliest days of the USA.

As with the first volume, Brian Wood simultaneously explores the building of a nation while humanising the history via a parallel story. The USA may have been founded in 1776, but the most crucial period of its early history was the twenty years between 1795 and 1815, when the new country withstood and repelled several potential invasions before European attention turned inward. John Abbott is presented as a master ship builder with a singular vision, and the reason for his character is superbly weaved into the story by Wood, who needed a narrative voice over a number of different positions. The way Abbott is constructed serves them all while being true to the character, leading to several moments of excellently crafted tension, and ultimately almost to tragedy, along the way creating such emotion around a man lacking them that you’d believe him a real historical figure. There’ll be a tear in your eye by the time Abbott’s story concludes in the fifth chapter.

Abbott’s story alone is five star material, but Wood continues the pattern of the previous book by including three shorter stories, two drawn by artists other than Mutti, while he illustrates a look at George Washington’s time in command of Virginian forces in the 1750s. It personalises Washington, pulling him back from history to humanity, yet concerned with historical record. Washington also has a cameo in the subsequent story, more of an adventure, with Luca Casalanguida drawing in a similar style to Mutti, so maintaining consistency. Joan Urgell on the final story matches the research, detail and confident layouts, but isn’t as strong with the people, although in other company his art would stand out. It’s the one time Wood falters slightly, not quite explaining the historical significance to those unaware of it.

Although utterly convincing at times, Wood notes his stories are historical fiction, weaving known people and events with his own constructs, and it’s important distinction to make as history rarely has an emotional depth. Wood’s stories do, and it’s hoped Rebels continues.