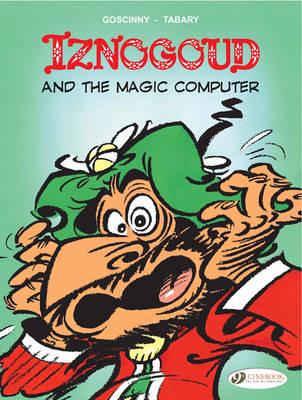 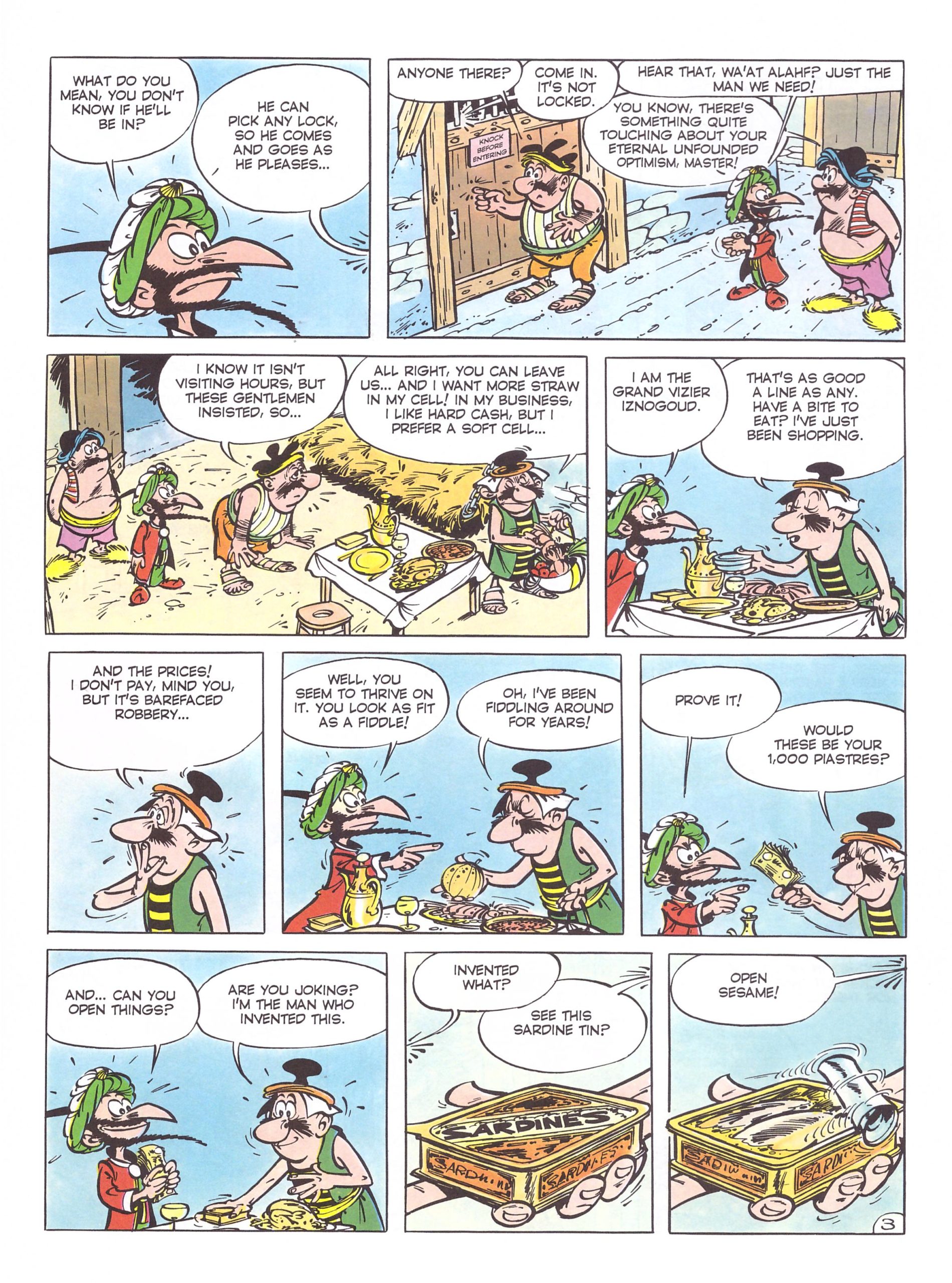 The fourth volume in Cinebook’s welcome series of new Iznogoud translations is actually the sixth as per the original chronology, although given the way the stories are created, that’s not overly important. UK comic readers of a certain age may well recall that this was one of the Iznogoud albums first issued in English by Egmont/Methuen in 1978.

As ever, the four fantasy stories in Iznogoud and the Magic Computer all revolve around “the wicked, ignoble, vile Grand Vizier Iznogoud” and his monomaniacal obsession with installing himself as the “Caliph instead of the Caliph” of old Baghdad.

In lead story ‘A Calculated Risk’, we meet I-Bee’Em, owner of a magic computer that Iznogoud believes will finally offer him a solution for getting rid of Caliph Haroun El Plassid (hint: it doesn’t). A satirist at heart, René Goscinny often took inspiration from current affairs and local politics. Writing at the start of the 1970s and the growth of the supercomputer, Goscinny here has fun with the idea of a machine that functions as a seer or oracle, and suggests that mechanical marvels are no more infallible than the humans who build them. This particular magic computer is even prone to fits of sulking.

In ‘The Road to Nowhere’, Iznogoud happens to discover a magical path (looked after by road mender Baba Blaqship) that never allows its travellers to leave – the perfect place to strand a certain, blissfully unaware Caliph. As well as a prescient gag about local farmers protesting the unfairness of the MEEC (that’s the Middle Eastern Economic Community), the story ends with a neat full-page visual inversion of the opening scene, giving Tabary a chance to stretch out beyond the confines of his more usual nine or twelve panel page.

Continuing the punnery, ‘The Golden Handshake’ revolves around Ghoudas Gho’old, a man with a more than a touch of Midas about him, while in ‘The Caliph’s Sceptre’, Iznogoud enlists the aid of master thief Klepto Maniaq to help him steal a valuable symbolic object, the loss of which would hasten the Caliph’s demise. Finally, in ‘The Mysterious Ointment’, Iznogoud has to somehow persuade the Caliph to clean his teeth with a supposedly deadly toothpaste, in a culture where dental hygiene does not exist.

While Izngoud never reaches the heady heights of Goscinny’s finest Asterix or Lucky Luke adventures, every volume offers plenty of well-crafted entertainment, and this one is a typically solid collection. A Carrot for Iznogoud follows.