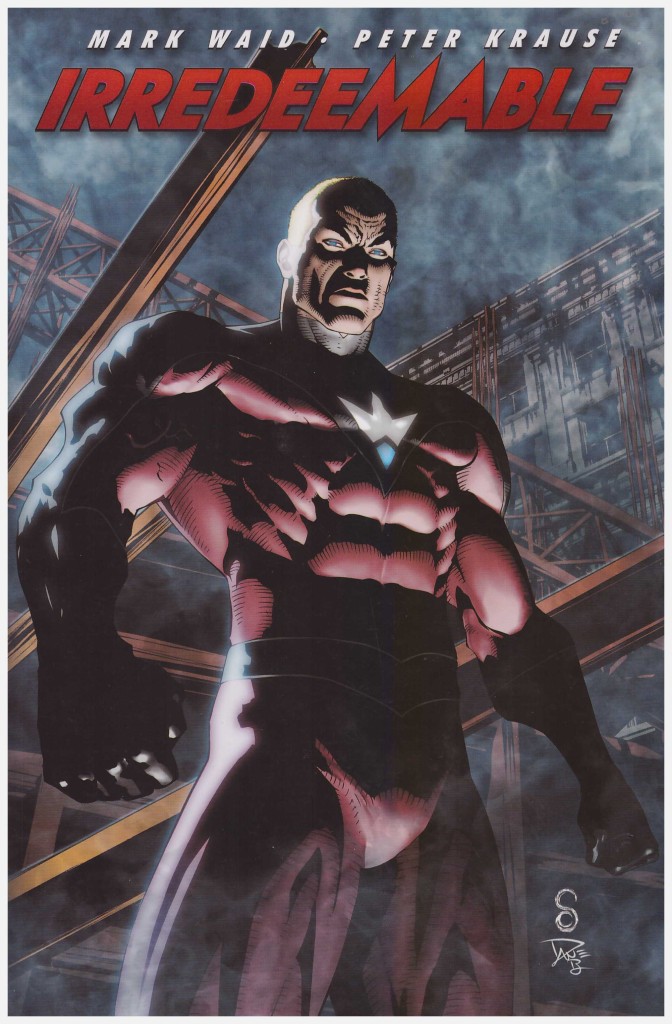 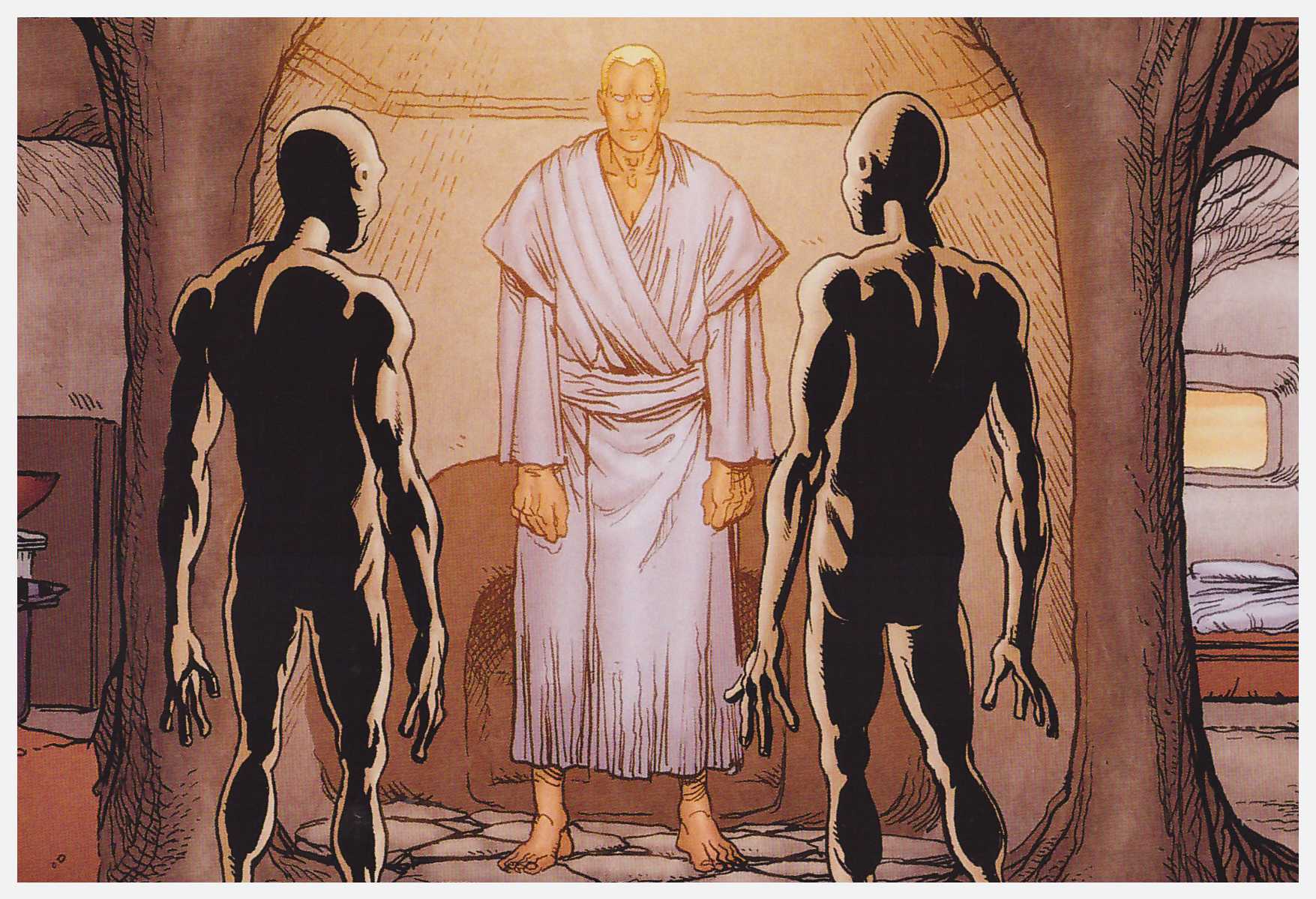 This is very much a change of pace volume for Irredeemable, as the frenetic speed and constant surprises of the previous volumes are largely supplanted for a glimpse inside the Plutonian’s head. It’s not altogether welcome, as it adds little to the ongoing story and offers no great insight into the character either. These segments are all impeccably illustrated by Peter Krause. Here he adds a third distinguishing technique to his artistic narrative by using a fragmented panel border to indicate the elements occurring as the Plutonian dreams.

Events of Volume 5 saw the Plutonian incapacitated and removed from Earth. As he dreams a distorted, self-justifying and occasionally contrite version of his recent past, he’s transferred from location to location, and from alien race to alien race. He ends the book in a very different place altogether.

This material is spliced with the activities of superhero team the Paradigm, now under the direction of Charybdis, who’s re-named himself the Survivor following the death of his twin. His spontaneous announcement that any super-powered being can now be considered for membership irrespective of previous crimes allows Mark Waid a humorous prod at the more violent stereotypes infesting the comics of the era. It complicates the team dynamics, and Qubit becomes increasingly concerned that in dealing with one tyrant another has been fostered. Both he and the Plutonian’s arch-enemy Modeus have an advanced intellect at their disposal, and a vested interest in manipulation of events. These segments are illustrated by Diego Barreto, whose style is sketchier than Krause.

Volume six isn’t entirely lacking in the inventive surprises that have characterised Irredeemable to this point, and every chapter contains a startling moment, but the pace is definitely reduced. There’s further frustration that one pertinent piece of information is learned by Qubit, yet kept from the audience.

Mention must also be made of the peculiar lighting on Scott Clark applies to his cover illustration of the Plutonian, with its odd emphasis on the lower package. And since we’ve mentioned one package, the entire series was later repackaged as the Irredeemable Omnibus.