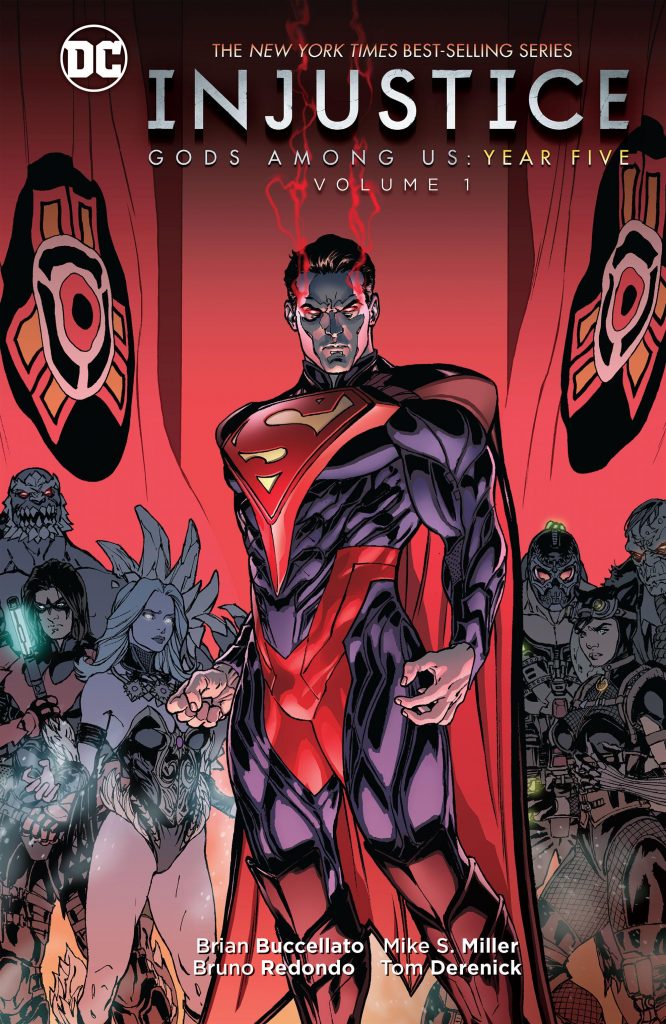 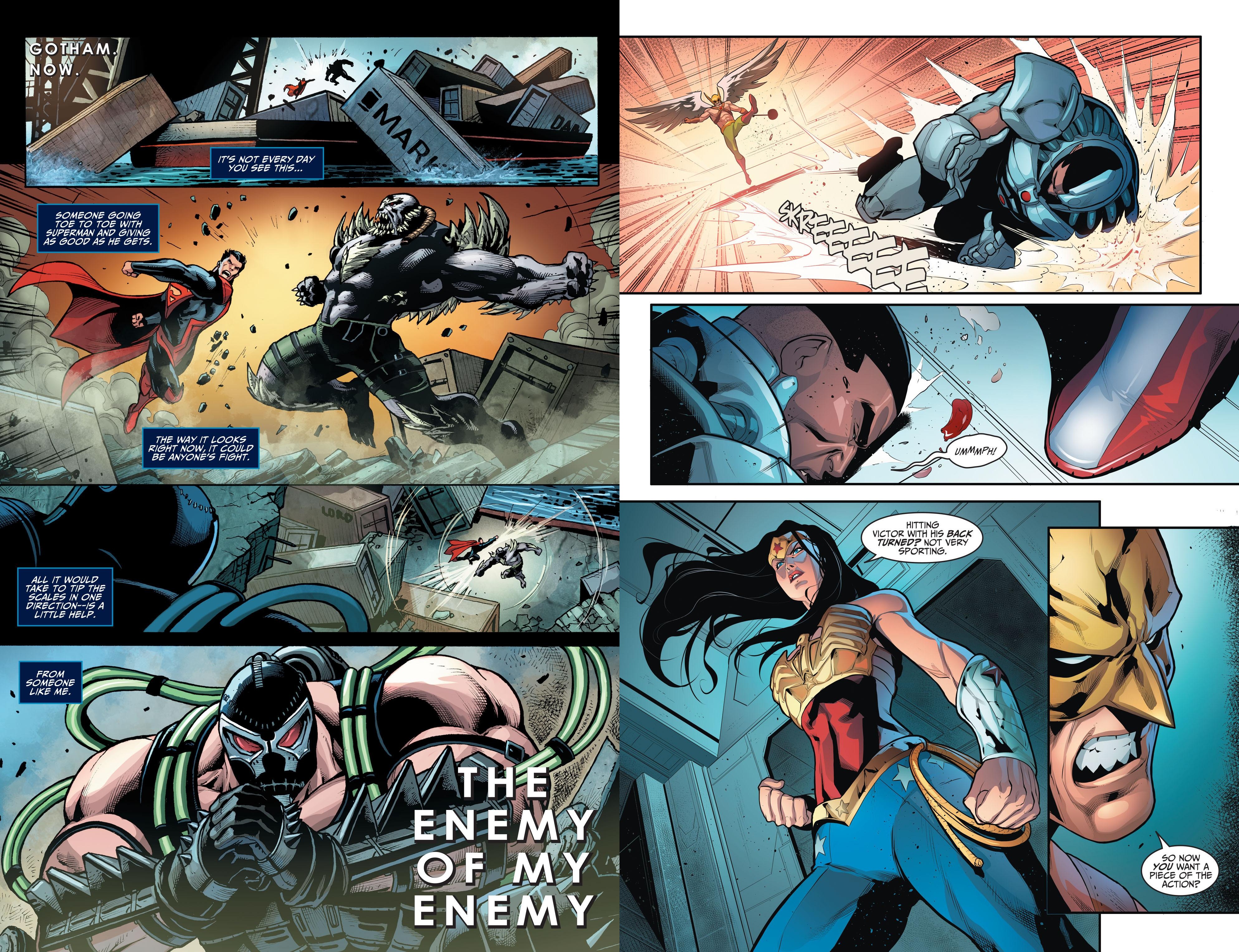 During Year Four of the Injustice world, all the super criminals rounded up by Superman and his allies were freed again. Some immediately revert to type and are easily recaptured, others lay low and have their own plans, while others still are being recruited for a purpose. Until now Injustice has been about the big issues. Superman controls Earth, his allies increasingly concerned over his dictatorial methods, and various big hitters have arranged forces against him. Brian Buccellato now drops the scenario back to a more traditional DC superhero street level. Most individual villains may have nowhere near Superman’s power, but they can pose a threat to his order. The wild card is someone Buccellato introduced in passing during Year Four, an artificial life form released too soon who believes they’re Superman.

Based on the opening half, this is a far more episodic story than has been the case on Injustice, with plenty of diversions (the Hawkman one reads well) and plenty of small scale confrontations. There’s even another Superman/Batman fight, although it’s more of a feint to keep Superman distracted. “Why don’t you just stop?”, he asks Batman, having asserted there’s no way Batman can win, “As soon as you turn yourself in and become accountable for your crimes”, replies Batman.

Tom Derenick (sample art left) has gradually become a more regular artistic presence, with solid layouts, but not quite the delicacy of Bruno Redondo, nor the dynamism of Mike S. Miller. Iban Coello (sample art right) pencils some chapters, but is the weakest of the artists. Also contributing is Juan Albarran, mostly inking Redondo’s pencils, but sometimes drawing the strip from his layouts. It doesn’t affect the quality. An interesting artistic effect on Miller’s part is slicking Superman’s hair back and giving him a side parting. It’s simple, but potent in redefining Superman’s personality from the friendly hero we love.

Buccellato’s also doing that, making Superman more authoritarian and less concerned about what his allies think. There’s a feeling of dogmatic ideology for the sake of control, a process not unlike Anakin Skywalker gradually becoming Darth Vader, and pitting Superman against threats that in the past have caused him considerable trouble indicates how less restraint achieves greater results. Parasite, Doomsday and Solomon Grundy are all disposed of, Grundy with no consideration of mercy for what he is. As this portion of Year Five concludes, beyond the inevitability of the story not deviating from the game scenario of Superman in charge, there’s little indication of what will follow, and that’s good. Volume two will reveal all. Alternatively that’s combined with this and the conclusion in the Complete Collection. 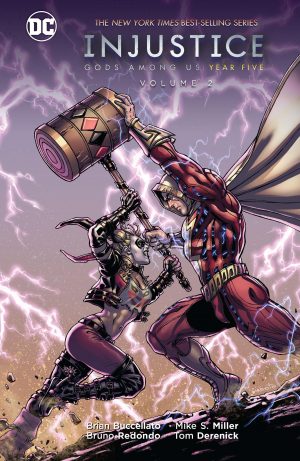 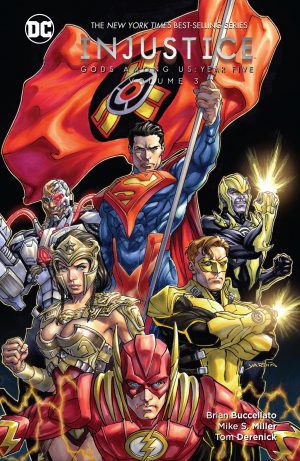