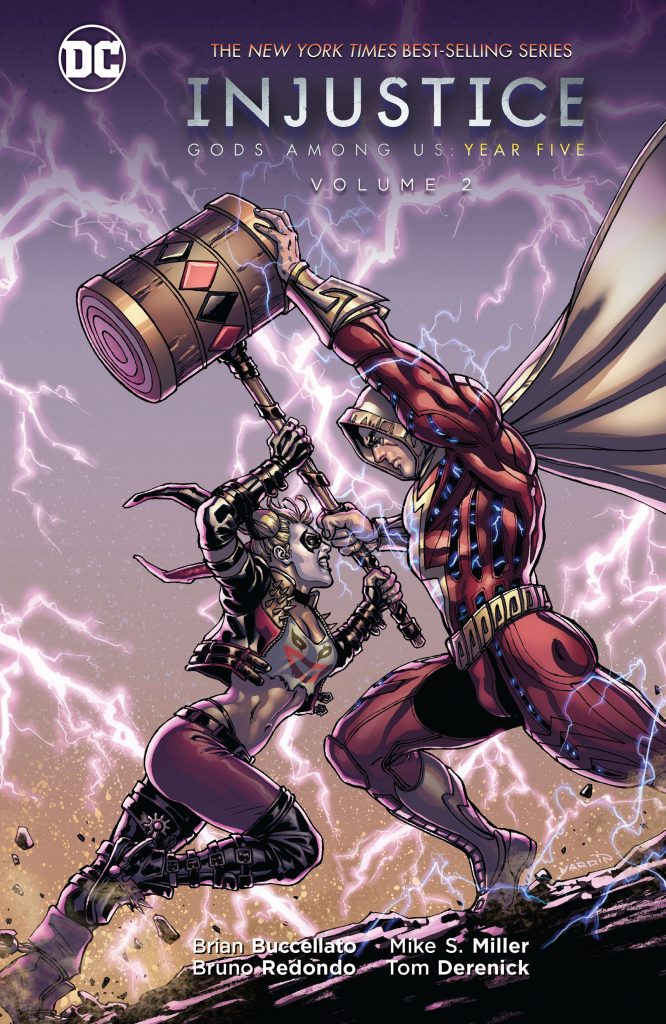 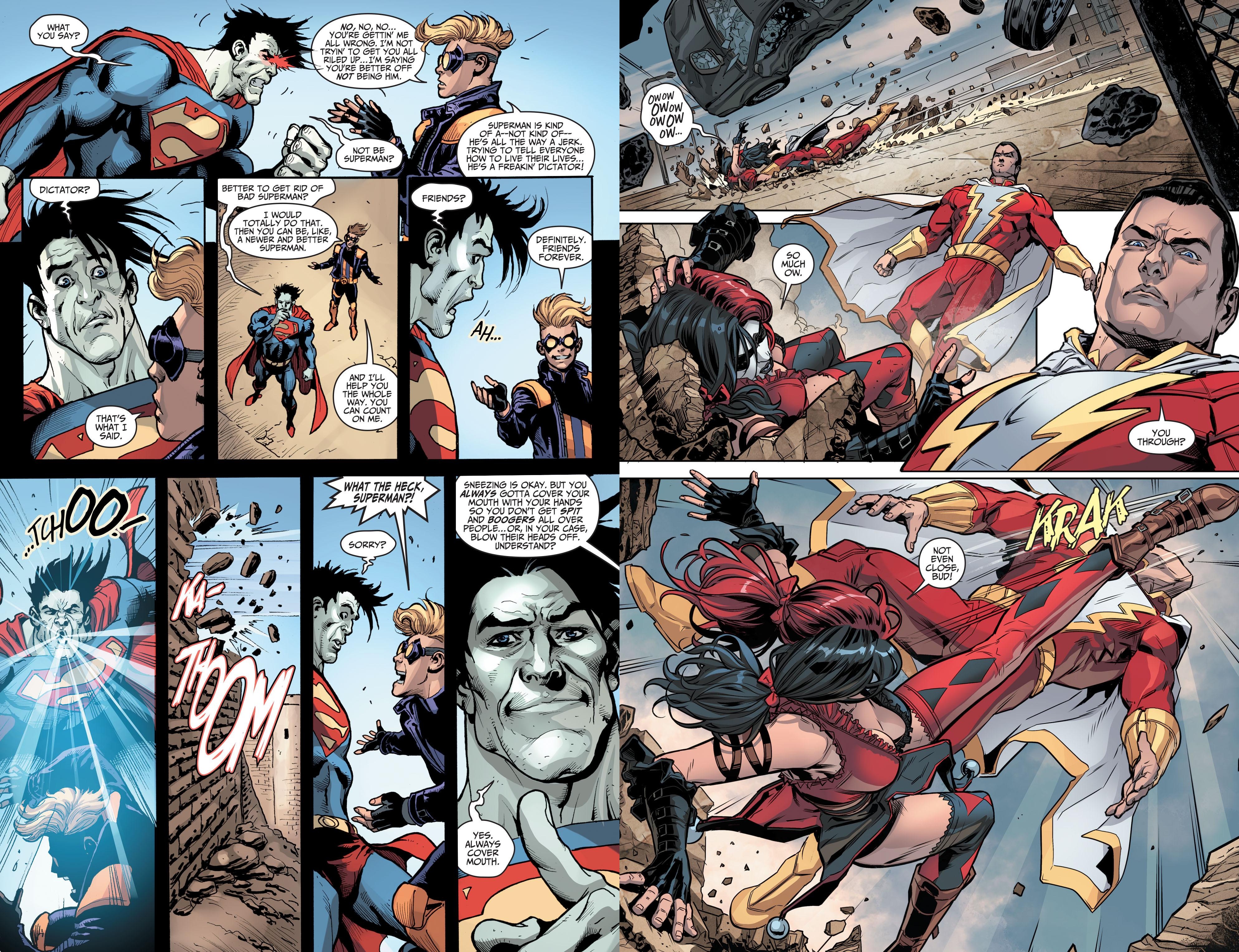 The opening volume of Year Five was the most down to Earth of Injustice since the series began, featuring no alien or magical invasion, nor one by the Gods, just making good use of the opposing forces and DC’s villains. The wild card is what would in the regular universe be Bizarro, an imperfect Superman clone released into the world too early, and now under the influence of Flash villain the Trickster.

In Year Five Injustice has moved away from the template of twelve page chapters, to longer spotlights on specific characters, and that works particularly well with the Trickster and Bizarro, but Brian Buccellato has enough imagination to weave decent chapters around other cast members. More so than any book since the first, Superman is an eminence grise. There’s no forgetting he’s taken charge of Earth, and he’s in every chapter, no longer content to have anyone contradict him. One of the delights of the series throughout is his interactions with Bruce Wayne’s butler Alfred, and there’s another presented here. “I suppose that’s why you’re here? To offer your seething disapproval of my opinions?”, offers Alfred scathingly, “or perhaps you intend to bully me into retracting my statements”. As well conceived as the dialogue is, it’s matched by the insight into Superman, now not shy of killing people he disapproves of, only just holding back his rage, and this is a conversation with repercussions.

While every chapter moves the ongoing story forward, there’s a different mood to each also, and Buccellato plots a clever sequence leading one naturally into the next, making this volume very readable and his best work on the series to date.

There’s no problem with the art either. Tom Derenick and Mike S. Miller contribute the most pages, each of them very good, with Bruno Redondo, Marco Santucci and Xermenico backing them up. All the artists have the right idea about what’s needed, delivering the big moments when they come, and ensuring we know the individuals and what they’re thinking. One in particular seems to have regrets, and Derenick handles that well.

Unlike previous Injustice: Gods Among Us, Year Five runs to a third volume. All three are combined in the bulkier Complete Collection.