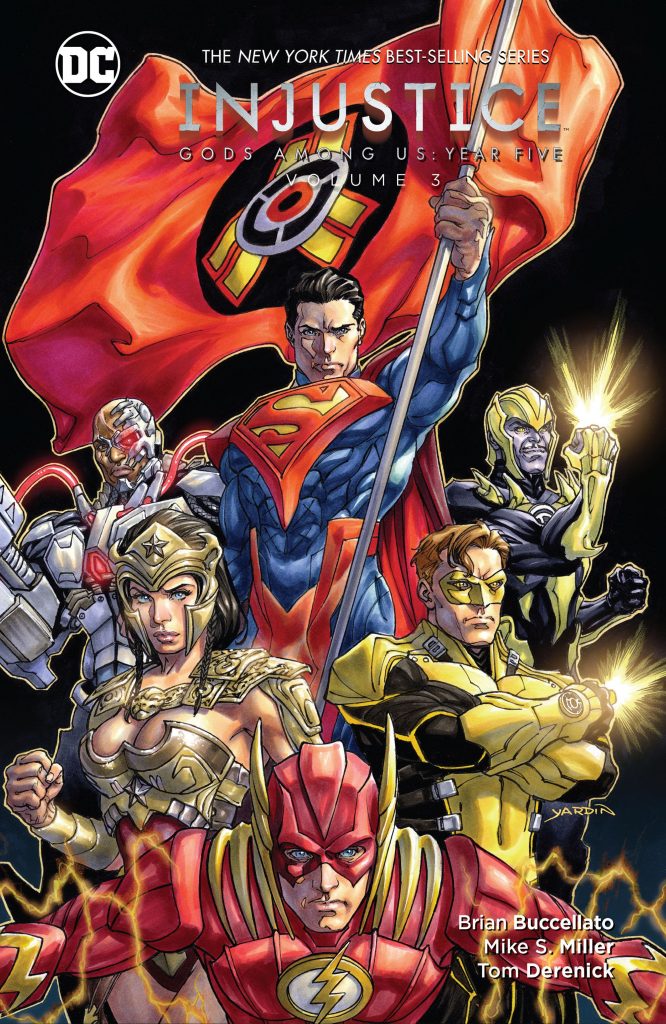 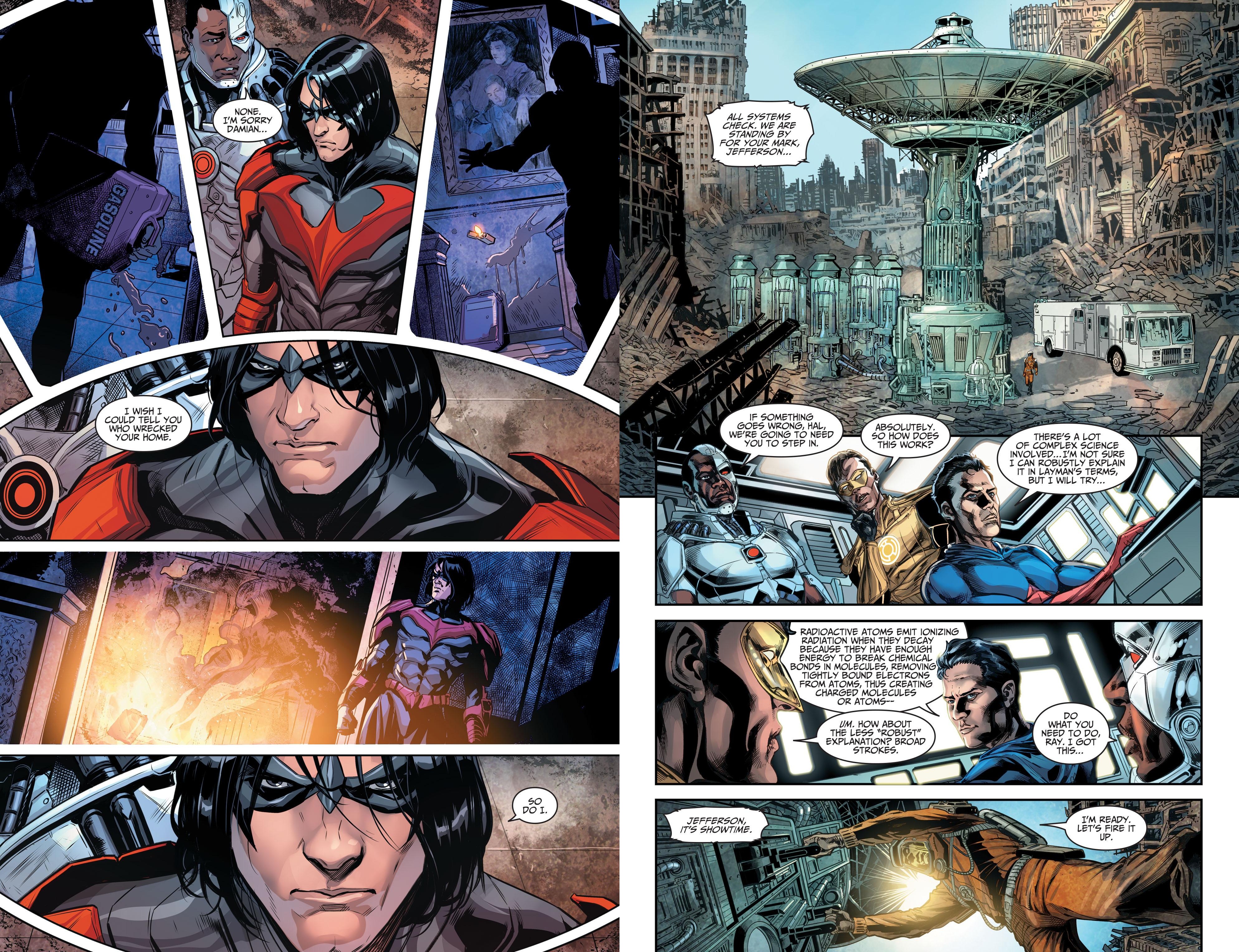 An unprecedented third hardcover volume was needed to cover Superman’s final ascent to the character he is in the Injustice game. By the end of Year Five, Volume 2 we’d already seen a callous dictator who may have established world peace, but as world fear, and with no qualms about killing large groups of people questioning his authority. And it had taken some time, but the Flash, always the most genial of DC superheroes, has been alienated.

There’s a definite feeling of Brian Buccellato wrapping up some loose ends as we head toward Injustice 2. He drops in on some characters not seen for a while, some of whom won’t be seen again, gives a couple of other characters new purpose, reinforces the idea that some independent regimes only exist via Superman’s say so, and, primarily, delivers surprises and excitement. The previous Year Five volumes have been episodic, chapters spotlighting a single character at a time, but the bulky middle section is one continued story cranking up the tension. Superman is tightening his grip on the world, and Batman is running out of options to stop him.

Mike S. Miller’s polished art has been mainstay of Injustice since the series began, but he only contributes the single chapter, with far more work from Xermanico (sample art left) and Marco Santucci this time. They’re a contrasting pair. Xermanico is the solid 21st century superhero artist who turns the job out professionally, but without ever providing a singular image that embeds in the head. He draws two key opening battles, both bloody. When he has the time, which isn’t always, Santucci’s prone to impressing with detail, and his Superman has a classically rendered look. Also on hand is Tom Derenick, who takes a more graphic approach.

Playing a larger role than usual is Lex Luthor, still the devious and manipulative scientific genius we know and hate in the mainstream DC universe, but here opposed to Superman despite still masquerading as his friend. As seen in the previous volume, there is still a residue of that friendship, a line that Luthor won’t cross, but he’ll also take an opportunity, noting “If there’s some terrible truth that comes out perhaps that’s how it was meant to play out”. It’s odd seeing a more kindly Luthor, for so long the archetypal villain, yet here in a savage world definitely more considerate, and convincingly defined by Buccellato.

As with the other Years, DC have combined the individual parts into the Complete Collection, one satisfying paperback. Buccellato has kept the pages turning as intended, and hands back to original series writer Tom Taylor for Injustice 2.