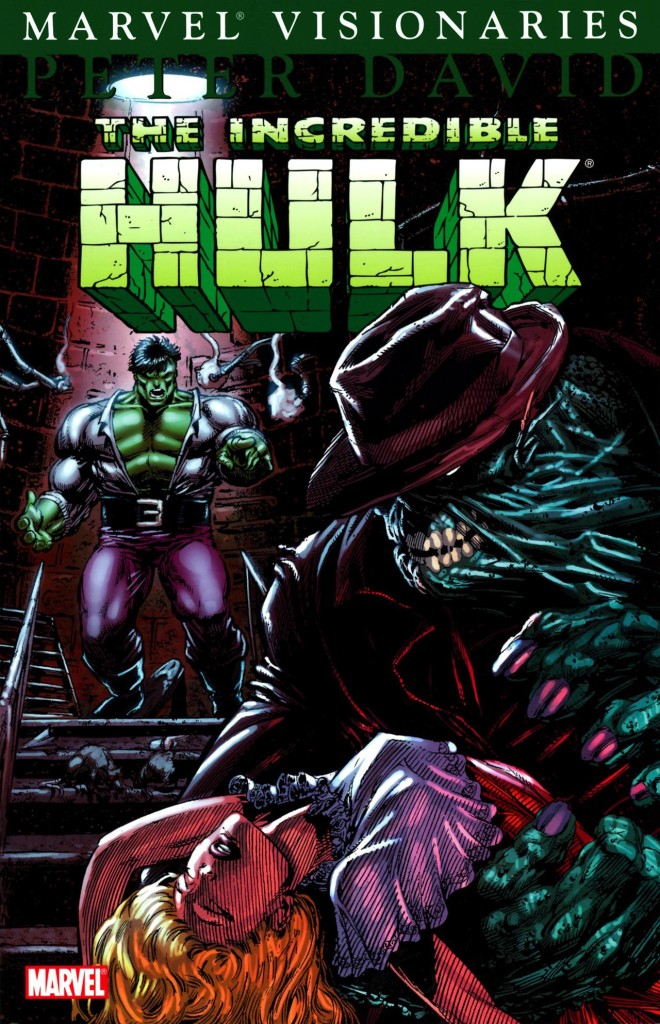 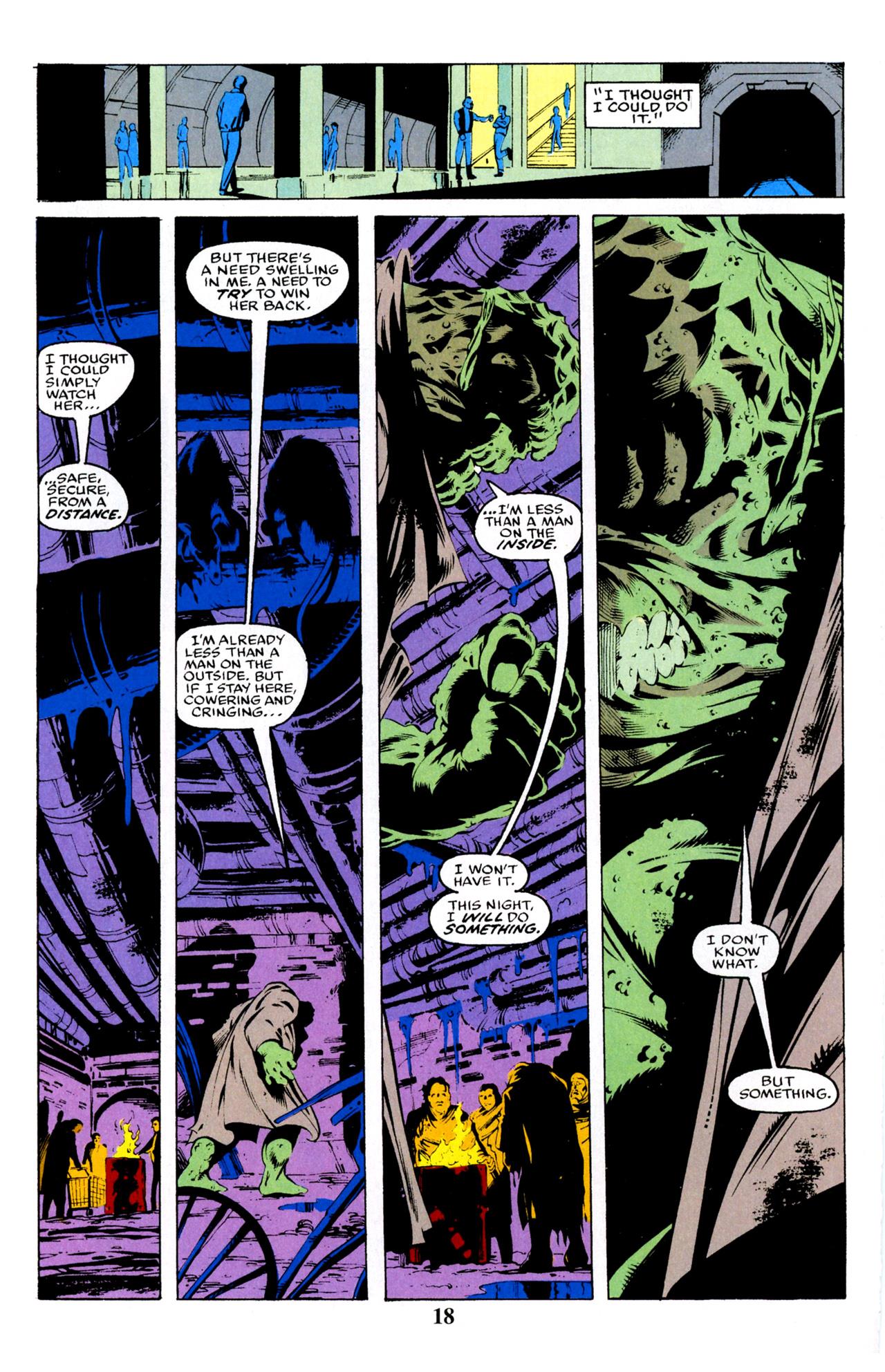 Much had changed for the Hulk when this collection picks up in 1991. His various personalities were revealed as rooted in violent childhood abuse, but are now integrated, resulting in a large green Hulk with Bruce Banner’s intelligence. He’s further been approached by a previously unknown group of superheroes, the Pantheon, to contribute to their agenda of making the world a better place. Leaving aside the convenience of the Pantheon so far surviving under the radar, volume 6 was a complete head rush.

In this volume Peter David reveals more about the Pantheon and their purpose, and starts by setting the Hulk against old adversary, the Abomination. Also a casualty of gamma radiation, Emil Blonsky’s body was mutated, but he retained his intellect. Here David uses him as a stand in for what appears to be a partial parody of the then popular Beauty and the Beast TV show, before supplying yet another startling change for the Hulk. That’s part of yet another Marvel crossover event (Infinity Gauntlet) that David adroitly avoids, grudgingly utilising the background, but ensuring his own material is prioritised.

David also works well with Betty Banner, re-establishing her as a relatively strong and independent woman from the self-pitying victim she’d become under previous writers. This has been a work in progress, and her banter with Marlo and willingness to prioritise her own needs are refreshing.

Like Todd McFarlane before him, artist Dale Keown improved immeasurably while drawing the Hulk. The sample art is from the opening chapter as the Abomination stalks the sewers, but it’s fascinating, decorative and detailed, despite being a minor scene setting page. Keown puts the work in here, and his other pages astonish. Towards the end of the book, though, there’s a change and he starts giving many of the supporting cast the Joker’s chin, which isn’t pleasant. He’s infinitely better though than fill-in artist Ron Wagner, perfectly capable, but without an individual flair. John Romita has that, but the re-telling of the Hulk’s origin he illustrates wrapped in a cautionary tale is overwrought and melodramatic.

Elsewhere David provides a variation of the ‘would you kill Hitler if you could travel back in time?’ plot, the Hulk’s former partner Jim Wilson turns up to join the cast, not as healthy as once he was, and there’s the intrusion of a version of real world politics. “Despite the brayings about a new international brotherhood, the government’s perfectly willing to ignore human rights violations if money and energy interests are involved”, explains Hector, sadly still the case almost thirty years since that line was written. That, though, is a plot for the following volume.

The closer is included for completion purposes, being part of the run, but not written by David. Tom Field pitting the Hulk against the Man-Thing is unremarkable, but Gary Barker’s art shows great promise. His layouts are strong and he has that Berni Wrightson influence that Kelley Jones would popularise in the 1990s. Instead Barker would go on to draw Garfield newspaper strips for Jim Davis, presumably lucrative work.

As a collection this is an entertaining batch of stories of the Hulk in a comfort zone. While David was popping out ideas and snappy dialogue it didn’t matter that he’d completely subverted what the Hulk traditionally was. However, there aren’t any monumental surprises as there have been in previous books. One final volume remains in this series.