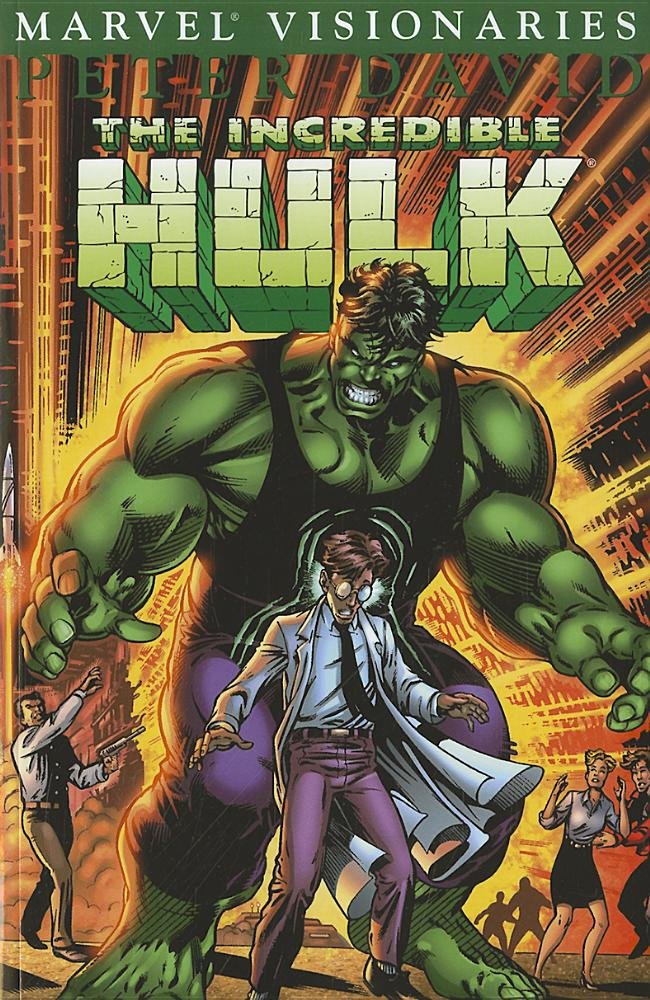 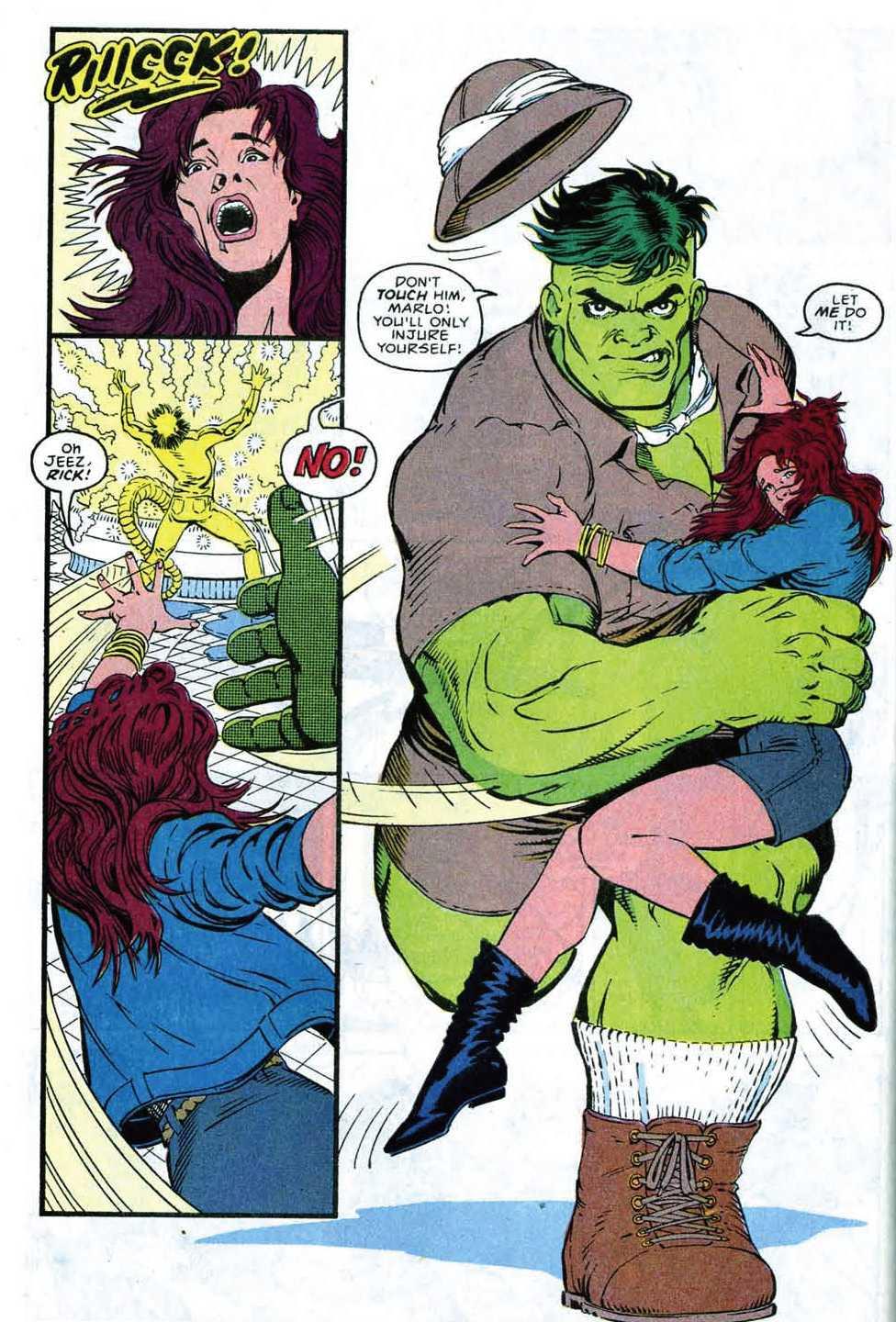 A Visionaries book collecting only six issues of the Hulk may seem slim pickings, but one of those is a giant-sized anniversary issue and to bulk up the book there’s also a related issue of X-Factor and a Hulk annual. Collectively when they’re together it’s Peter David and the primary art team of Dale Keown and Mark Farmer really hitting a groove, although the Joker’s chin on Rick Jones remains a jarring artistic eccentricity. When other artists are involved, the work isn’t as compelling.

As presaged in the previous volume, a year after it occurred, the real world deployment of US troops in the middle east provides a loose basis for the opening three part story in which the Hulk and the Pantheon take on American forces helping to keep a dictator in power. When their intervention becomes apparent, X-Factor, then government sponsored, are shipped in to maintain the status quo. David perhaps over-eggs the music hall villainy while maintaining the tension and making his points about US foreign policy. There’s an associated story featuring a side battle drawn in basic fashion by a young Tom Raney.

The anniversary issue ties in with the Hulk’s origin, and is surprisingly the weakest in the book, melodramatic and contrived, and while nostalgia kicks in at seeing Herb Trimpe illustrate a tale of the grey Hulk, this isn’t David’s best either. One page illustrations of the Hulk’s classic battles by the likes of Gil Kane and Jim Starlin are nice, though, with Walt Simonson supplying a stunner. What was the annual has some very early art from Travis Charest, not yet the full article, on a whimsical tale and far better drawing from Kevin Maguire (sample art) on the first part of a story originally stretched across four annuals and reforming the Defenders. David’s opener is sprightly, but the remainder, by other creators, didn’t live up to this, and are represented in synopsised form only.

The final story is another gem, as the Hulk returns to Las Vegas for the funeral of his former benefactor Michael Berengetti. “The point is that Mike was one of the few men who extended friendship to any of my varied incarnations”, explains the Hulk, but the Punisher’s also in town. It’s a type of those story David’s very polished at producing, in which the comedy stems from the confidence of the Hulk’s assailants that they can deal with him, and the anticipation is of the righteous retribution that’s heading their way. It’s peppered with smart dialogue and even better for the introduction of a familiar Marvel villain in the concluding part, where the mayhem escalates.

This is a frustrating collection. At its best it’s David and Keown firing on all cylinders, but that combination are all too often interrupted.

After this volume Marvel ceased the Peter David Visionaries series, and the remainder of his run continues in massive Epic Collections, the first being Ghost of the Past. Alternatively, there’s also the 1990s Ghost of the Past collection, featuring the four issues that immediately followed the final story here. 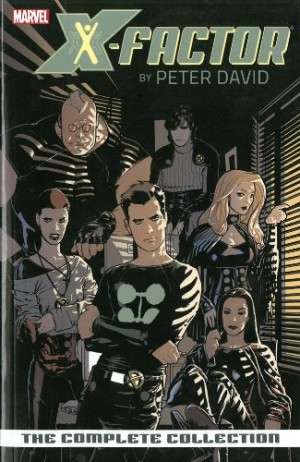 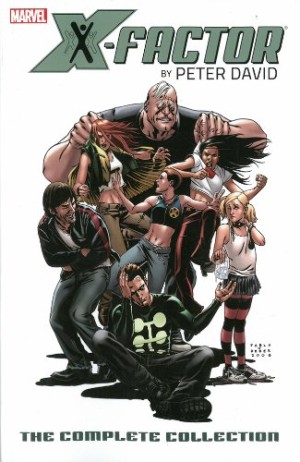 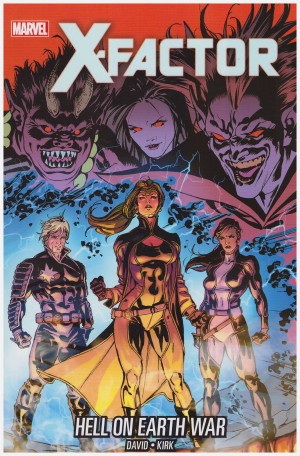 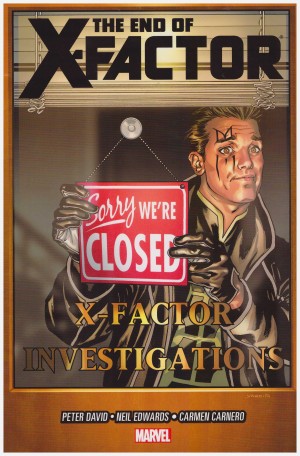