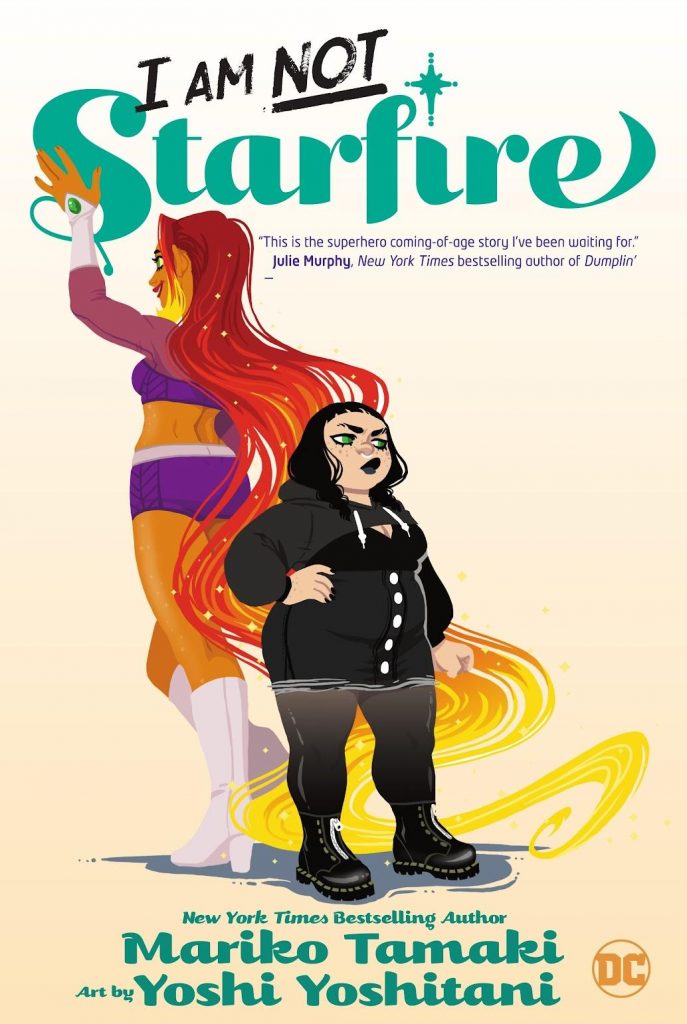 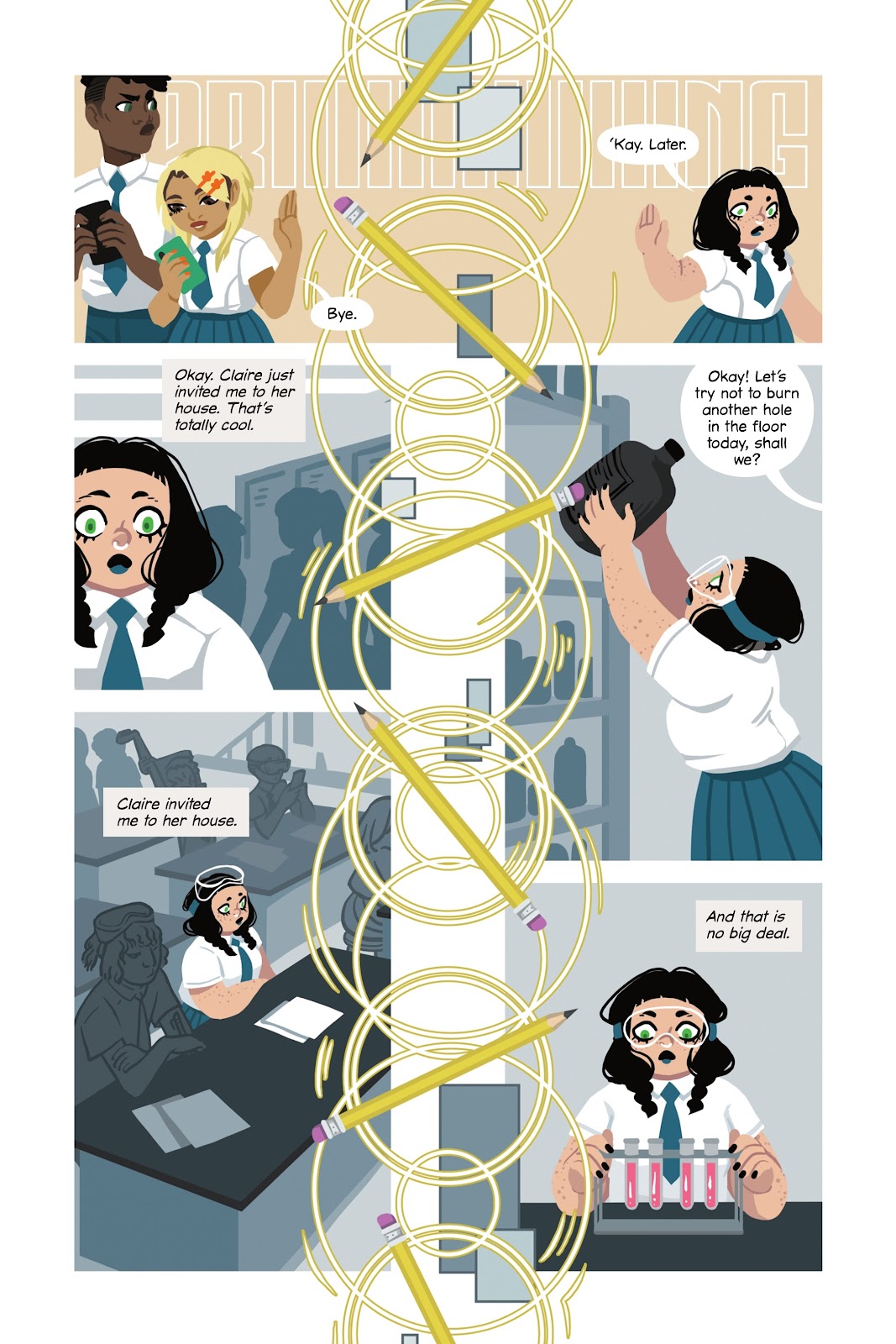 The assorted Teen Titans are a natural choice for explorations in DC’s young adult publications, the intended audience having grown up with Teen Titans Go! However, as seen in the Aqualad, Beast Boy and Raven selections, these are alternate versions of the Titans, and Mariko Tamaki continues that theme by presenting Starfire as an adult mother while the focus is on her teenage daughter Mandy. She is most definitively not Starfire.

Tamaki establishes what it’s like growing up as the daughter of a celebrity, and why that might cause resentment come puberty. “She wears less than a yard of fabric to work every day, yet somehow I’m the one who’s dressing weird”, Mandy notes. There’s a great scene where the Titans are round at the house discussing something, which to almost every other teenager would be a source of awe and prestige, but to Mandy their presence is a nuisance.

Mandy’s body type differs greatly from her mother, and Tamaki provides an entire picture by also considering the awkwardness of sexual identity. This is sympathetically drawn by Yoshi Yoshitani. While Tamaki’s first person captions tell us what Mandy thinks, Yoshtani gives her life, providing the scowling front she maintains as protection for her insecurities, yet crucially also ensuring she remains a sympathetic person.

Starfire as an awkward mother is an interesting reconfiguration, yet perfectly presented by Tamaki and Yoshitani, who exploit natural reactions from a far from natural situation. It could be played for laughs, but while some scenes are intended to raise a smile, it’s never at the cost of Mandy’s dignity. Eventually, though, Starfire’s superhero career becomes inextricably connected with Mandy’s problems, and that changes the story and the focus. It works in building understanding between Mandy and her mother, but for a while it seems the cost will be jettisoning much of what’s made I Am Not Starfire interesting. That doesn’t happen. Tamaki provides a bridging scene, not a new path, and Yoshitani’s brief superhero action pages sparkle.

Keeping Mandy central is the key to not losing focus, and while the end result is possibly predictable, it’s the attention to personality that ensures I Am Not Starfire remains enjoyable from start to finish.

The adult content noted for what’s obviously a young adult publication concerns swearing, probably nothing the intended audience haven’t heard for much of their school lives.