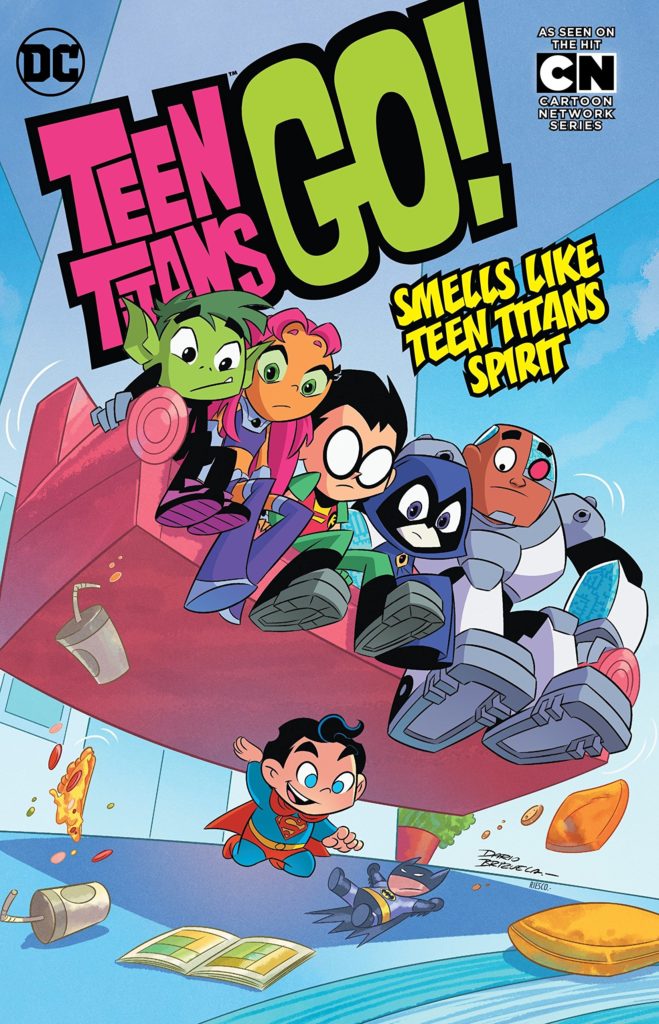 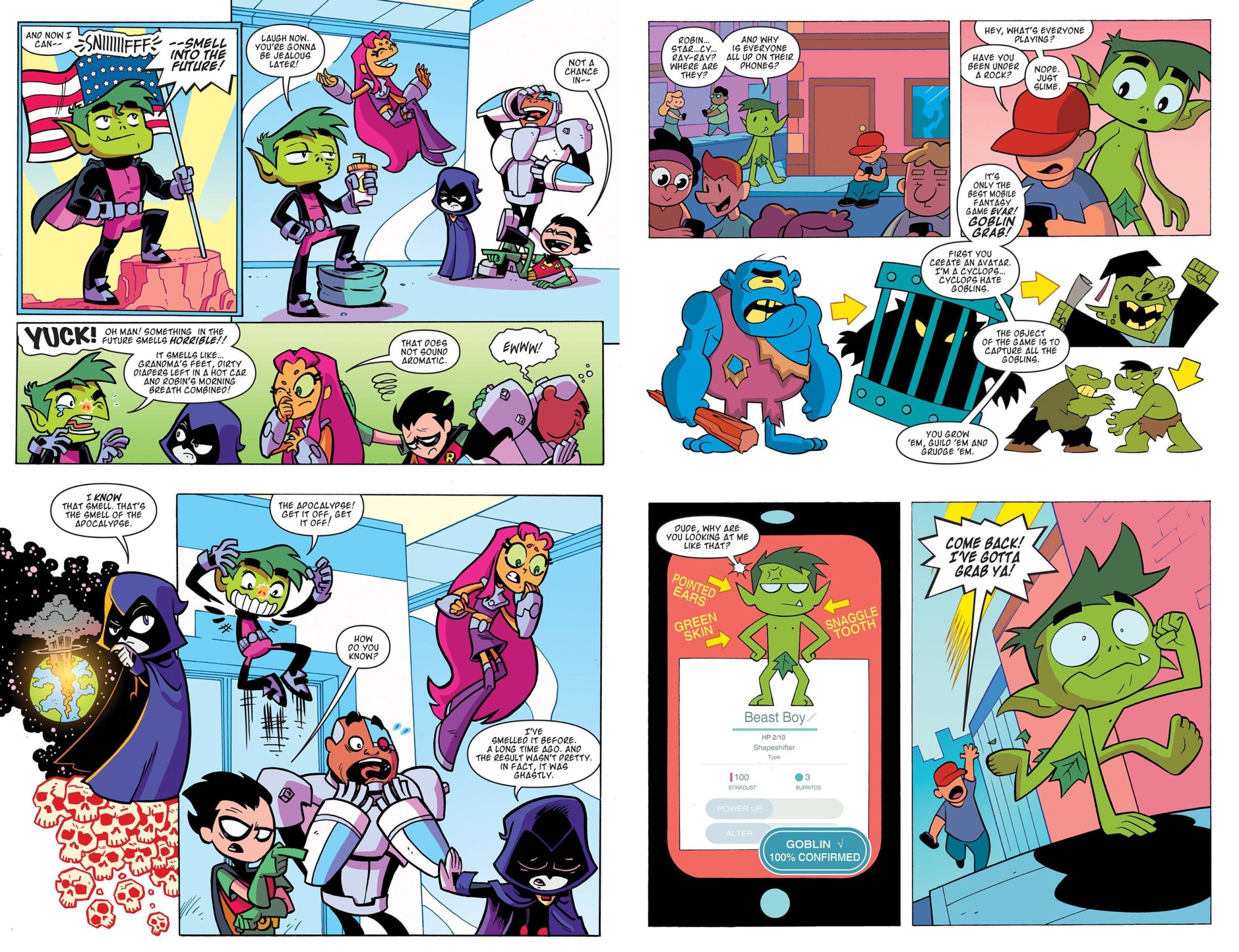 A joy of the Teen Titans Go! collections is how the wackiness of the TV show is transferred to the comics, and that’s whether or not primary writer Sholly Fisch is involved. This should be par for the course, the intention of every title adapting a TV show, yet the real successes aren’t as common as they should be.

The nuttiness picks up straight from Mumbo Jumble. This is a reality where Raven’s father Trigon can have a mid-life crisis that might trigger the apocalypse, so the best solution is to go to his party. He’ll later turn up on Spring Break as well. Or where a sick herring requires a coronation. We have the Titans needing a new HQ after Beast Boy leaves a pizza in the over too long, Raven as guest judge on America’s Got Talent, and in the final story the Titans finally head into their mail. Smells Like Teen Titans Spirit, the title taken from Nirvana via a Heather Nuhfer and Paul Morrissey story, boasts more creators than any collection to date, yet that hasn’t harmed the quality. It’s still fun all the way through, with each of the artists capturing the show’s wild spirit. Regular Marcelo DiChiara and relative newcomer Derek Fridolfs provide the sample art, with Fridolfs the only artist to write his stories as well, his best being the Titans having to sell their services.

Perhaps Scooby-Doo Team-Up is taking more of Fisch’s time, as he only contributes three of the twelve shorts. The Titans Prom is a neat idea that never really catches fire, but he’s on top form for the Titans having a unique babysitting problem, and is also responsible for the beach party. He’s back in the swing for the majority of Falling Stars.