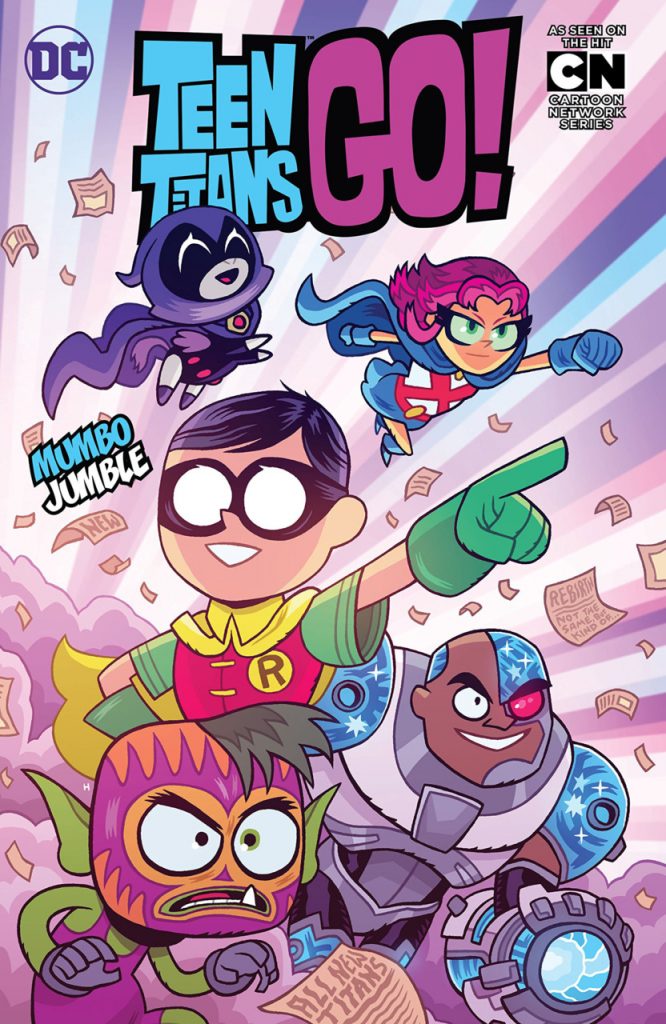 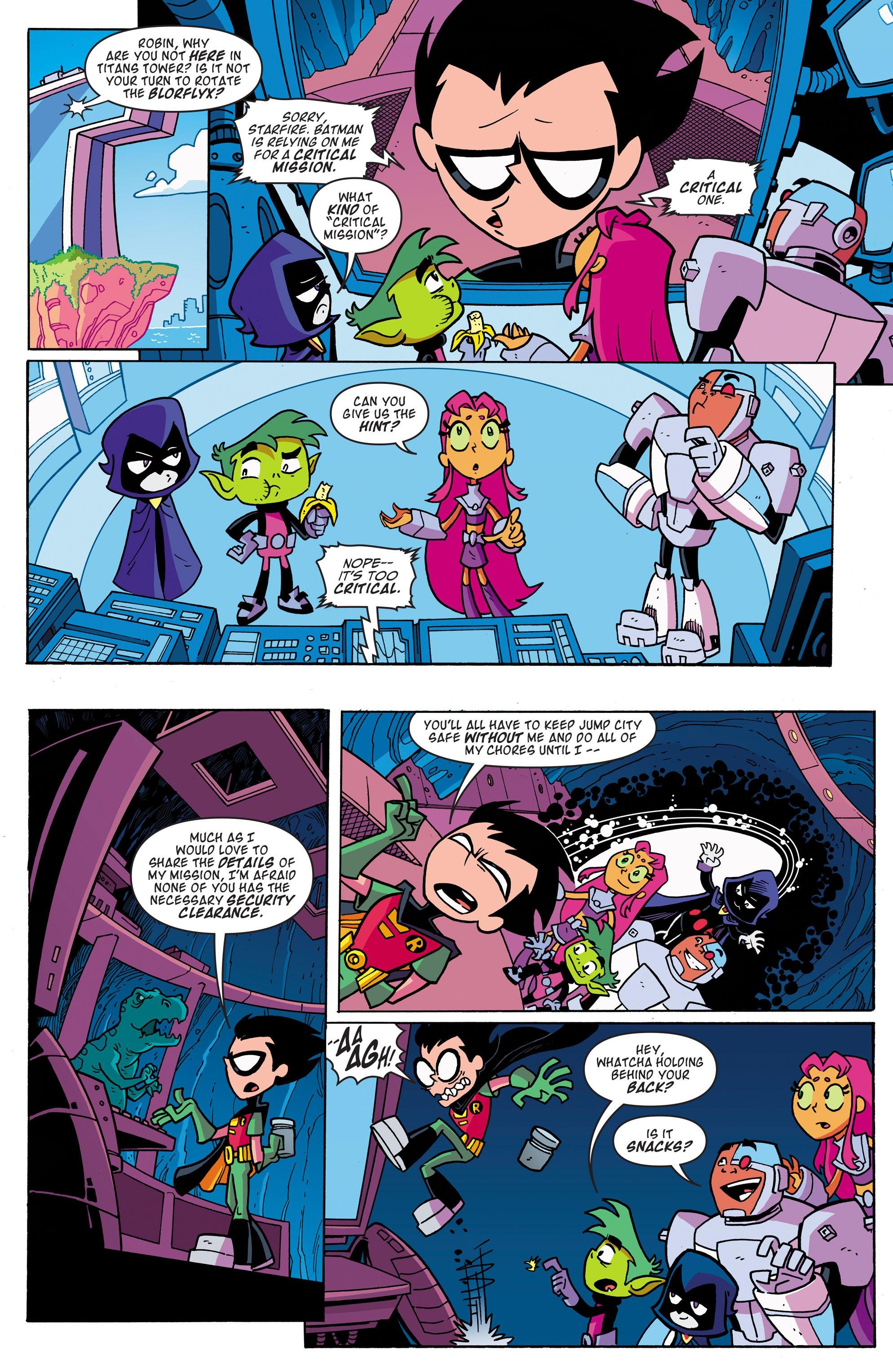 The consistently high quality content of Teen Titans Go is maintained in Mumbo Jumble, and unusually for a post 2010 DC all-ages title, that’s not just down to the hilarious writing of Sholly Fisch. Scripts from other writers match his inventiveness, even if not everyone has his fine ear for dialogue, and the eleven stories here form the best collection to date of a good series.

Although by no means bad, it’s odd to find the collection titled after one of the weaker stories. Derek Fridolfs writes and draws the Titans having their powers switched. This isn’t the place for deep soul searching, but the comedic potential is reduced to a few gags about screw-ups. Fridolfs, however is one of the few writers who makes Raven a central character. Is it because almost all the writers are male that she and Starfire are more often than not just hovering in the background while Beast Boy and Cyborg hog the main roles? Ivan Cohen’s script concerning Starfire’s illness also toys with identity switching, and works its way to a very strange ending. It’s one of several occasions when themes are repeated, shrinking Titans being another.

The sample art is the work of Marcelo DiChiara starting a Fisch strip in which the Titans take a road trip in the Batmobile (classic 1960s version). The script is dragged along by the certainty that the Titans will at some stage wreck the Batmobile, but otherwise heads into unpredictable gag-packed places. Fisch and Di Chiara are also responsible for the final tale, ‘TV or Not TV’, the only one extended past ten pages and the best in the book. Starting with the Titans hearing a TV crew wants to make a show about them, each of the Titans imagines how it will feature them. DiChiara’s adaptable enough to switch to different styles of cartooning to depict each sequence, from the 1960s Hanna Barbera stiffness to a ghastly saccharine unicorn show, and the laughs just keep coming. It’s some achievement in a compact twenty pages.

Yet another winner, and the series continues with Smells Like Teen Titans Spirit.