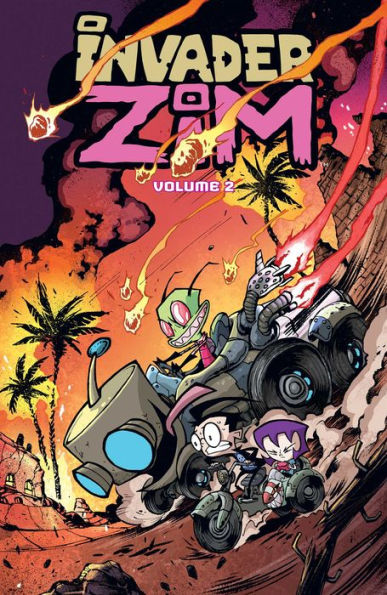 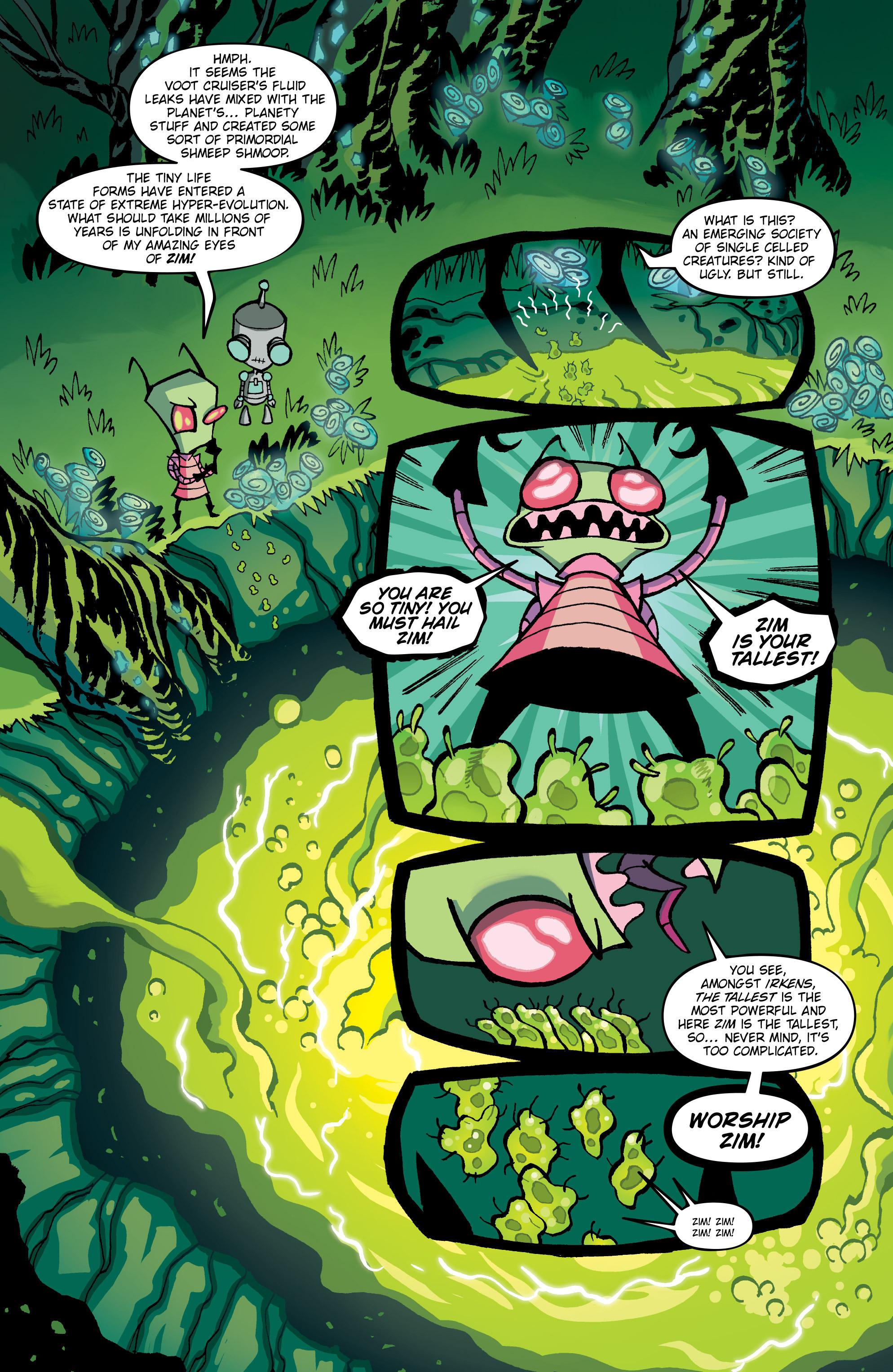 The opening volume of Invader Zim was published a decade after the cancellation of the fondly remembered animated series. It strongly featured the hand of series creator Jhonen Vasquez and was drawn by series designer Aaron Alexovich. Vasquez is largely absent here, but barring a chapter written and illustrated by KC Green, Alexovich is still in the saddle on layouts at least.

Green’s opener has the appropriate wacky page designs, but provides a perfectly acceptable contrast by not working in quite the frenzied fashion of Alexovich. His plot is also good, with Zim coming up with a complicated method of getting a bank loan to buy a weapon of planetary destruction, from which mayhem ensues. It’s fun, but could have been a little more compressed. His shorter tale about the memory eraser works just fine if only it could be remembered.

The same art team also illustrate Eric Truehart’s tale of alien pants, which is silly and surreal, but not up to the rest of the content. Trueheart working with Vasquez on the following tale is far better for being more imaginative. Dib infiltrates Zim’s hub to work as his intern in order to obtain more convincing footage of Dib’s plans to upload online. It’s the best piece in this collection, which leads to the inexorable conclusion that Vasquez’s presence is required for the best Invader Zim material. There were some beautifully bleak moments in that first volume, and the only story matching that here has Vasquez and his dark sense of humour involved.

The closing effort is by Dennis and Jesse Hopeless, with Crosland alone on art. It begins well enough with the agony of the school talent show, but devolves into a long chase sequence, something the animation would cope with better than comics.

As a collection this is less satisfying than the first. Crosland working from Alexovich’s layouts supplies a consistent look, but what’s presented is a selection of stories that fit the manic brief with well plotted gags, but lacking an edge.

This content along with Invader Zim 1 and portions of Invader Zim 3 is also available in the oversized first Invader Zim Deluxe Edition.