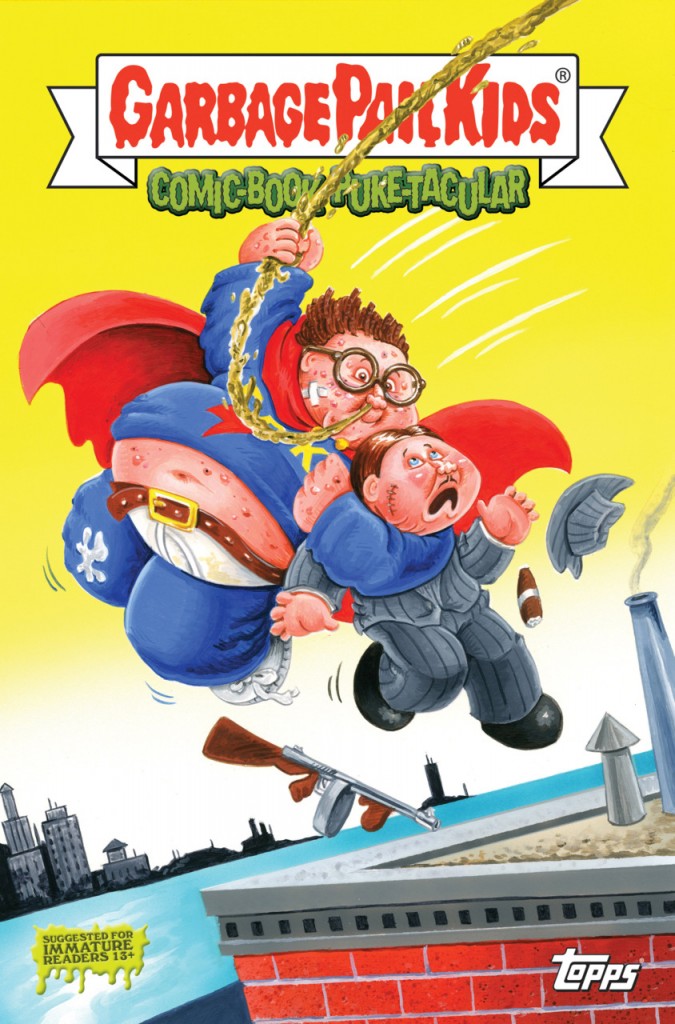 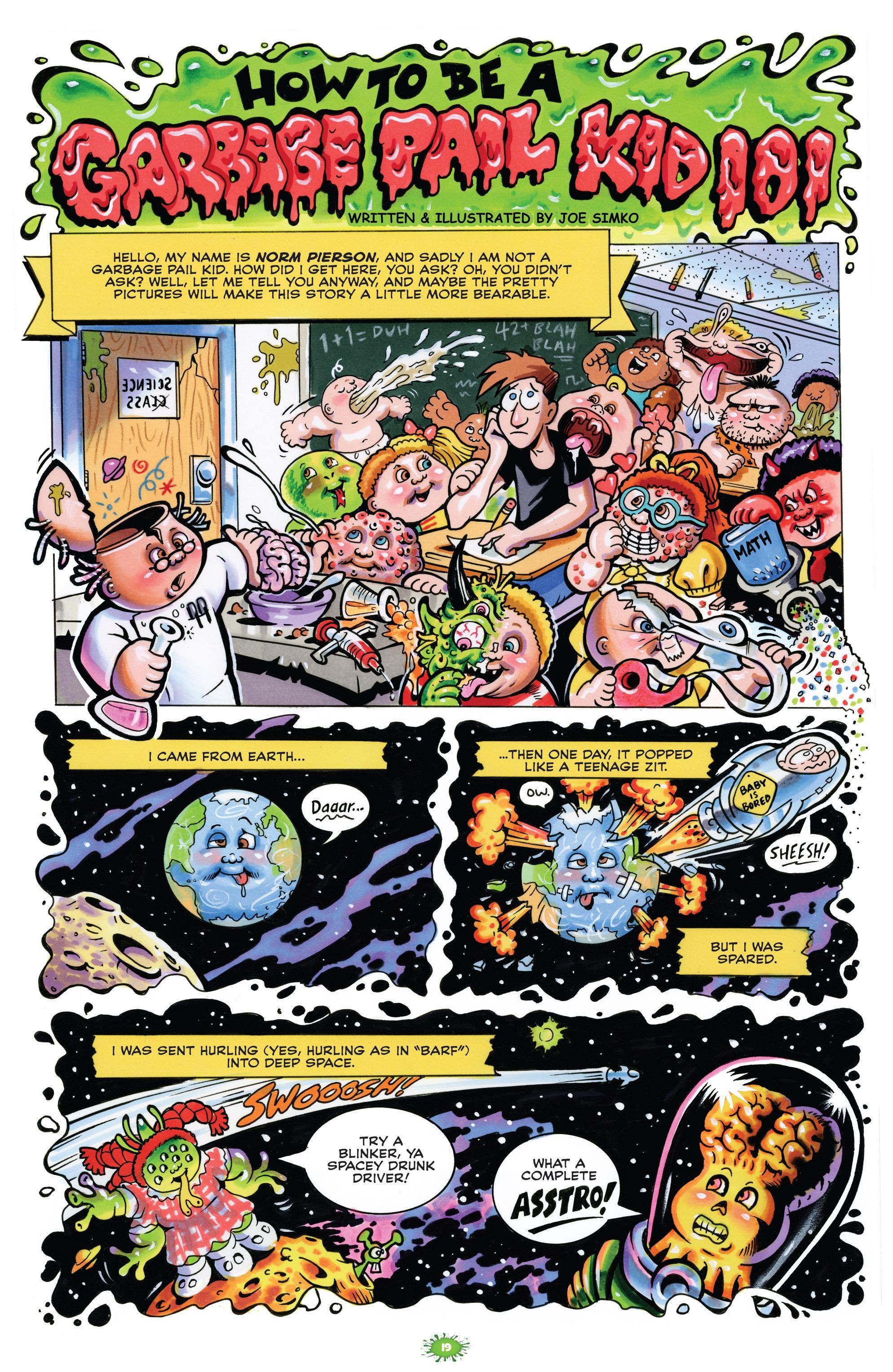 The Garbage Pail Kids were a spectacular last hurrah as an originated trading card phenomenon before sports cards and tie-ins to existing properties expunged originality from the gum racks. Conceived by Art Spiegelman of all people, each card featured a scabrous pastiche of the then popular and excessively twee Cabbage Patch dolls, initially all painted by John Pound. The children depicted were all either terribly deformed or undergoing a horrific demise, yet maintained a beatifically cheerful expression.

Crudity and poor taste characterised the cards, offending parents and delighting children, and that brief is carried through to these short stories starring the characters. Bill Wray and Hilary Barta’s depiction of Potty Scotty’s escapades has to be seen to be believed, but as good as some of the art is, it rapidly becomes apparent there are shortcomings. They’re primarily to do with transferring characters created for a single joke illustration into stories they’re not strong enough to carry. It’s a difficult ask, and very few of the creators are up to the task despite including the likes of Peter Bagge, Bob Fingerman, Dean Haspiel, Sam Kieth and Roger Langridge. All are better when producing single page pin-ups for the back of the book.

In terms of story Barta’s contributions are the best, particularly mixing the Garbage Pail Kids with their spiritual predecessors from Mars Attacks! Joe Simko (sample page) is the standout artist. He worked on the later series of Garbage Pail Kids cards, directed a documentary movie about them, and has a style that fuses the detail and sensibilities of underground comics with sanitised friendliness of kids cartoons. It’s creepy, yet busy and appealing.

Garbage Pail Kids is a project that promises much, but fails to deliver.