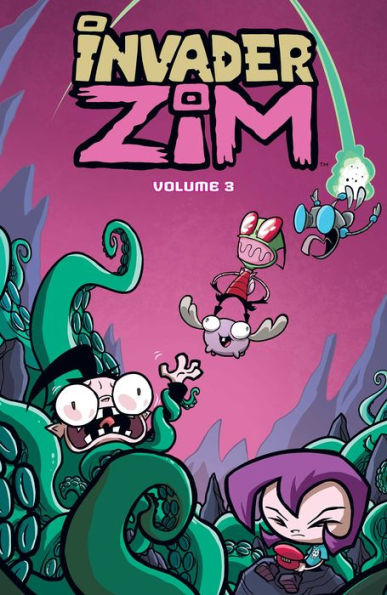 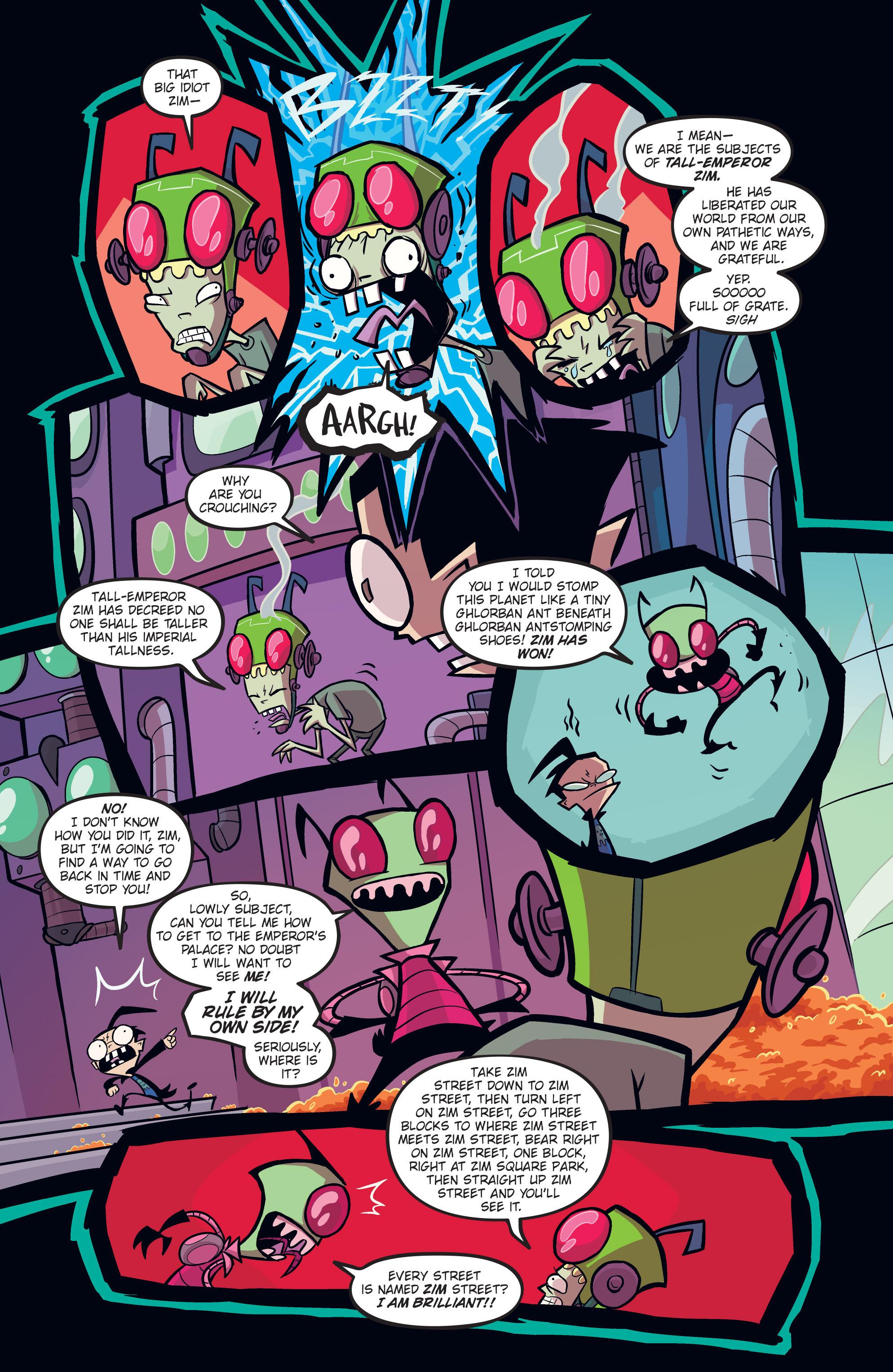 The alien Zim plans to either take over or destroy Earth, but only Dib knows this to be the case, able to see through Zim’s disguises and plots where no-one else can. As in volume two, the opening episode is the work of a writer/artist, in this case Sarah Andersen, while the remainder has the consistency of Eric Trueheart scripts and a single artist, now Warren Wucinich.

Anderson’s work has a solid basis, but stretches out the simple plot of Zim discovering Dib’s weakness too far. It could have been told in about half the number of pages. Eric Trueheart’s background includes contributing to the original Invader Zim animated series, and his work has a greater density, and therefore more laughs. He starts with a trip to the future where Zim has succeeded in taking over Earth, but it’s not all that he expects, and follows that with Zim discovering a potion that enlarges everything to humongous size. Again, Trueheart’s plotting leads away from the obvious for another funny story. Zim’s absence for almost the entirety of a tale in which Dib goes searching for proof of the Squishsquatch’s existence is fatal, and it makes for the weakest of the main stories.

Wucinich returns to the style of layouts favoured by the series’ artistic designer Aaron Alexovich, overlaying smaller panels on larger illustrations, literally the bigger picture. It gives the series a unique artistic imprint, and while taking some getting used to, it’s an effective alternative method of telling a story.

The finale has Dib, Zim and their classmates speculating on their missing teacher Ms Bitters, and why a woman who dislikes children so much would become a teacher. Trueheart and Wucinich supply the framing elements, with Wuchinich drawing some of the small interludes when other creators contribute their ideas. Ian McGinty, KC Green, and Danielle Koenig’s effort don’t really hit the spot, so the best of them is Jamie Smart’s Lost pastiche, with a young Ms Bitters surviving a plane crash on a remote island with others who start disappearing. The collection also features short back-up strips by Dave Crosland, Jarrett Williams and Megan Lawton, but again, these are ordinary.

When Trueheart’s on form he’s the best Invader Zim writer other than series creator Jhonen Vasquez, but that’s only on a couple of stories here, and his strength is fast-paced slapstick gags with a surreal twist. These are very good, but lack the occasional cruelty that made the first volume the funniest.