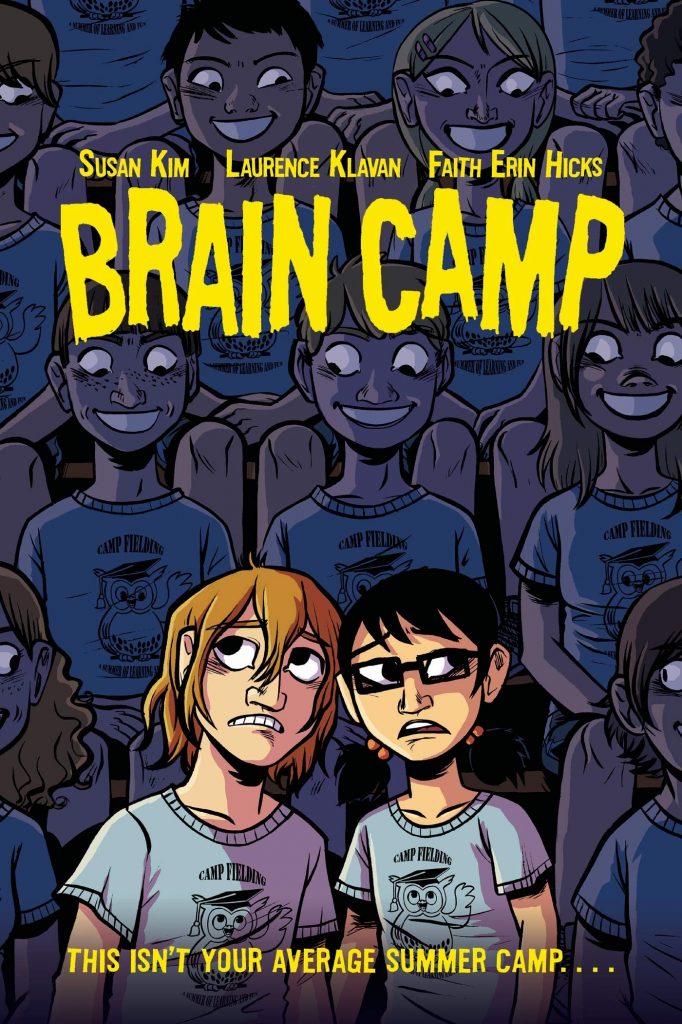 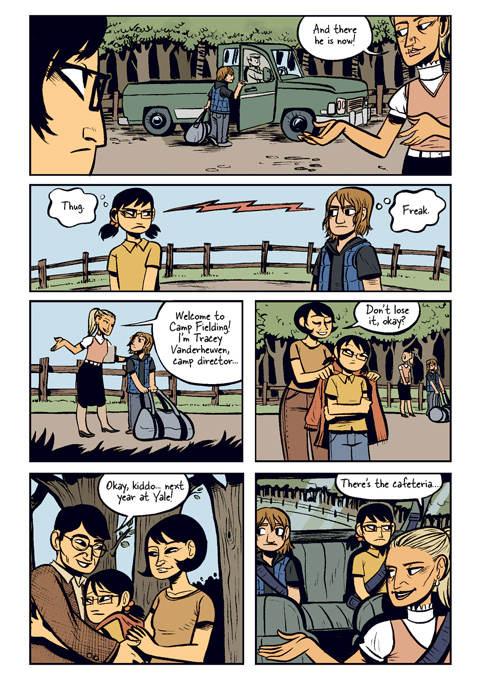 In the deep woods two kids from a Summer Camp are undertaking an orienteering exercise when one of them is taken ill. One minute Clerkson is his usual obnoxious self and then he’s having a fit, choking, and coughing up feathers.

Soon after in New Jersey, Jenna Chun is still disappointing her go-getting doctor parents with her useless obsession about art, and over in Queens, New York, slacker Lucas Meyer is also a problem for his mother. Stealing cars, goofing off and generally wasting everybody’s time, he’s certainly destined for jail, just like his dad.

However things change radically when mysterious distinguished gentlemen turn up and offer both families a last-minute place for their problem children at Camp Fielding: America’s most successful educational institution for hot-housing failing kids and difficult “late bloomers”. Some all-expenses-paid places have suddenly become vacant, but if the parents want to guarantee that their problem children will grow into successful, contributing citizens one day they must start them the very next day.

Set in isolated woodlands the camp doesn’t seem that different from other Summer catch-up boarding schools, but there are a few oddities. No electronic devices, cellphones or games, no outside food  – and the dorm rooms are filthy. There are no lessons or teaching, just activities you can join if you want to, regular time-trials to solve a giant maze in the middle of the compound and, strangest of all for a specialist educational centre, the kids seem to be the usual mix of morons, geeks and bullies, some of whom suddenly become brilliant.

Lucas quickly makes a friend in perennial victim Dwayne, but when the new kid meets fellow late-starter Jenna it’s a case of mutual hate at first sight. That soon passes as Dwayne and a friendly girl named Sherry clue them in to the lay of the land; which kids to avoid, Cabins Three and Six where the genius boys and girls sleep, and the cafeteria with its nauseating beige and grey goo-food, bizarre nutritional regime and ice cream-based reward system.

While the remote setting and nearby woods provide buckets of spooky atmosphere, the true to life cast behave as might be expected until the kids make a life-changing discovery. Their established life skills become very useful in what develops into a conspiracy thriller seemingly extending into the heart of government.

Dark, seditious and creepily effective, this is a thriller with a bark and a bite that will satisfy the most demanding teen reader or aged savant, rendered in a loose and beguiling manner that easily combines innocent charm with clinical precision 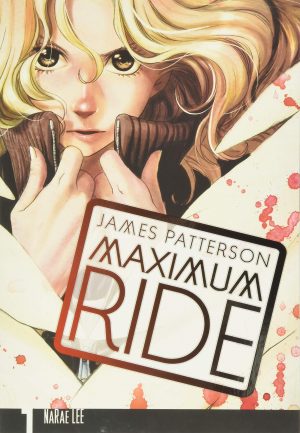