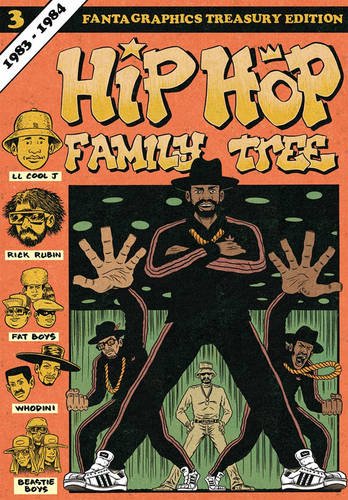 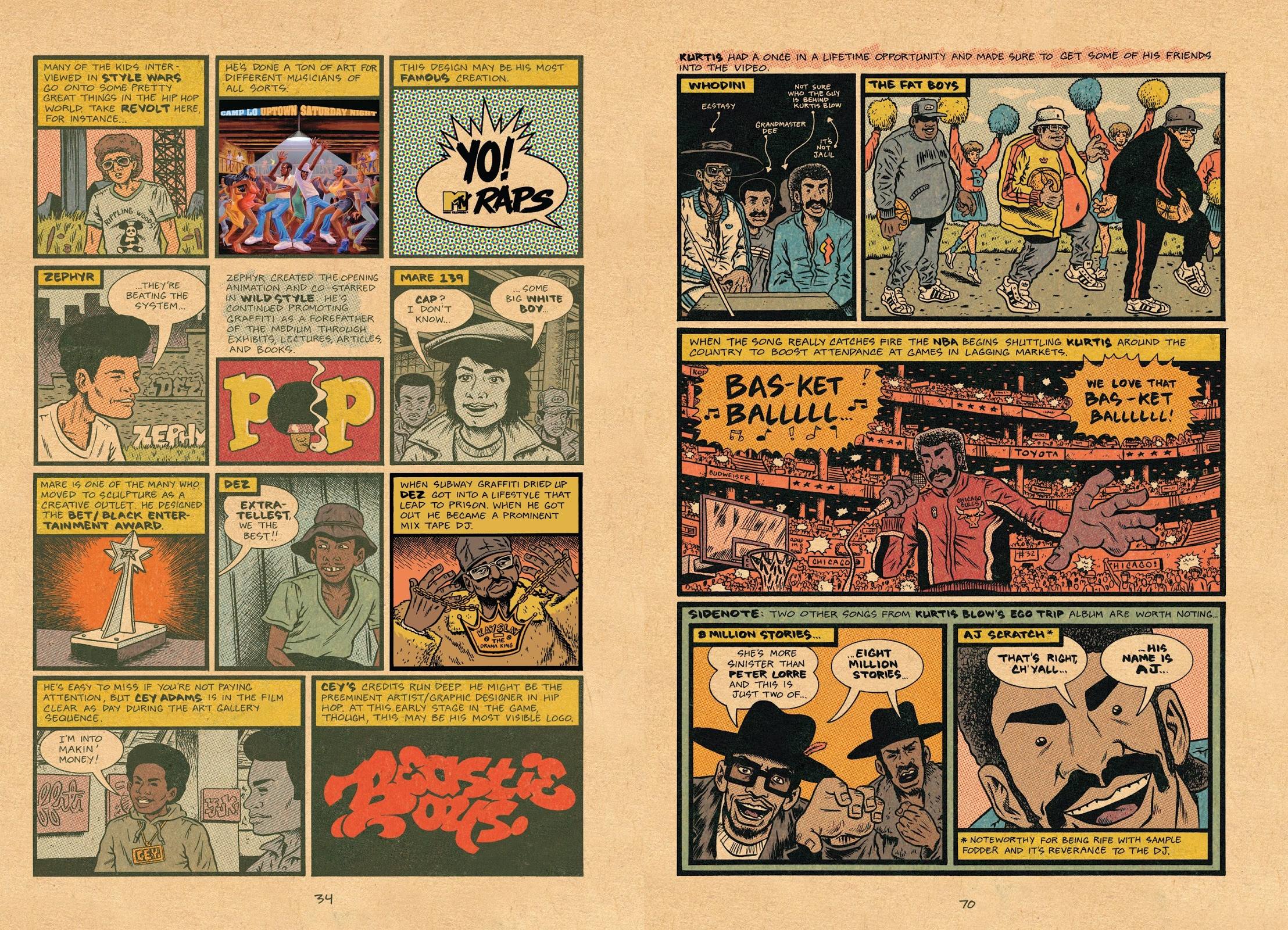 Volume 1 of Ed Piskor’s graphic history covered the roots of hip hop in the 1970s, through to the first tastes of commercial attention in 1981. By volume 2 things were hotting up, with a number of cult hit singles, and hip hop beginning to spread from New York City. Volume 3 supplies the busy period of 1983-1984 as hip hop makes some crucial steps into the mainstream. We follow the continuing stories of current and future players; The Beastie Boys, Kurtis Blow, Whodini, and are also introduced to emerging artists: LL Cool J, and the rival Roxannes.

By this time a few hip hop singles are reaching new levels of success. The controversial move of putting rock guitar on a Run-DMC record has Walk This Way, picked up by the new, but already influential MTV, so opening the door for other hip hop acts. The Fat Boys’ Swiss-born manager lands sponsorship from Coca Cola, and new watchmaker Swatch. Kurtis Blow makes a record about basketball. It’s such a success that basketball body NBA pay for Blow to tour in the hope of boosting attendance at games. There’s opportunities on cable access channels, and pursuit of access to ‘real’ TV.

Piskor has highlighted in earlier volumes that hip hop also encompasses graffiti artists and break dancers. Martha Cooper, and Henry Chalfont are on the streets documenting this photographically. We check in with graffiti artists like Futura 2000, and KRS-One, and drop into the west coast’s more dance based culture.

We’re reminded of the tough circumstances and temptations for many black youths, for example by the story of graffiti artist KRS-One. As a homeless person he has support to attend art college. He then uses his enhanced skills to paint a fake commercial van as camouflage for a drug deal, which in turn, lands him in jail!

The earlier volumes set the visual tone: 1970s style brush artwork affectionately acknowledged by the book looking like one of Marvel’s oversized, but still cheaply produced Treasury Editions of the time.

Piskor’s not a flashy artist, but he’s skilled at communicating information concisely and evocatively. He captures the little details that bring a book to life. The haircuts, clothes and poses – good and bad – all feel authentic. He’s also having fun with sequences like KRS-One’s car chase, and young LL Cool J’s excitement at meeting his heroes – now stablemates.

The book ends by setting up a key feature of the years to come. Full Force and the guys in UTFO have a surprise hit with their B-side track Roxanne, Roxanne. Flushed with success they fail to show for an appearance on the influential Rap Attack radio show. Angry, the show’s producers hire a young woman to record a response over UTFO’s beat, dubbing her ‘Roxanne’ Shante. UTFO, in turn find another Female MC to rap a response under the name ‘The Real Roxanne’. And so was born the tradition of MC battles played out on records.

This is a work of huge scale and ambition. Piskor’s research is deep, he chooses well what to tell us, and really brings it to life. At time of publication, Piskor was only in his early thirties, but at this rate the series could well be his life’s work!

If you’re interested in hip hop or the processes of popular culture you can’t go wrong with this. People interested in graphic novels looking at real life and history should enjoy this too.