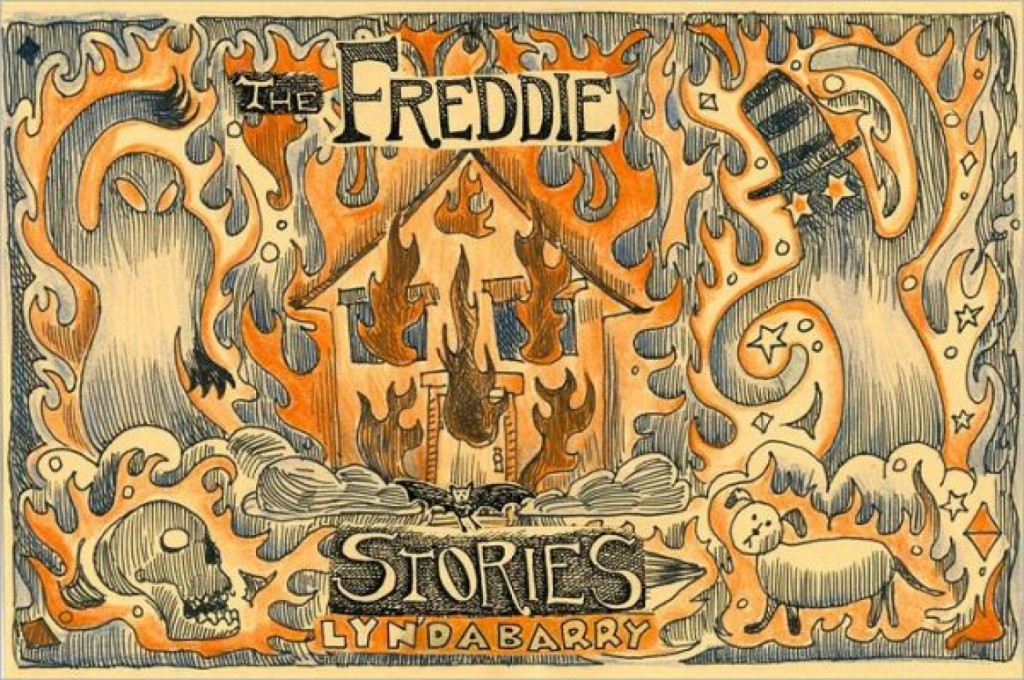 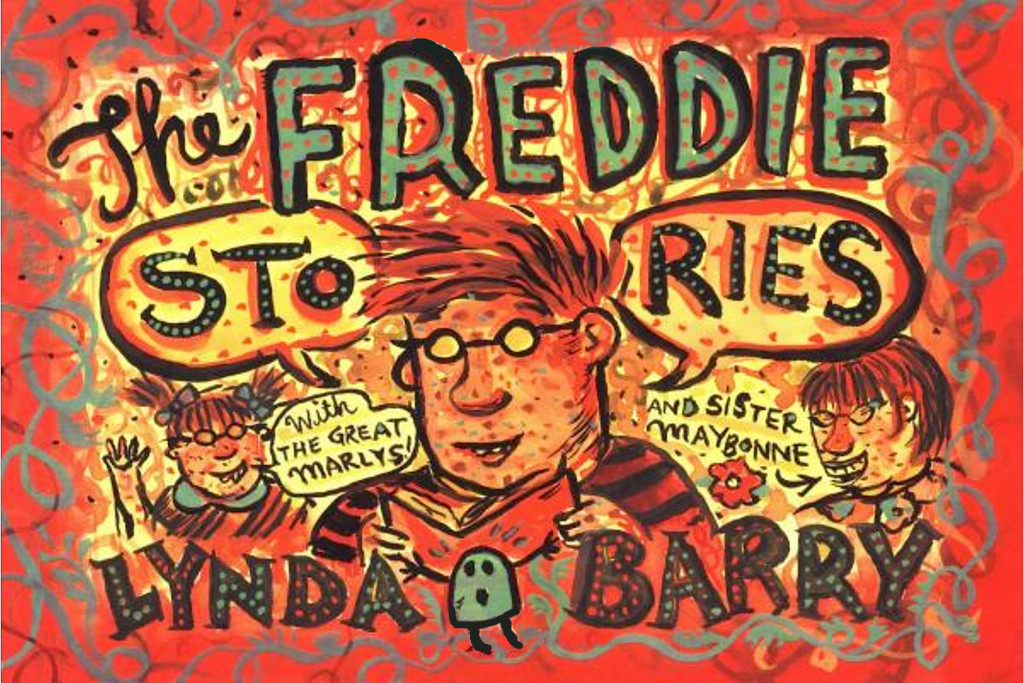 The Freddie Stories are episodes from a year in the life of Freddie, the brother of Marlys Mullen who was the subject of her own book by Lynda Barry, The! Greatest! of! Marlys! The Mullens family–Freddie and his sisters Marlys and Maybonne, his cousins Arna and Arnold – first appeared in Barry’s weekly syndicated newspaper strip Ernie Pook’s Comeek. The strip told stories from the perspectives of all of these protagonists, frequently switching from one child’s point of view to the next. Even though Marlys, Freddie and Maybonne have a very difficult home life with an absent father they manage to make the best of it.

This collection of stories begins funnily with Freddie and his sisters at home navigating around their strung-out mother as usual. But it plunges downwards into awfully bleak territory when Freddie, already being constantly bullied at school, is framed for a crime by another teen and unjustly reassigned to ‘special ed’. Freddie’s nightmarish year of suffering and his attempts to keep his sanity by thinking about nature, helped by Marlys, are heartbreaking stuff. Although he is bullied and derided for being “a fag”, his sexuality doesn’t really figure in this narrative – he is tormented just because he is different. He is intelligent and funny, but that intelligence is the thing which makes him a target. It’s no wonder given the extent of his relentless misery with no way out that eventually Freddie’s mind turns on itself and becomes a problem. It’s all filtered through his own writings, as usual, so when he eventually cracks and has a schizophrenic episode there’s a lot of detail that the reader has to infer from the distorted visions Freddie sees.

If you have ever felt felt isolated or misunderstood at home at school, if you have ever wondered if you were born into the wrong family, this book will resonate for you. Lynda Barry draws emotionally complex situations with pictures that alternate between the scrawls of the tormented Freddie and a less fevered naturalism, but her writing is the most devastating component of this book, which is very much darker and more distressing than the endearingly sad and goofy book of Marlys stories. The Freddie Stories was first published by Rainforest Books in 2003. This slightly revised version was published by Drawn and Quarterly in 2013.