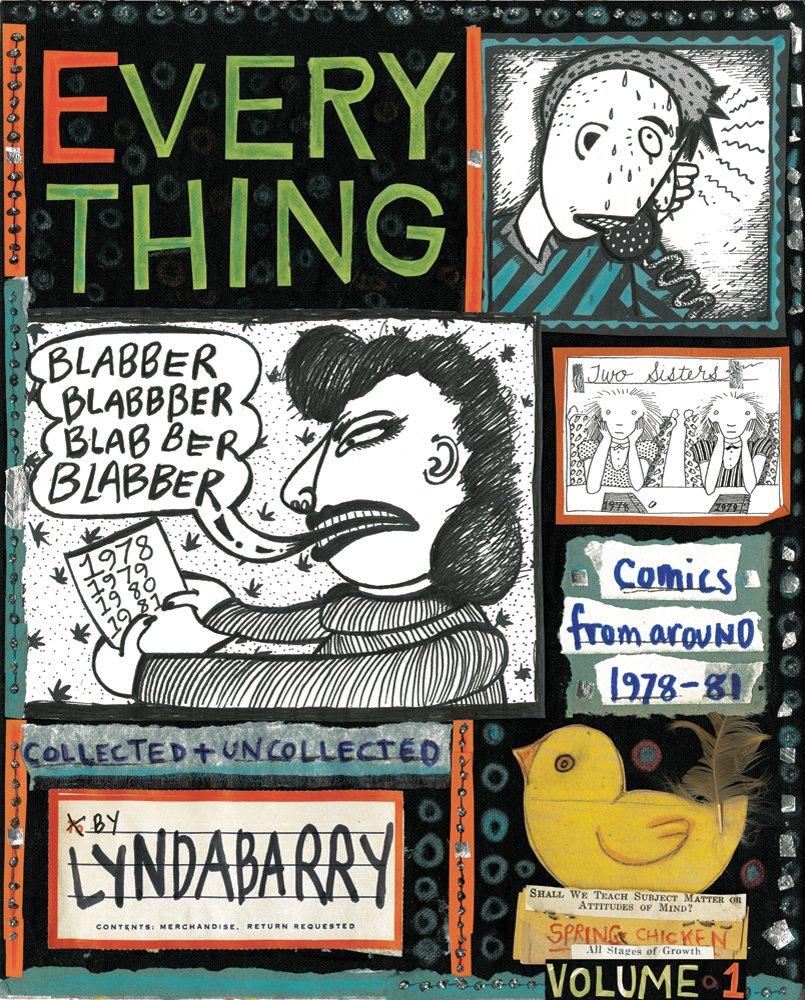 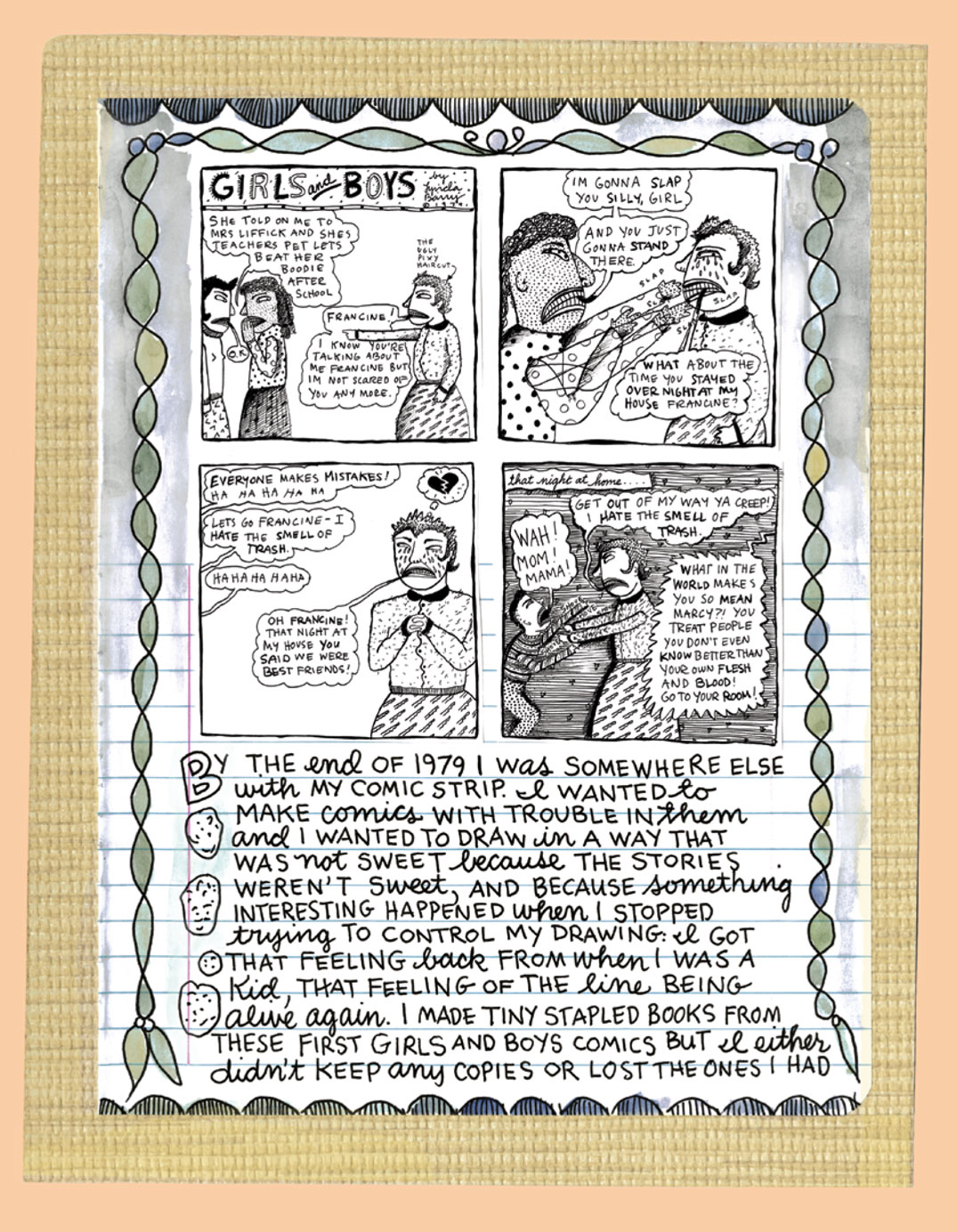 Lynda Barry is a giant of the alternative newspaper comics scene. Her strip Ernie Pook’s Comeek was syndicated in 70 papers across the USA until she ended it in 2008. Blabber Blabber Blabber: Volume 1 of Everything, is the first of a complete compilation of all her work (“collected and uncollected comics from around 1978-1982”), reprinting books out of print for decades.

The scrapbook collage design of this volume matches the style of her most recent books Picture This (2011) and Syllabus (2014), and she contextualises her earliest drawings with a photograph and sketch-filled introduction that talks about her childhood influences (Dr Seuss), the copying and tracing of pictures, the first comic strip she ever saw and what happened when she discovered underground comics, and in particular ZAP Comix and Robert Crumb: “Everything that was going on around me seemed to be in that comic. It both scared me and made me realize you could draw anything in a comic strip. Even very messed up things found in the park in the dark.”

The early comics that follow feature the eponymous Ernie Pook himself, who doesn’t last too long before vanishing from the strip that continued to bear his name for years afterward. The drawing and writing goes through a variety of styles and then a second section introduces Barry’s next strip Two Sisters. The next scrapbook section describes how her friendship with Matt Groening changed what she wanted from her work, leading into the reprint of her first book collection Girls and Boys. “Here is what I know now that I didn’t know then,” she writes: “That the question asked: what brings about a ‘feeling change’ when we read certain kinds of comics? This question can never be answered with words alone.”

Blabber Blabber Blabber is a great intro to one of the true originals of alternative comics. It doesn’t have the resonance or emotional kick of Cruddy or The! Greatest! of! Marlys!, but readers who enjoy her latest books demystifying the creative process and exploring how stories are made, will find this early work fascinating. Barry’s annotations deliver some additional perspective on what she was going through at the time.