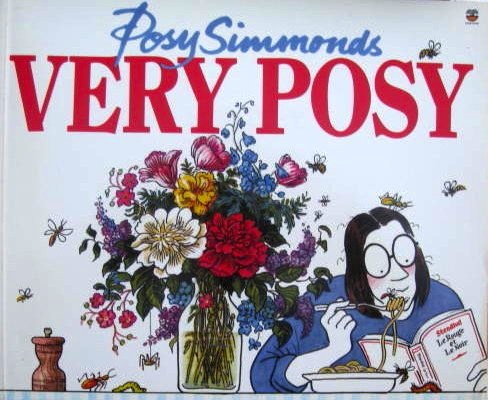 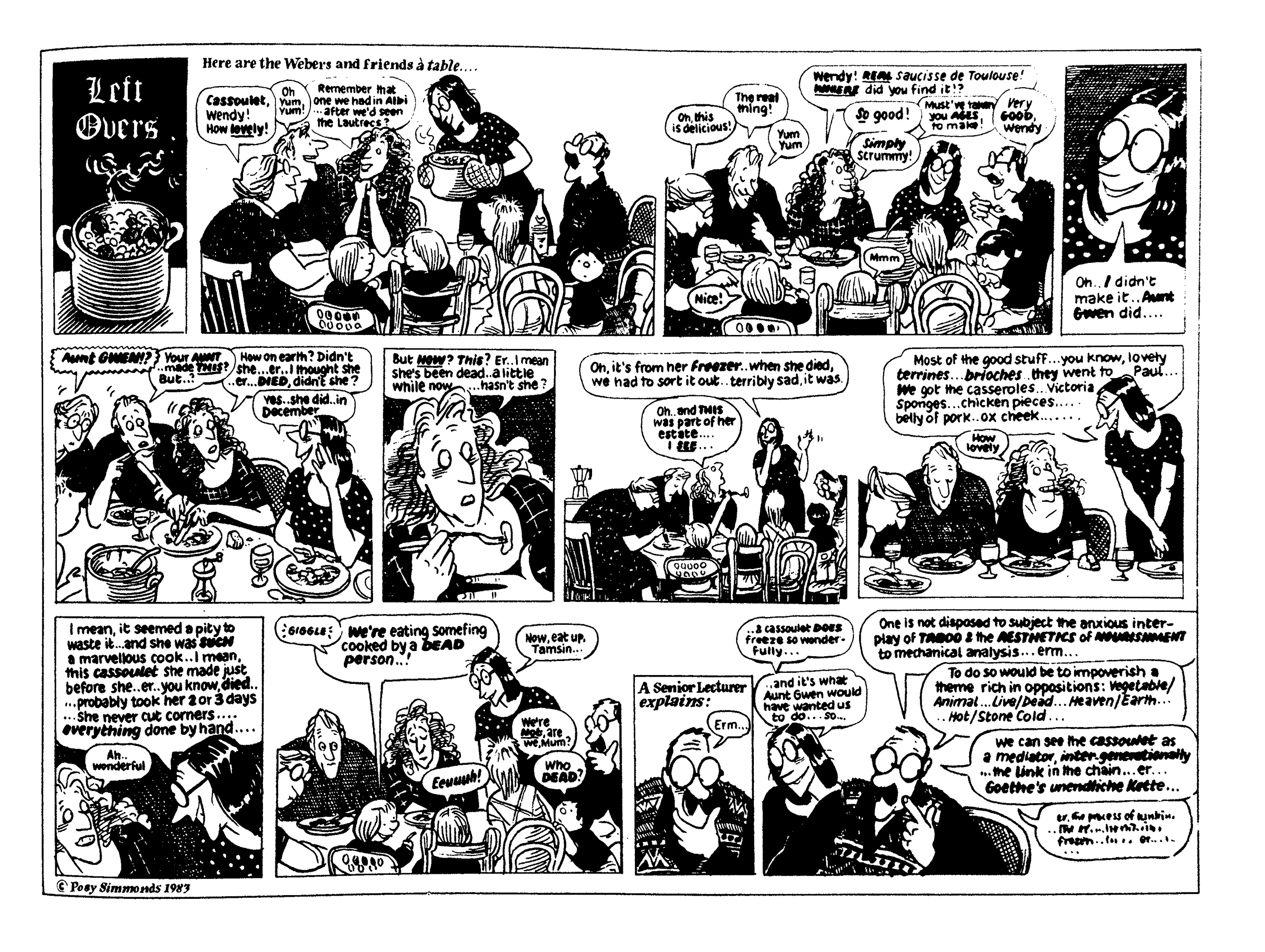 Very Posy was the fourth collection of strips by Posy Simmonds, taken from her regular spot in the Guardian newspaper. After eight years of commentaries via the lives and lifestyles of her cast, Simmonds had become the weekly laureate of the literary classes. For some people her Monday strips were the main reason to buy the paper. It’s all the more strange then that this collection–like the previous volumes–is so haphazard. The strips are reprinted in a random order so that a page from 1982 will sit next to one from 1985, to be followed by another from 1983. This might seem like a trivial point, but combined with the fact that the reproduction is a little blurry with some details dropping out and crosshatched areas filling in, it does make these early compilations feel a little slapdash. A lot of Simmonds’ skilful pen work is lost with the indifferent printing, and considering what an attentive and appreciative audience she has, it is surprising these books weren’t more carefully put together.

Posy Simmonds uses the space of a half-page masterfully, to craft playlets of subtlety and precision that document the private and public obsessions and pretensions of the middle classes via her main characters, the Webers, and their friends. Her work is all about extremely nuanced observation. The humour often comes from recognition, and that insider quality makes much of it impenetrable to readers outside of Britain. It occupies a unique space in UK comics that Simmonds has made completely her own, much as Claire Bretécher did in France, or Jules Feiffer in the USA. But while those two satirists make loose and gestural, scribbly drawings, Simmonds is a much more accomplished artist and her strips are great to look at even if you can’t quite tell where the jokes are hiding.