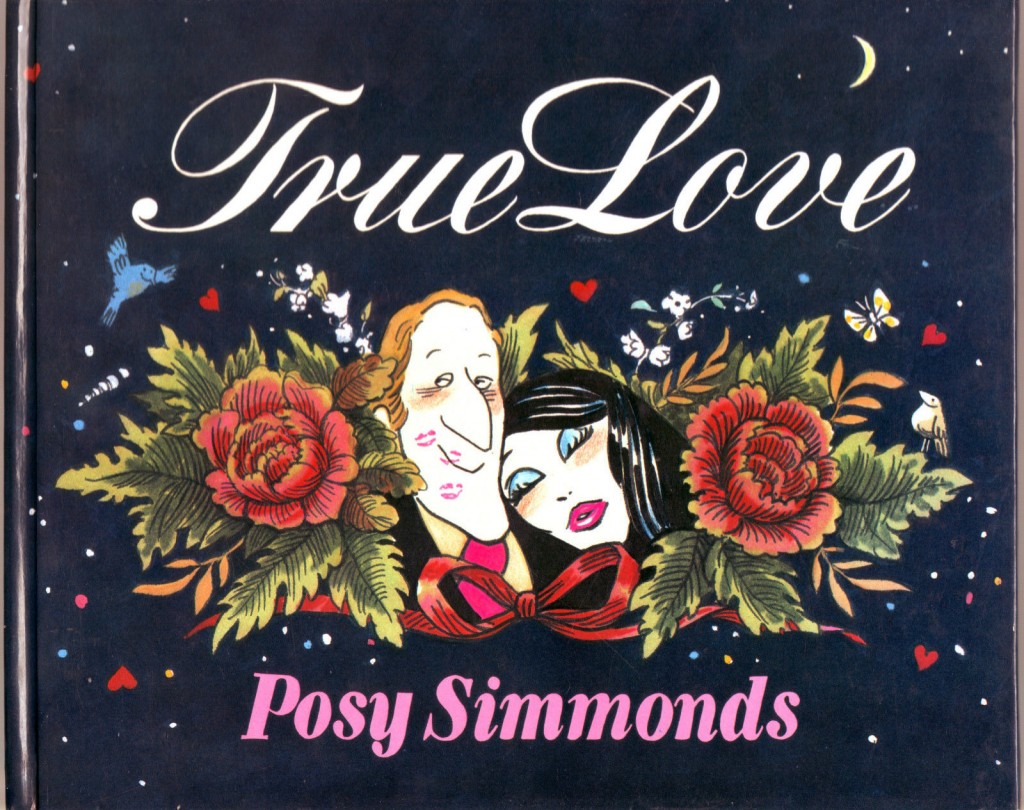 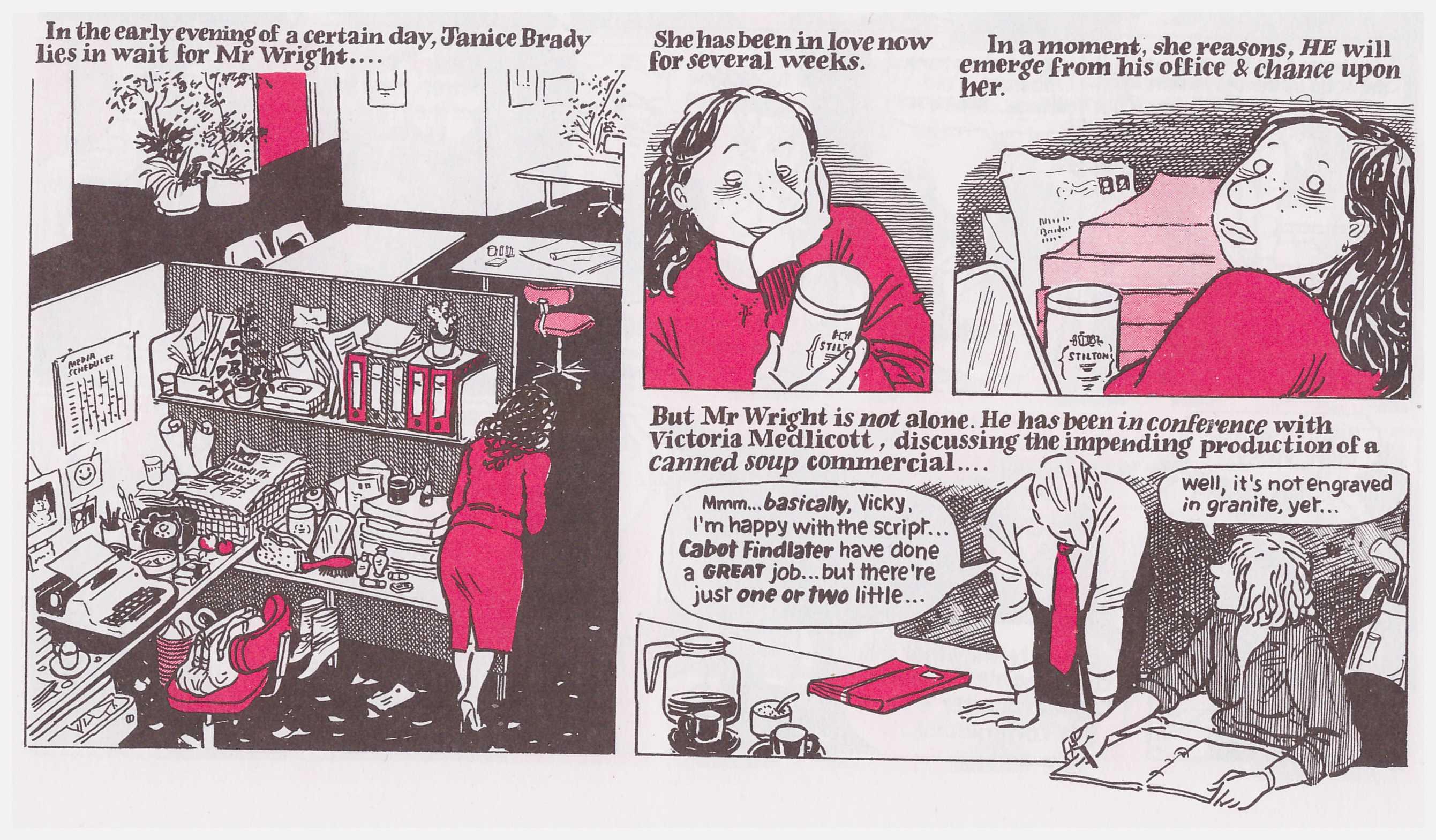 There’s a consensus forming that True Love constitutes Britain’s first graphic novel. Published in 1981, Posy Simmonds used the cast from her newspaper strip to produce what’s both a parody of old British romance comics and an update on the theme. Being Simmonds it’s more than just messing with clichés, but it’s also slim for a graphic novel at 44 pages, episodic and largely relies on the three tier format Simmonds generally employed for Posy.

Janice is a romantically inclined young woman smitten by a partner at the advertising agency where she works, Stanhope Wright, a man whose name is generally preceded by the term ‘serial philanderer’ when noted in Simmonds’ character lists. While Stanhope sets the sights for his fumblings a little higher up the office structure, Janice dreams of a pure romance as detailed in the magazines she reads. In her fantasies she transforms herself into a far more alluring woman and dreams first of snaring Stanhope for some chaste passion, then, as she rapidly discovers his true nature, of spurning him. Stanhope, meanwhile, plays his well practised game of seduction and confession.

True Love is very well drawn and charming fun, but no more. Simmonds enjoys recycling the peculiarities of the comics she read as a girl, down to slapped-in blocks of pink breaking up the black and white artwork and switching to blocky upper case lettering. For the most part, though, it lacks the bite the satirical elements supply her Posy newspaper strip, while often diverting into material that could well come from it. The storytelling skills that resulted in the later Gemma Bovery and Tamara Drewe have yet to fully develop, although the signs are present. A picnic sequence and consequences could be transposed wholesale into either, for instance.

An element that should be highlighted, and is consistent throughout Simmonds’ work, is the stunning lettering. The decorative elements applied to her chapter headings are delightful, and the lower case used for dialogue provides a simple element of sophistication for an industry still rooted in practices originating in the 1940s.

True Love in its original form is long out of print, but is available in digital form from Sequential, and as part of the 2012 collection Mrs Weber’s Omnibus.