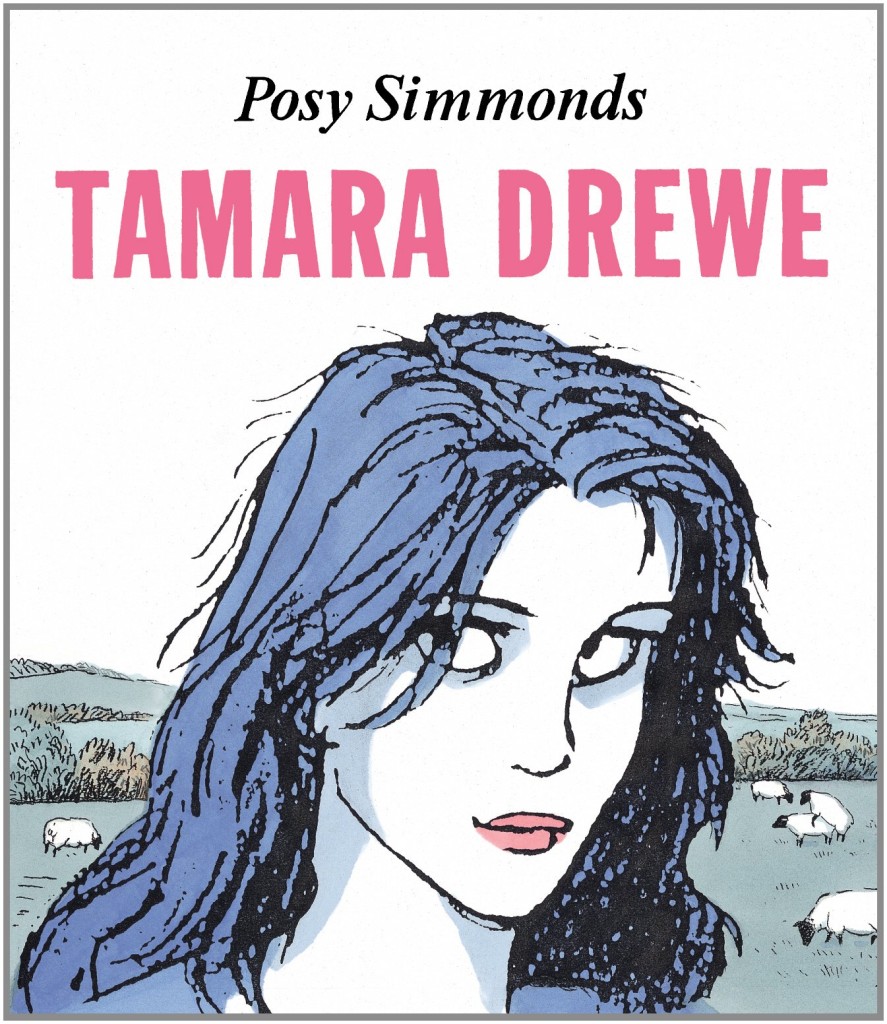 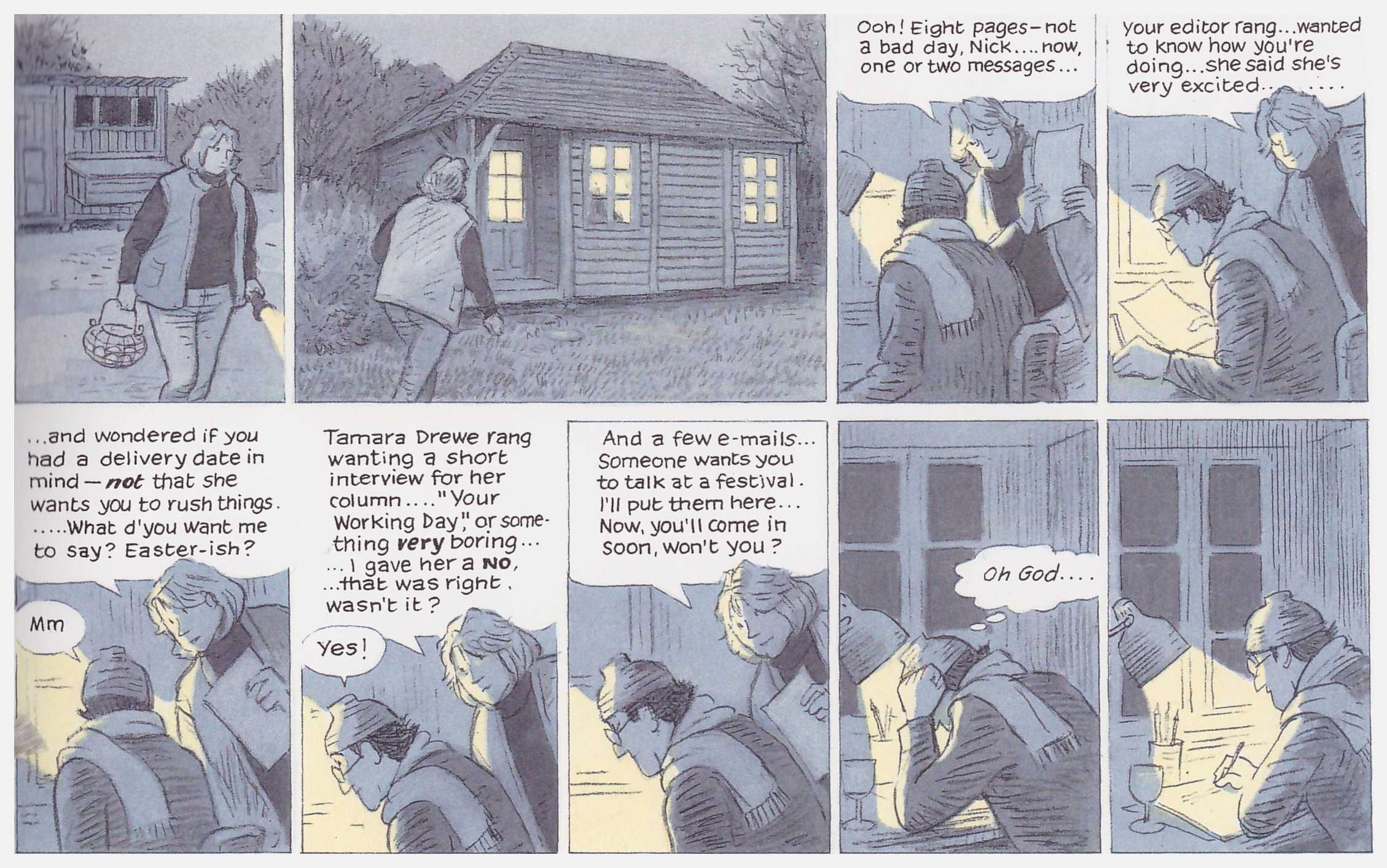 As she’d done with her previous Gemma Bovery, Posy Simmonds first serialised Tamara Drewe in the Guardian, and when complete she picked it apart, tinkered, added, re-formatted and stitched together an improved version for book publication.

It’s not referenced in the title this time, but Simmonds again took a 19th century novel as her inspiration, Thomas Hardy’s Far from the Madding Crowd. Tamara is very much the counterpart of Bathsheba, who for her time was very much a forward thinking woman, unprepared to suppress her own inclinations in subservience to the desires of others.

Since leaving the village of Stonefield, Tamara Drewe has built a moderately successful career in London as a magazine style commentator, and undergone plastic surgery to adjust a large nose. The woman that returns to the country is altogether more confident and seductive, amusingly posed by Simmonds as if in Botticelli’s The Birth of Venus. She’s the subject of admiration for impressionable teenage girls infatuated with her rock star boyfriend, and generates further turmoil in Beth and Nick Hardiman’s failing marriage. Simmonds’ pillar of decency is Andy Cobb, who loved Tamara as a teenager before the manufactured allure.

There are parallels drawn between Tamara and Beth. Beth chose to support a novelist husband of middling talent to which she’s contributed much, so curtailing her own blossoming. This has been further stalled by her not adequately confronting Nicholas when she’s aware he’s not averse to the odd discrete infidelity if the opportunity presents itself. Pompous, philandering and ultimately hollow, but presentable, Nick is a variation on a Simmonds’ archetype.

There are only 120 story pages, but Simmonds packs them with detail for a substantial read. Her favoured technique of combining strip material with blocks of narrative text permits this, and she also relates some significant elements filtered through the perceptions of others after the event. Not playing them out as they occur further compresses the narrative.

As ever, Simmonds effortlessly evokes her setting, here taking a satirical swipe at the changing times. Her pastoral England is not the working land of Hardy, but a sabbatical retreat for middle class writers. This subtlety is extended to the cast, who often impart more with a well-delivered pose or expression than with dialogue. A fair proportion of the unfolding events are seen through the eyes of the hesitant, almost voyeuristic Dr Glen Larson, an American professor who consistently evokes Bill Bryson. He skulks on the outskirts, but is eventually pivotal to the conclusion.

Can there be anyone who isn’t in awe of Simmonds’ consistently excellent art? In pastels and wash she creates deceptively simple illustrations that convey the most complex emotions. Around two-thirds of the way through the book there’s full page conversation between Andy and Tamara. At first glance it’s unremarkable, but it’s laid out beautifully to vary viewpoints as it sweeps through concern, shock, jealousy and anger.

In interviews Posy Simmonds has noted working on another graphic novel, again based on a 19th century work, for several years. If Tamara Drewe is to be her final graphic novel it’s a crowning testament to a career that started strongly, but has never wilted, with each work topping the last.

The later film adaptation, if lacking the overall depth, was a relatively faithful transfer before diverging from the plot in the final reel.