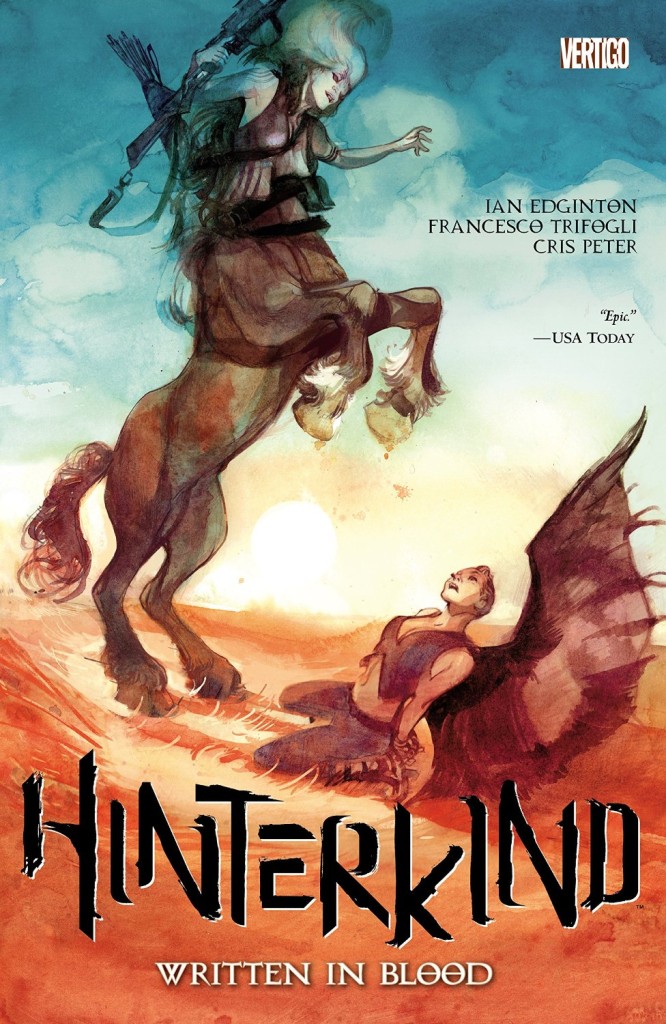 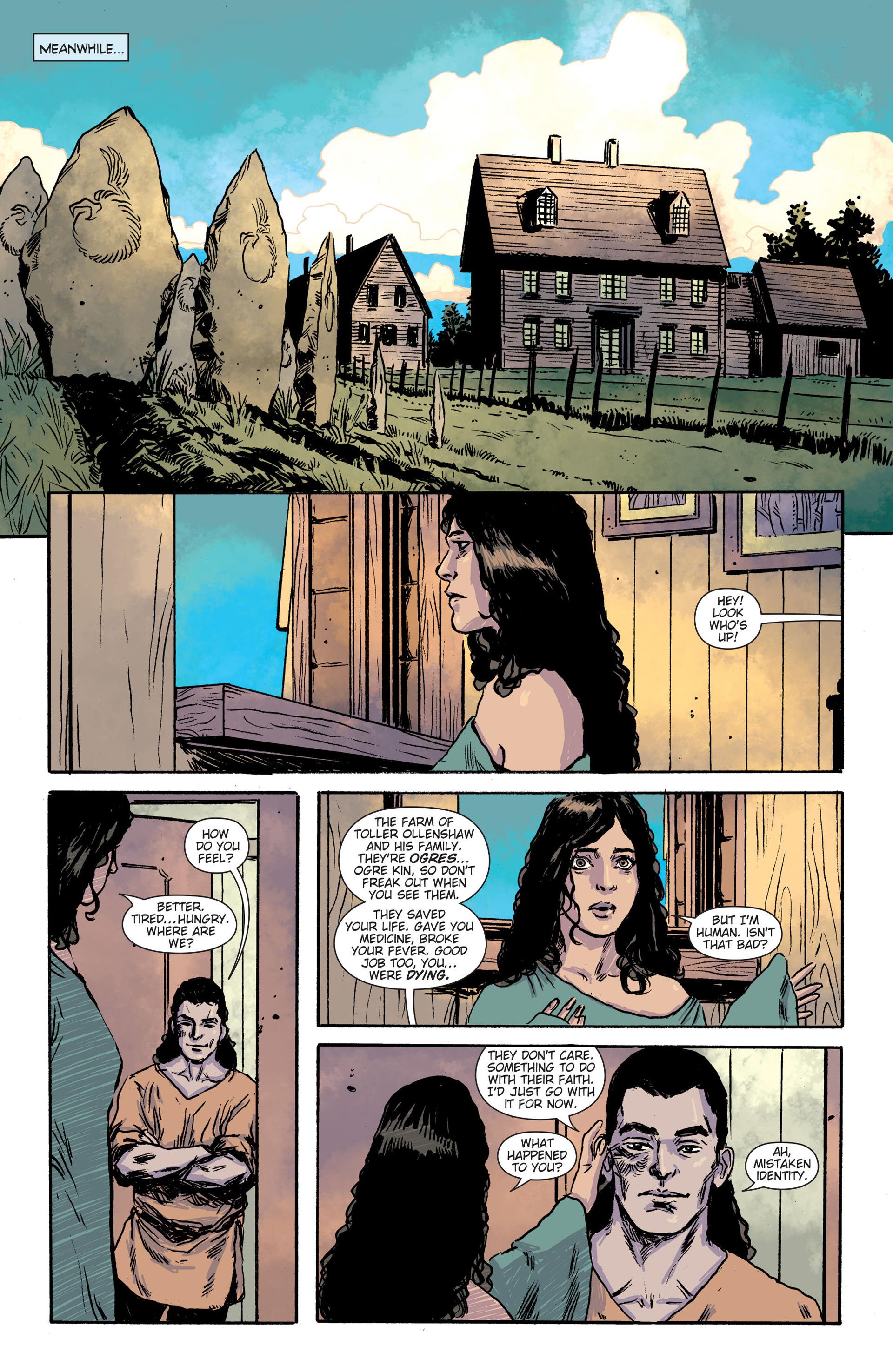 A wide-ranging cast of mythological creatures now control Earth, and the few pockets of humanity are an endangered species. Not only do they have to survive in a hostile world, the centaurs, sidhe, fairies, trolls and others have brought their conflicts with them, and woe betide any human that gets in their way.

As far as we’re concerned, that human cast has pretty well dwindled to three, all in separate locations as the book begins. There’s little concession from writer Ian Edginton to those who’ve not already read The Waking World, as his script is very much of the figure it out as you go along variety.

A problem with the first book was that there was seemingly no overall structure, and that impression is initially perpetuated here. We’re constantly switching from one band of isolated characters to another, and Edginton keeps adding more tribes, for want of a better term, to the mix.

The primary complications here are vampires, over from Europe as they predict a devastating blood shortage, to them at least, within five years, yet the USA is a fertile new source. These vampires are militaristic, and appear to have the means to take on Queen Telesche and the Sidhe currently controlling California, although there’s a surprise in store there. This brewing conflict provides the previously missing structure. As the vampires plan, Edginton drops in more information about which creatures control which parts of what was North America.

For the British reader it’s obvious that Edginton has a sly sense of humour, which manifests in names that will strike a chord, but his plotting remains glued to convenience, with the protagonists bumping into someone helpful whenever aid is required. It is now apparent, though, that Edginton’s plan is fantasy on a grand scale, and this needs the broad backdrop that was so slow to gel in The Waking World.

It’s pleasing to see a single artist on every chapter, establishing a look, even if the cost is occasional sketchiness. Francesco Trifogli’s problems with foreshortening have all-but disappeared, and there’s an extremely decorative quality to his illustrations when required, yet this is no soft fairytale world, and Trifolgi’s equally good with brutality.

Readers who’ve enjoyed Game of Thrones may want to investigate, as Edginton’s taken a similar slow-build approach with Hinterkind. There is now promise where previously it was lacking, but we’re still in the early stages. Sadly, though, the damage was probably done with the poor introductory volume, and Edginton and Trifolgi bring everything to a rapid conclusion in The Hot Zone.