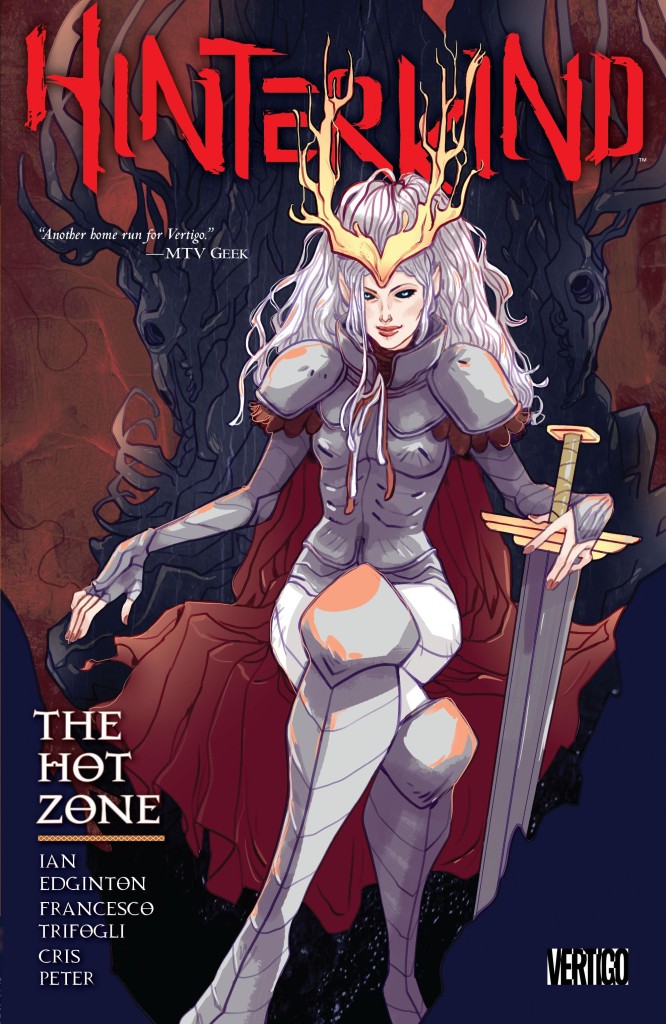 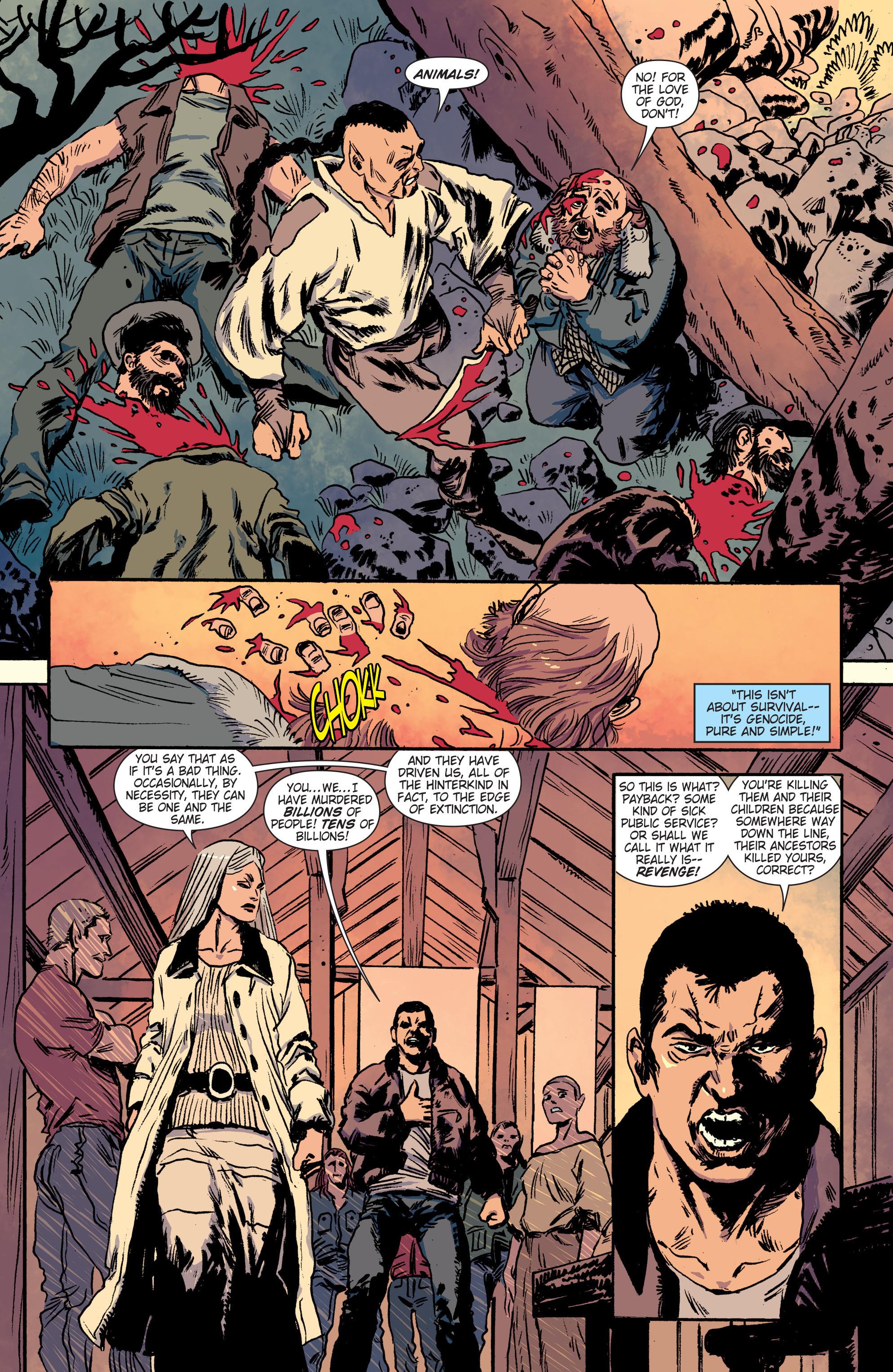 If only the opening chapters of The Hot Zone, had been the opening chapters to the entire series then perhaps Hinterkind might have survived a little longer. They lack the overt fantasy elements, and are compressed, but deliver a tension and intrigue largely absent from The Waking World, as they display how the new world came about, and how it was that the mythological creatures once again came to inhabit the Earth. It lays out the conflicts between the various factions of Hinterkind, and presents the previous lives of the humans prominent in the cast to date in a period spanning from twenty years prior to what was called the infection to twenty five years after. It’ll certainly change your view of someone who has been portrayed as relatively sympathetic to this point.

When we revert to the narrative present day, where Written in Blood concluded, Ian Edginton and Francesco Trifolgi introduce yet another massed army to what’s now expanded to a three-sided dust-up on the horizon. Except that the vampires are nowhere to be seen.

It’s to be assumed that they’re a casualty of Edginton being aware that his epic wasn’t selling well enough to continue, and needing to wrap up his plots quicker than he planned. This is no bad thing, as for three-quarters of page count we have little rambling and tight storytelling, making this the best book of the series. It’s only in the final chapter that things become rushed, although there are still a couple of very convenient plot points (someone developing foresight out of the blue, and just as quickly losing it once its served its purpose).

Trifolgi has grown as an artist over the series, and while there are the occasional pages that look to have been completed in a hurry, there are far more where he really puts the effort in. There’s an old story about a comic artist receiving the script instruction “the entire Apache nation rides over the hill”. Trifolgi would be nuts enough to draw it as intended.

The improvement in this final volume is too little too late to render the series as a whole recommendable, but it’s a reward for anyone who’s read this far. 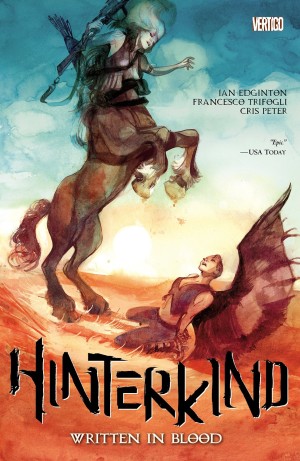