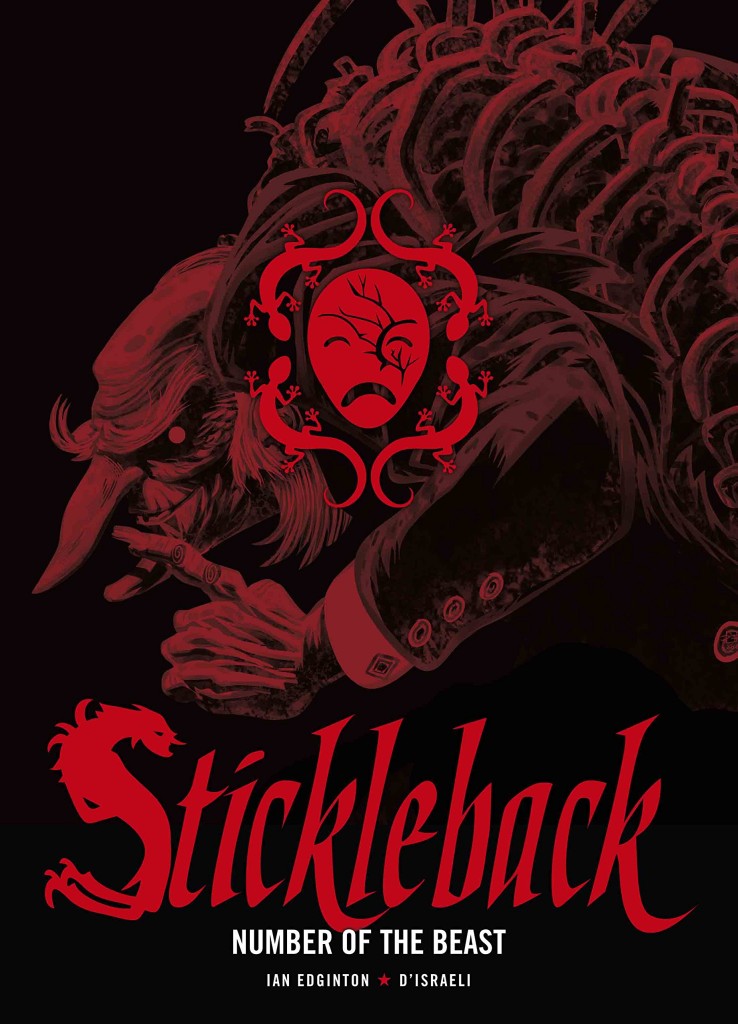 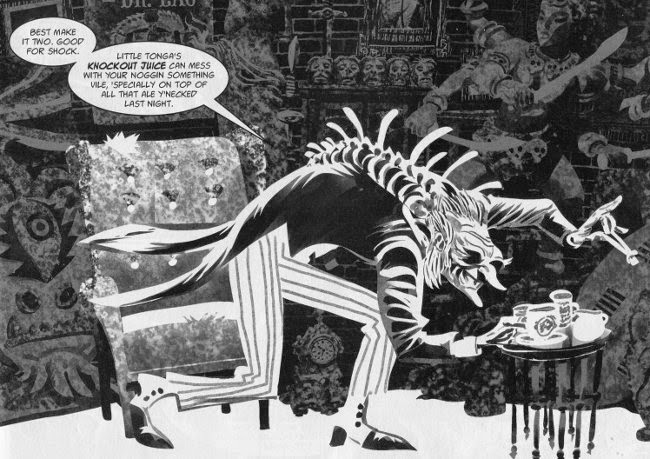 Stickleback is a hymn to Victoriana, steampunk, literary tradition and popular culture, originally serialised in 2000AD, and with a first collection as England’s Glory.

Ian Edginton and D’israeli continue to build a complex mythology shaped around an alternative London and the Pope of Crime himself, Stickleback. A wonderfully Machiavellian figure, Stickleback, it is heavily hinted at, may not be who or what he seems, and this mystery instils the two stories with an intriguingly enigmatic heart. Edginton and D’Iraeli are not ones to rest on their laurels, and are ever willing to uproot the status quo to suit their needs and keep the story fresh and challenging.

‘London’s Burning’ pits Stickleback against a range of well crafted villains, from the crime lords of cross-dressing, the Crais brothers, to the Countess Irena Bernoulli, a multifaceted villainess who prowls the London skies in a technologically advanced zeppelin. It’s a bold tale of automatons, sky battles and betrayals, and does its best to shatter and reshape the anti-heroic overlord’s world. The creators are clearly relishing the freedom to play in their literary and steampunk sandboxes, and have constructed a fresh new narrative out of the detritus and nostalgic remnants of late nineteenth/early twentieth century ephemera. ‘Number of the Beast’, following five years later, sets up as much mystery as it solves, and serves as a critique of imperial culture. The subjugated caste in this case are not colonised, but evolved dinosaurs from Conan Doyle’s The Lost World, enslaved and domesticated. Both tales make the most of their eclectic ingredients for a rich and satisfying stew that brings in everything from television’s Only Fools and Horses to Chitty Chitty Bang Bang and Sonny Chiba’s character from Tarantino’s Kill Bill (who, wonderfully, is glimpsed chopping sushi from a baby Cthulhu). Also included is a bonus Christmas tale illustrated by I.N.J Culbard.

Underlying both stories and gathering its own unstoppable narrative momentum is the mystery of Stickleback’s true origin and nature. He is much more than the Moriartyesque construct that some have taken him as and it will be interesting to see where Edginton and D’Israeli take this in the next volume. Alan Moore’s The League of Extraordinary Gentlemen is the benchmark for such alternative historical and metafictional writing, yet Stickleback is quietly, but deservedly earning its place in the upper echelons of this fictional oeuvre.