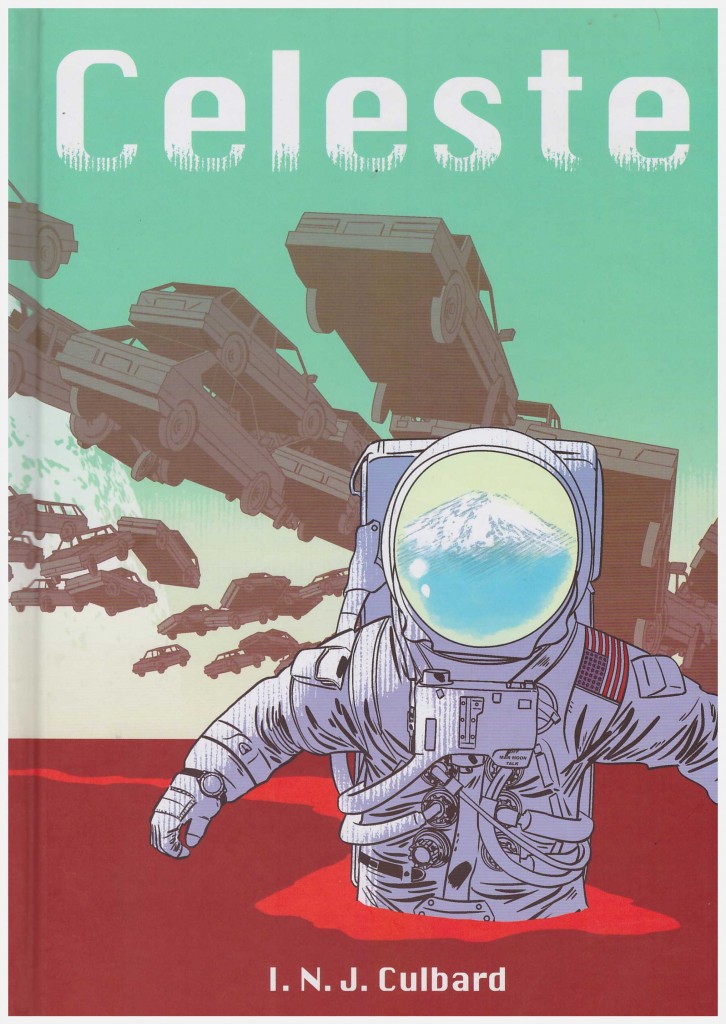 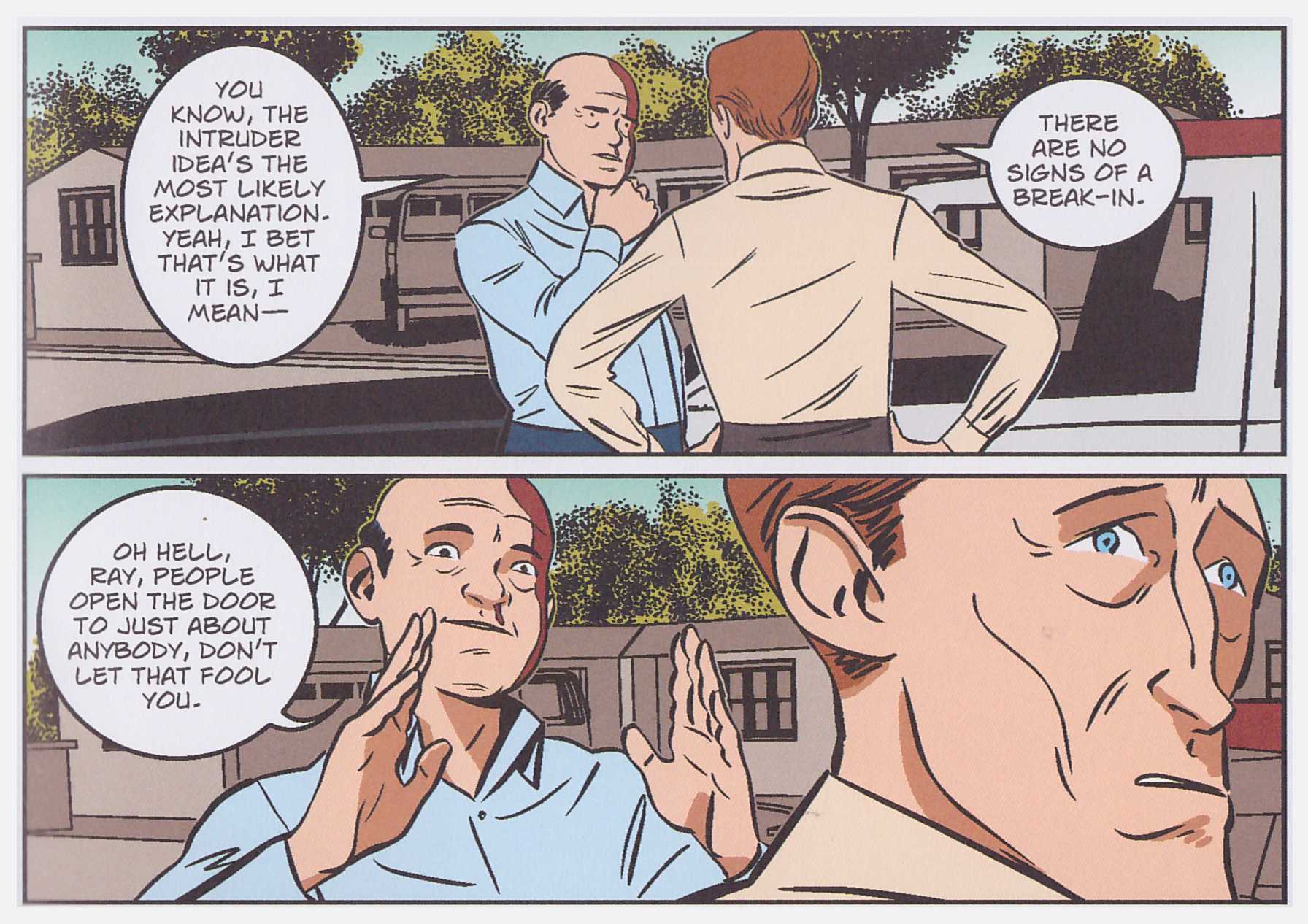 Celeste is rather an odd beast, meandering, deliberately vague, elusive, and inconclusive, these impressionistic qualities much prized by its fans.

Over several graphic novels written by others I. N. J. Culbard has demonstrated his qualities as an artist, and working on his own material has heightened his ambition. The opening eight pages begin in the depths of space and gradually close further and further in towards Earth, concluding with a double page spread displaying a space station, hovering above what now seems a vast planet. The theme is then extended via a single petal floating into a house. As a method of establishing humanity’s effect on the universe it’s extremely effective.

This theme of isolation continues through to the main story, which shifts between three narratives. Each lead character starts alone when everyone else suddenly vanishes, then meets someone else who impacts on their life and perceptions. Each of them has had an encounter with a pink petal.

Ray Bone is surprised when the trunk of the car he abandons in a traffic jam contains someone else. Lilly has albinism, and a never named Japanese man is on the verge of committing suicide before taking the most surreal journey of all. Culbard deliberately mixes genres for his narrative strands, and each of his leads eventually experiences a transformative moment that impacts on their sense of who they are.

We’re guided through to an elliptical ending with no idea of what’s occurred. There are some fantastic illustrations, memorable images and interesting juxtapositions along the way, but ultimately, reading Celeste is a largely hollow experience. It’s insultingly simple to cop-out by suggesting each reader will ponder the narrative and individually construct their own ethereal answers, but that appears to be the message.