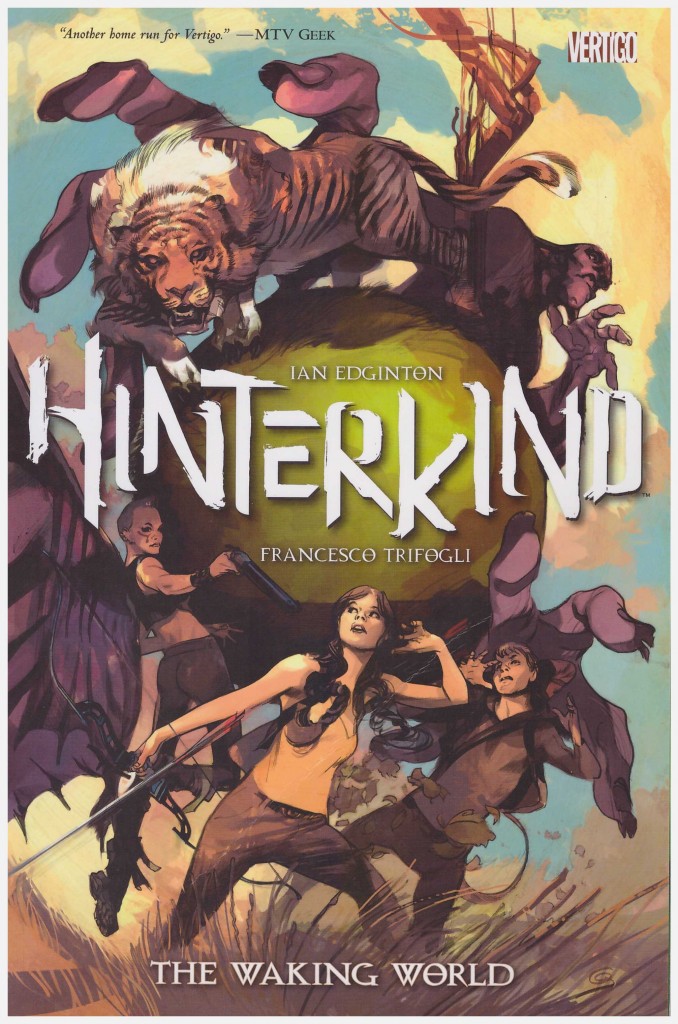 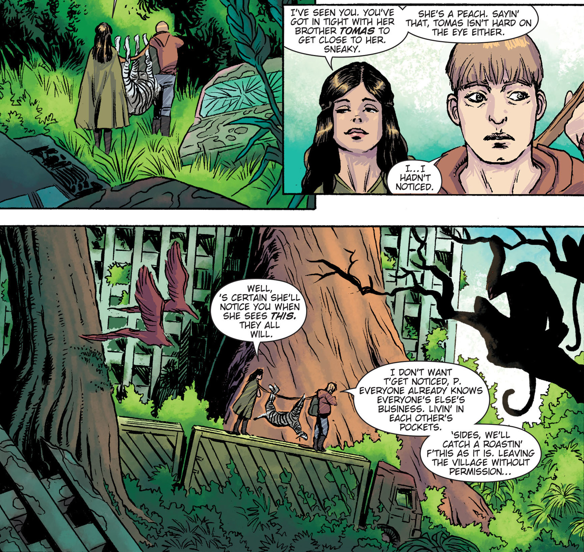 An unspecified change in the order of things has brought about a reversal on Earth. Humanity has all but died out, existing in a few isolated pockets in what were once the major cities of the USA, while mythical creatures considered the exclusive province of fairy tales now once again roam the land. While humans hunt for the food they need to survive, they in turn are hunted by their successors. Except there’s someone else out there as well.

In comic shorthand, think Fables mashed with Walking Dead. Ian Edginton’s delivered a world of possibilities into which he keeps throwing further distractions, but on the basis of this volume there appears to be little over-arching structure. The rug is pulled pretty well every chapter, but the effect is diminished due to never coming to know or care for the characters. Dialogue is stilted, and when logical thought is applied is applied to events, such as extrapolating how the US military would react, the solution is so heavy-handed it’s barely credible. There’s an interesting personal development for one character who’s then apparently killed a couple of chapters later, rendering it entirely irrelevant except for a single get out of jail moment. It’s not convincing.

Artist Francesco Trifogli has an appealing style, but a serious problem with delivering a credible world, primarily according to scale. Central Park, home to one group of survivors, is depicted as little larger than the town allotment. Propser, one of our leads, is at one point as tall as the bus she’s squatting on, and at another as tall as the motor home she’s walking toward. Trees sprout from the tops of skyscrapers, but at the scale drawn they’d be several hundred feet high and zebras shrink from one panel to the next. Furthermore the art deteriorates as the volume continues, as Trifogli presumably cuts corners to meet deadlines.

There’s some promise to the scenario, but this is hardly an introductory volume that invites further inspection of Hinterkind, but for those willing to try, there is improvement in Written in Blood.