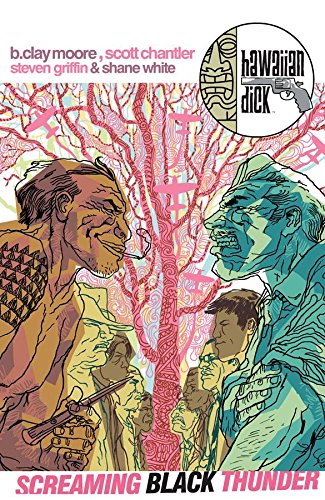 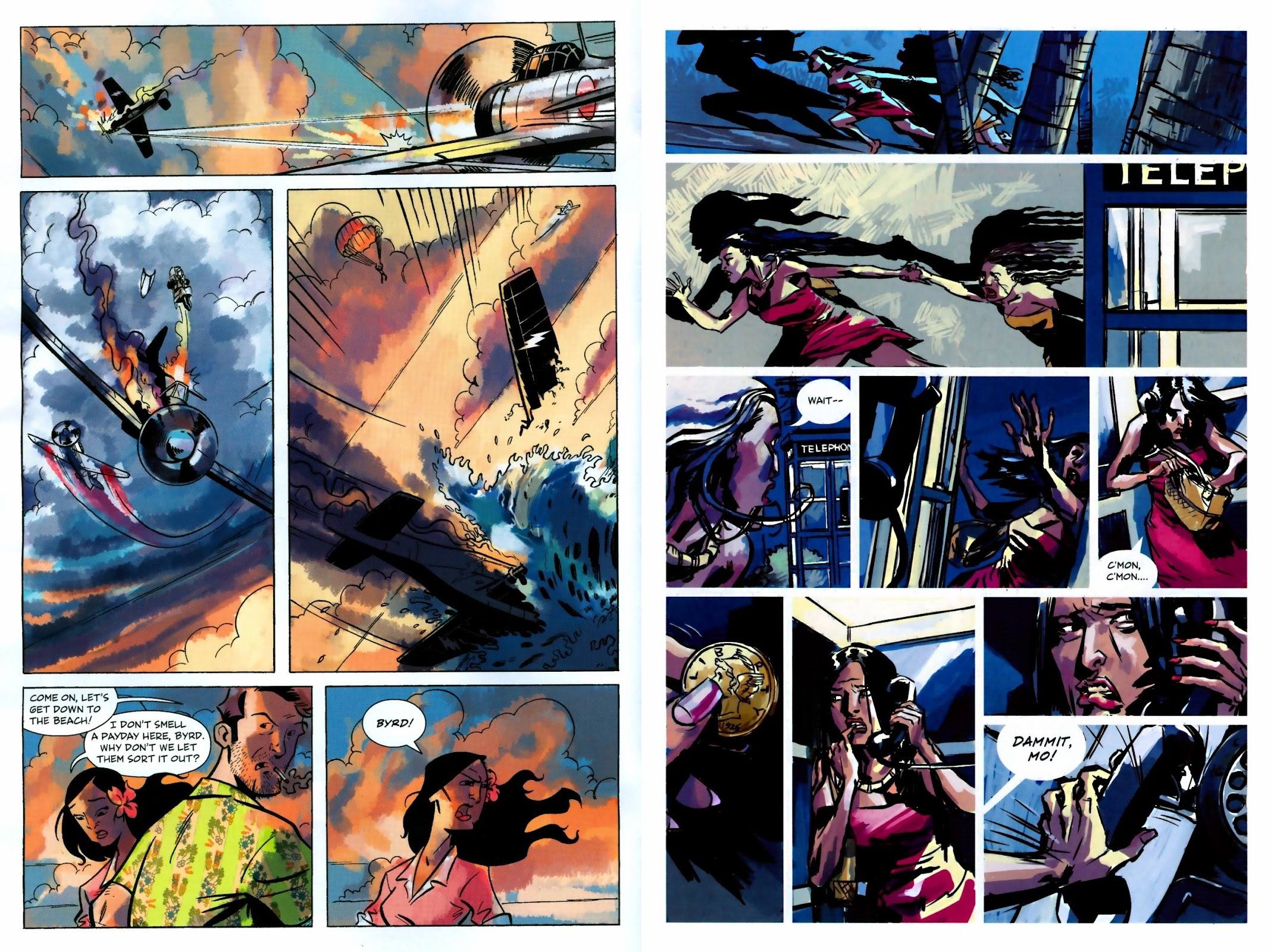 There’s no subtle lead-in to ‘Screaming Black Thunder’ from B. Clay Moore. Byrd is watching an air display from a famed World War II freelance fighter squadron when they’re attacked by an equally vintage Japanese plane. In Byrd’s world, of course, it’s 1954, and World War II only ended nine years previously. The Thunder boys have spent the years since searching for oddities.

However, that’s just the first of four stories, with Kahami taking the lead in the second. Broke, and without much chance of Byrd’s detective business earning her any money, she takes a shift at a local bar. Unfortunately for her, it’s on the night a few wrong ‘uns turn up.

These are two contrasting stories. Moore’s title piece combines mystery with a hint of the supernatural, and a wry sense of humour, all of which have been Byrd’s specialities, while Steven Griffin’s look at how capable Kahami is relies more on her considerable skills and resilience in what’s a much darker tale. Both make good use of Thinker, a new character who keeps his cards close to his chest.

Moore’s inspiration for a multinational independent squad of World War II pilots will be obvious to any older comic fan, but that’s not necessary to know as he characterises them individually and couples their problems with those of police detective Mo Kalama. Mo’s concerned about who might be moving into the position of crime boss, vacant since The Last Resort. However, the introduction of an anti-Communist investigation halfway through is too little, too late and might have been better saved for another story. Scott Chantler’s art works for the most part with the necessary period detail, but not a great match for Griffin’s colours. There are also panels where people’s features are unnaturally twisted.

While there are still fun moments, a lead story that’s too disjointed, three chapters of an uncompleted back-up and what appear to be two rapidly concocted sting in the tail shorts make for the weakest Hawaiian Dick outing to date. The series concludes with Aloha, Hawaiian Dick.