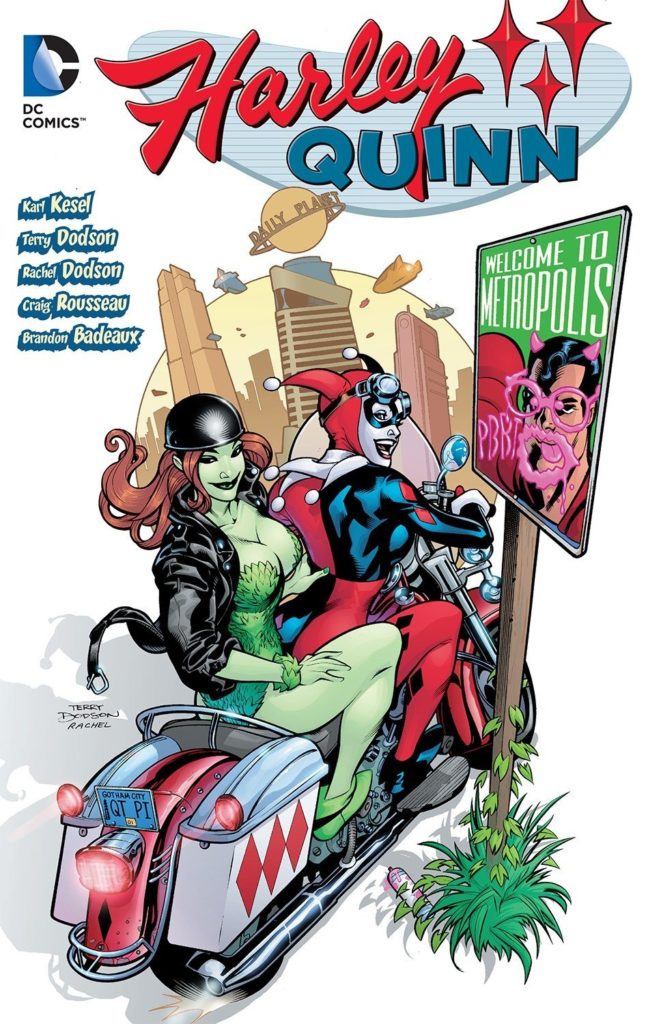 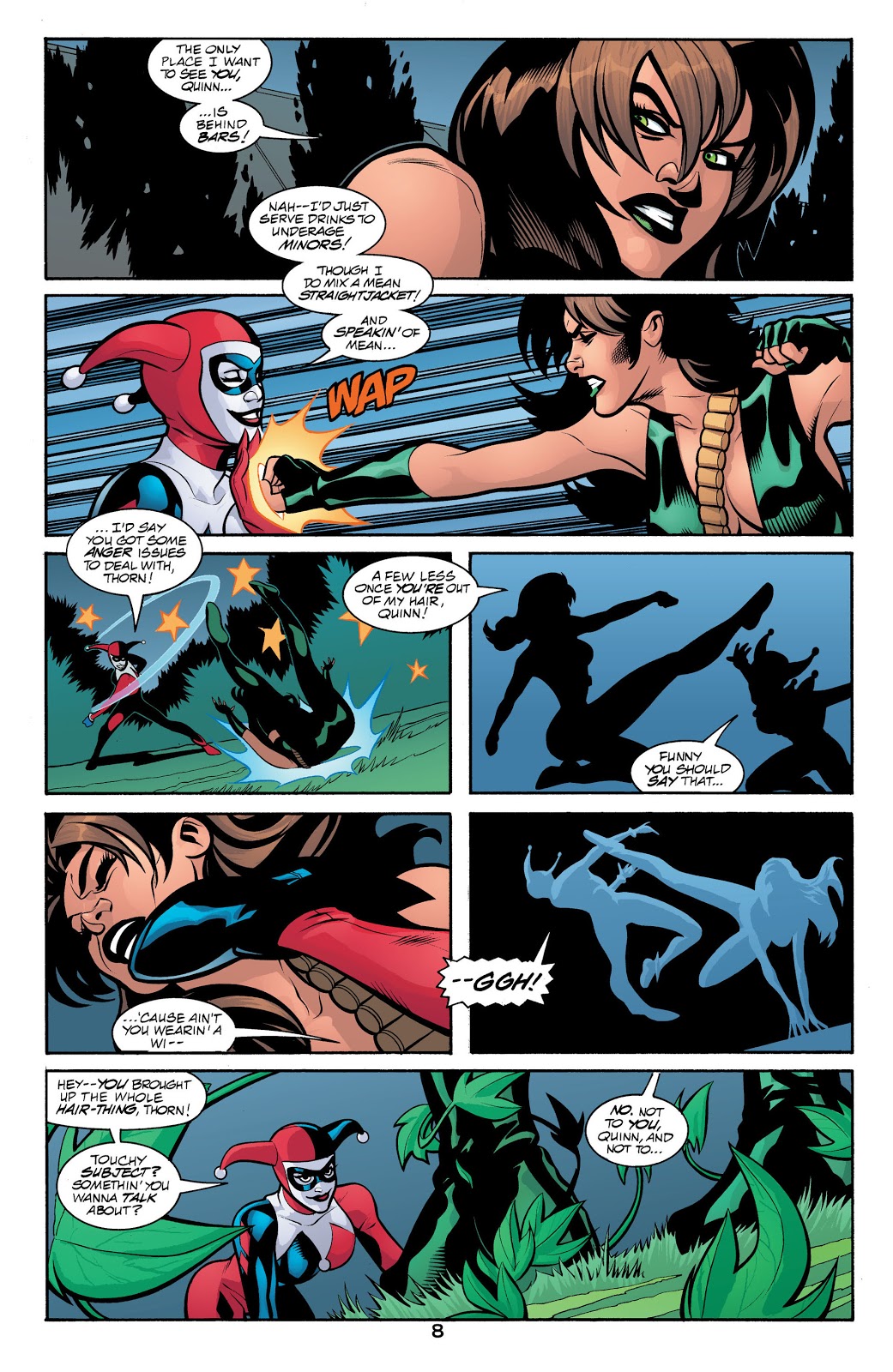 After managing to anger Batman, Batgirl, Robin, Nightwing and Oracle, and finding herself a few gang members down, Harley closed Night and Day by concluding she’d be better off leaving Gotham for a while. Poison Ivy’s tagged along for the ride and to keep her pal safe.

If they’re going to Metropolis, what are the chances they’ll meet Superman? Well, Karl Kesel holds off on that for a while despite Harley picking up a job at the Daily Planet. Kesel has Harley play a ridiculously exaggerated version of the Southern Belle to ensnare the besotted Jimmy while also supplying hilarious questions and answers in her column for the lovelorn. As has been the case since the start of the series, Kesel plots well, keeping Harley’s final aim in mind throughout as the detours just keep being thrown into her path. In previous volumes Kesel’s longer stories have been extended too far, but this is six chapters of perfectly pitched mayhem, incorporating Bizarro beautifully, Jimmy Olsen beautifully, throwing in a nice couple of surprises and keeping the hilarity high.

That’s followed by a brief dip as Harley meets one of the wilder characters known to hang around Gotham. There are nice touches as Kesel returns some members of the supporting cast we thought we’d not be seeing again, but overall it’s not as entertaining. Part of that is down to artist Brandon Badeaux, whose pages are action led and very crowded with odd touch of the occasional expression looking as if it’s been influenced by Keith Giffen. Terry Dodson, artist of choice draws most of the Metropolis section very attractively if you overlook his continuing objectification of women. As has been the case for his guest slots earlier in the series, Craig Rousseau’s art is far more angular that Dodson’s rounded curves, which have been established as the default look. However, as most of his contributions are for a completely separate story over the final two episodes it’s not the jarring contrast it is when he contributes a few pages slotted between Dodson’s earlier work.

A different tone characterises much of that final story, with a good half of it just focussing on the Martian Manhunter, his day to day impressions and his detective agency. It’s an interesting change of pace, and when the focus shifts back to Harley, Kesel has a neat plot for her based on the Martian Manhunter’s ability to recognise her when for reasons explained, no-one else can. It’s a variation on another DC secondary character, but their personalties are so different the similarity doesn’t matter. It’s a high note for Kesel to bow out, and this first Harley series concludes with A. J. Lieberman writing Vengeance Unlimited.

The six chapters set in Metropolis can also be found in Harley Quinn by Karl Kesel & Terry Dodson: The Deluxe Edition Book Two.