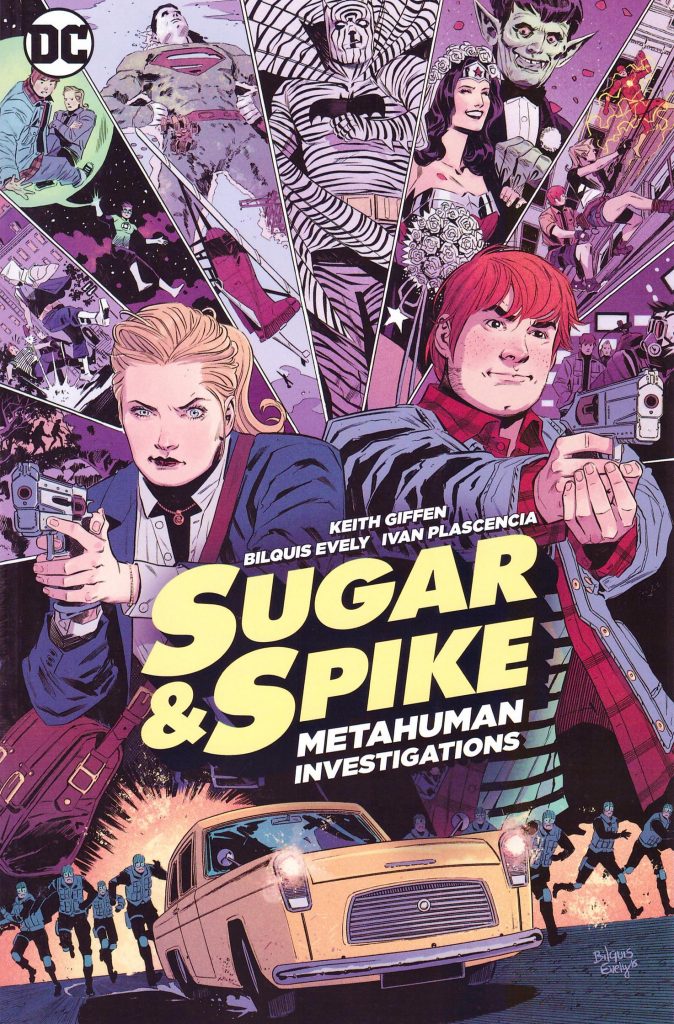 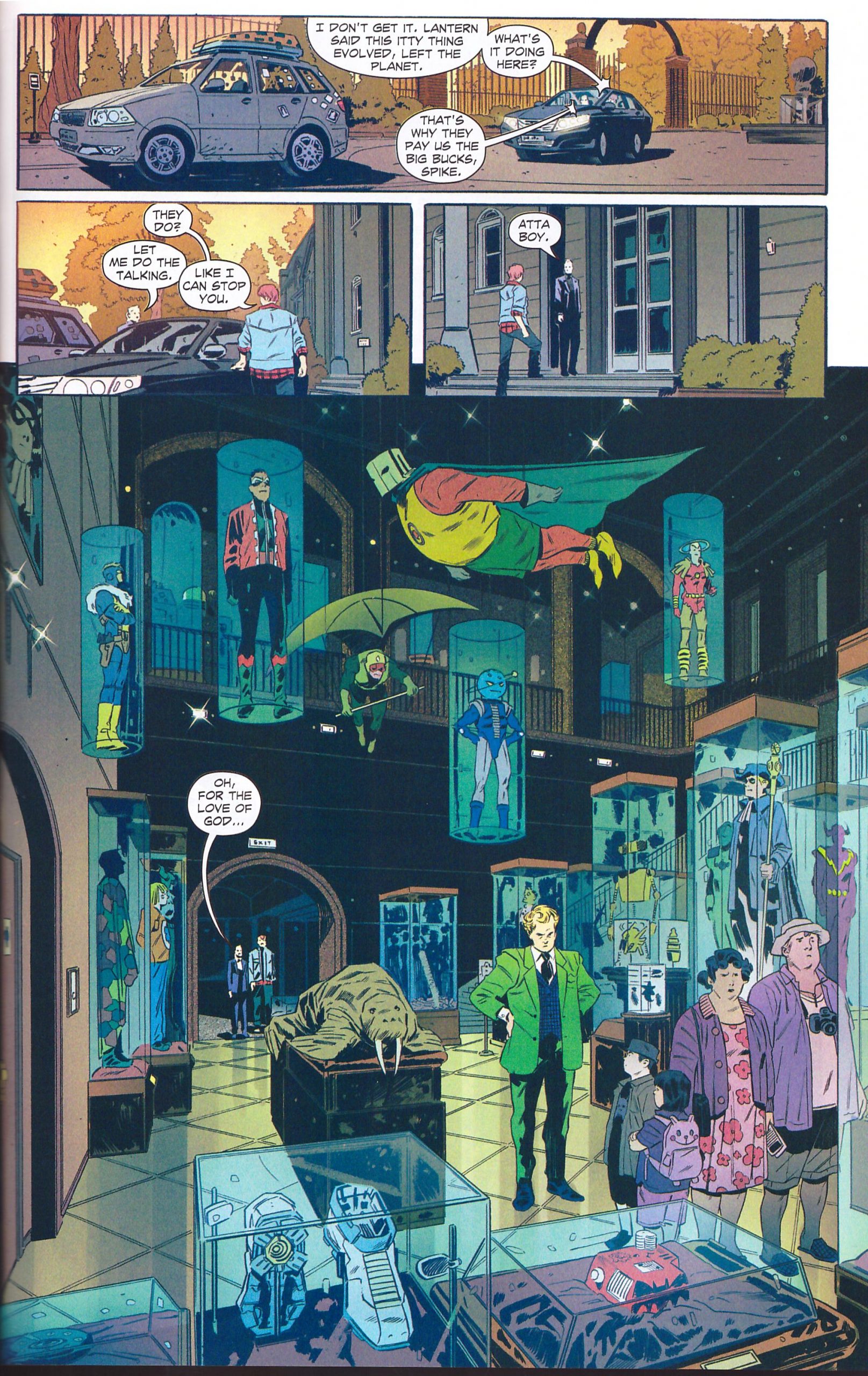 Keith Giffen’s prodigious imagination strikes again as he introduces the private investigators clearing up the indiscretions of superheroes, the messes that need attention, but which they’re too busy to cope with right now. Batman might have had some spare costumes stolen or a youthful Superman may have thought it a good idea to bury some kryptonite on an island he shaped to resemble him, now being developed as a luxury resort. That’s just the opening two chapters. Wonder Woman, Green Lantern and Flash have secrets too, each of them treated just as scornfully by Sugar, who’s the no-nonsense brains of the outfit. Spike supplies the muscle and asks the questions that explain the plots, Giffen’s dialogue gloriously spiky.

Because the plots are played straight, but are actually ludicrous, Sugar & Spike is blessed in having an artist who buys into the idea. Bilquis Evely is excellent, presenting versions of the heroes you can believe as the real articles, and a world they inhabit that’s just as real, shapechanging green aliens with pointy ears notwithstanding. Giffen might put the words in the mouths, but Evely supplies the attitude, the soft and likeable Spike more touching than you’d believe, and far more obviously, Sugar being a complete ballbuster. The joke is that their attitudes represent each other’s names.

It’s completely irrelevant to know that in the 1950s Sugar & Spike was a first rate humour series, long before Rugrats the joke being that the kids could talk to each other in a language adults mistook for gibberish. If you do know that series, and there is an Archive edition, Giffen adds an extra layer to Metahuman Investigations by maintaining the old relationship whereby Sugar is the smart cookie able to wrap Spike around her little finger and always a step ahead. A further treat is the prime member of their supporting cast also putting in an appearance. Equally irrelevant, but another nice nod to people who have history with DC is that all the embarrassing items featured were actually taken from old stories. The sample page is a treasure trove of DC’s more ridiculous past, and yes, Hal Jordan did once roam the galaxy with a pink alien flower on his shoulder.

For all the referencing of the past, the only information really needed to enjoy the first five chapters of Metahuman Investigations is a passing knowledge of DC’s cash cow superheroes, and it’s a safe assumption that everyone reading this review possesses that. For the most value, the final chapter requires some knowledge of the Legion of Super-Heroes in all its complicated incarnations, and it’s the slimmest of the stories, a single joke stretched a long way, yet still with some sparkling lines.

Perhaps it doesn’t affect all copies, but some were certainly printed with a fair quantity of pages very slightly out of register, meaning some blurring of figures and lettering. 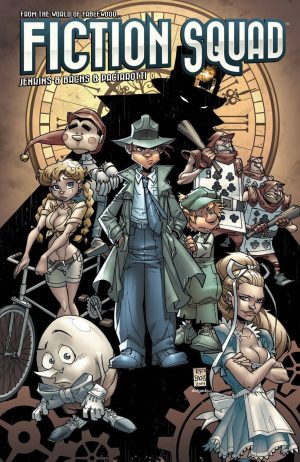