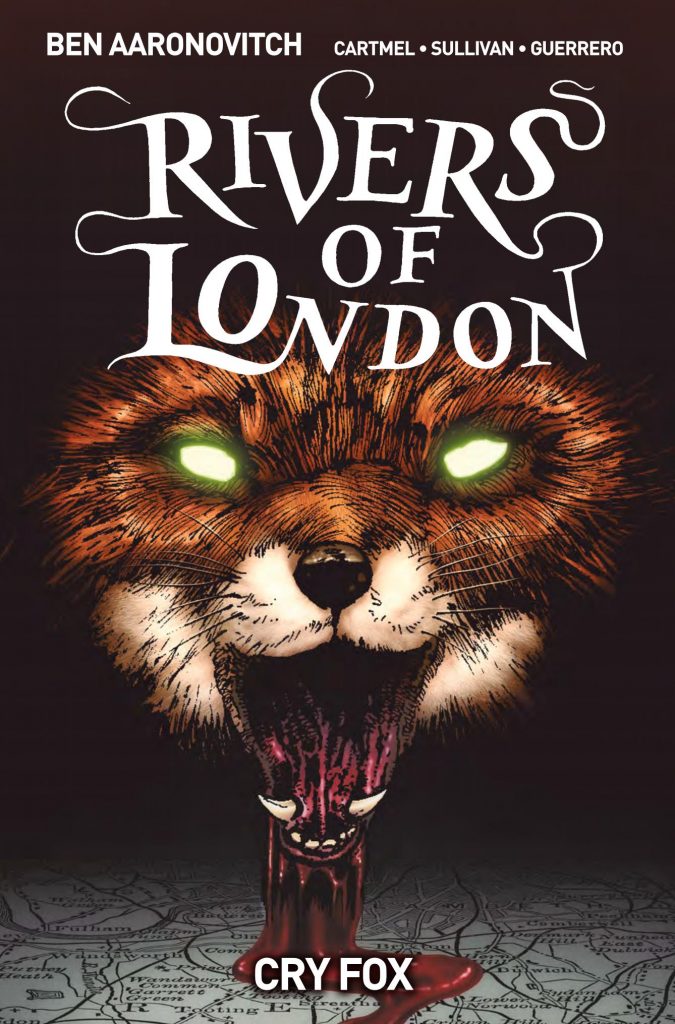 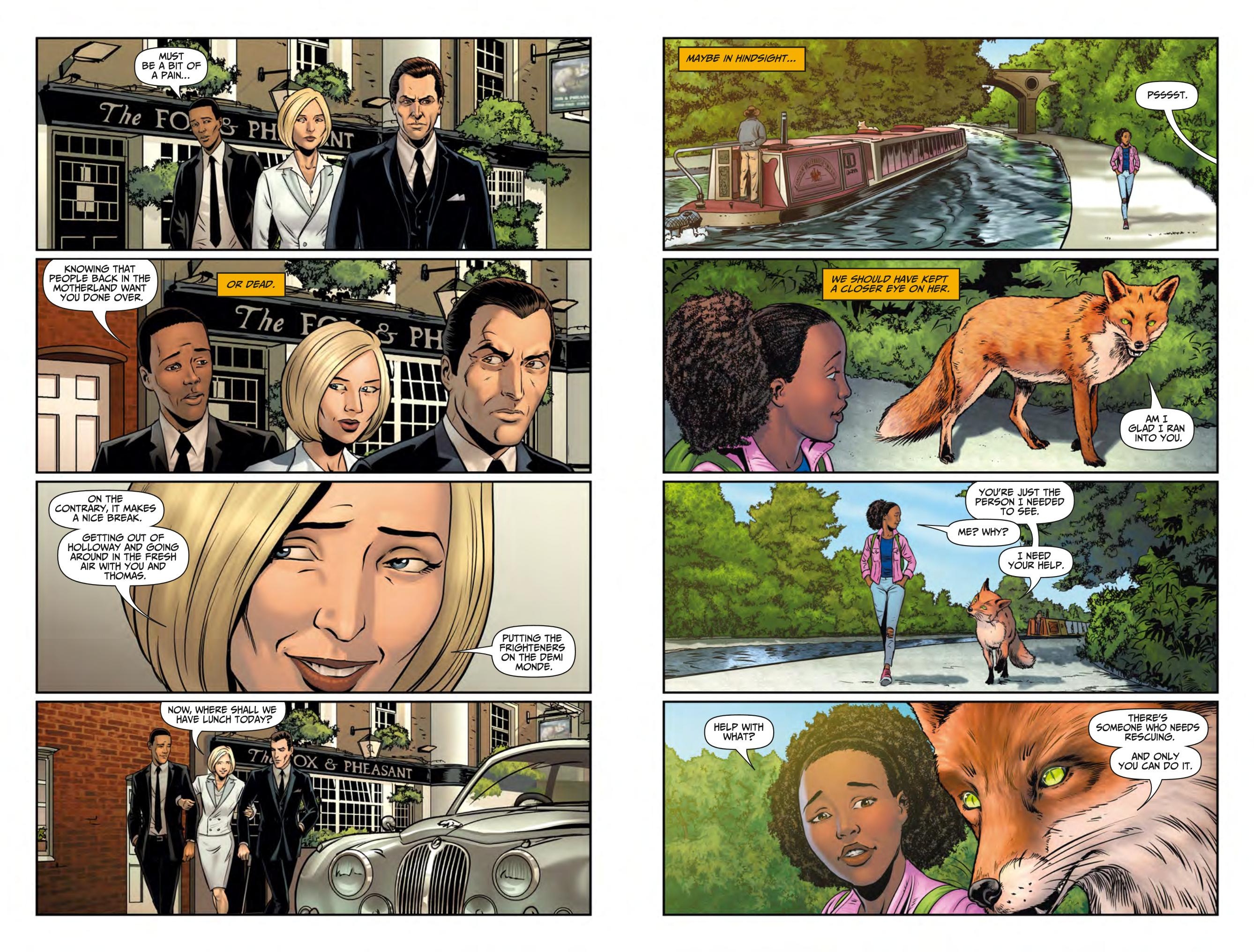 Peter Grant’s now fifteen year old cousin Abigail Kamara appeared in four of Ben Aaronovitch’s Rivers of London novels, but Cry Fox is her graphic novel bow. She’s a bright kid, accepted to study magic at the Folly once a week, but officers forgetting that while doing someone else a favour turns out to be costly. In her favour is making the acquaintance of Anna Yakunina, who we met along with her now jailed parents in Night Witch. The writing team of Aaronovitch and Andrew Cartmel turn in a clever plot, hinging on Anna’s mother already having tried to pull one over on the police, so not considered entirely reliable when claiming her daughter’s been abducted.

While their opening graphic novels had structural problems, good writers can adapt to any form, and Aaronovitch and Cartmel are good writers who’ve rapidly learned how to pace a story in comic form. Seeing that was the only notable problem with their writing, Cry Fox reads extremely well, introducing the cast and their reputations proficiently, and letting matters flow from there. If there is a glitch it’s presuming a familiarity with the overall cast, not supplying introductory pages as there were in the previous Detective Stories. New readers can figure out Peter’s girlfriend, but why is an otherwise dangerous thug working on her garden. Again, see Night Witch.

As has been the case over the previous four graphic novels, Lee Sullivan’s artwork matches the tone of the series beautifully, supplying interesting looking new cast members, keeping the known faces consistent, and enjoying himself with a few little background jokes. Basil Brush in story about foxes? Boom, and indeed, boom.

The primary problem for Grant and his colleagues is one Reynard Fossman, introduced on the opening page as a particularly slippery character, and one able to employ talking foxes to carry out his commands. There’s more to it than that, but best discovered by reading. Credit to Aaronovitch and Cartmell also for not attempting to conceal the source of one hefty plot constituent. Not only is this not hidden, but the lifting of it is fully credited in story.

A pattern now characterises the bonus features, with four character-based single page gag strips every book, and an informative article about something related to the text, this time the history of foxes in folklore. Is it the work of the writers, or editor Steve White? These pieces well crafted essays deserve a credit. After the teething problems all the Rivers of London graphic novels have been thoroughly readable fun, and it’s nice to see them published so regularly.