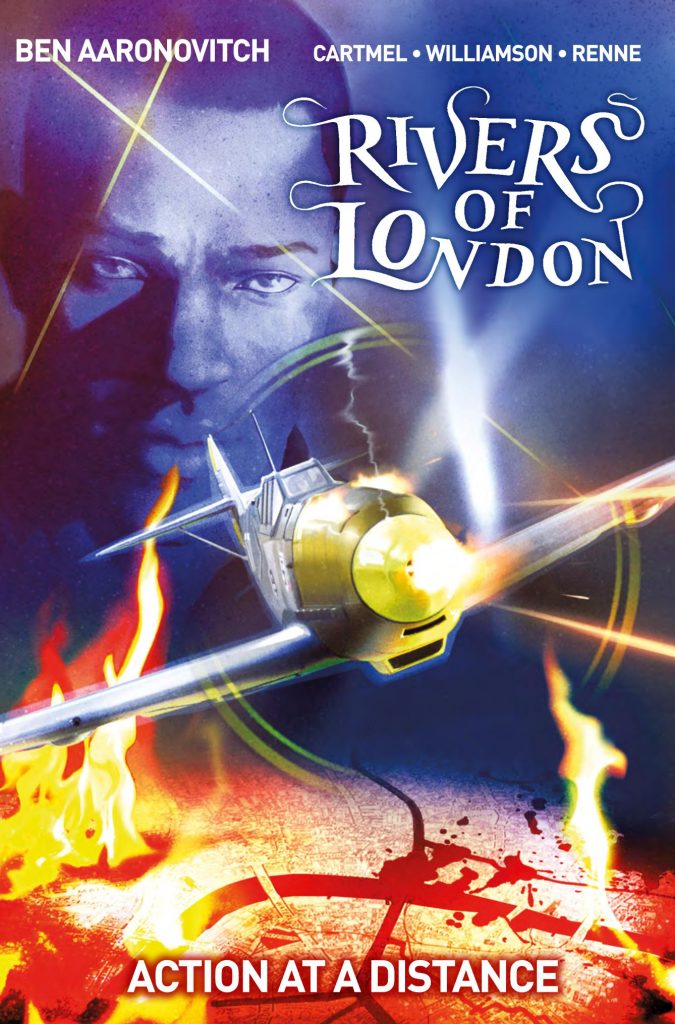 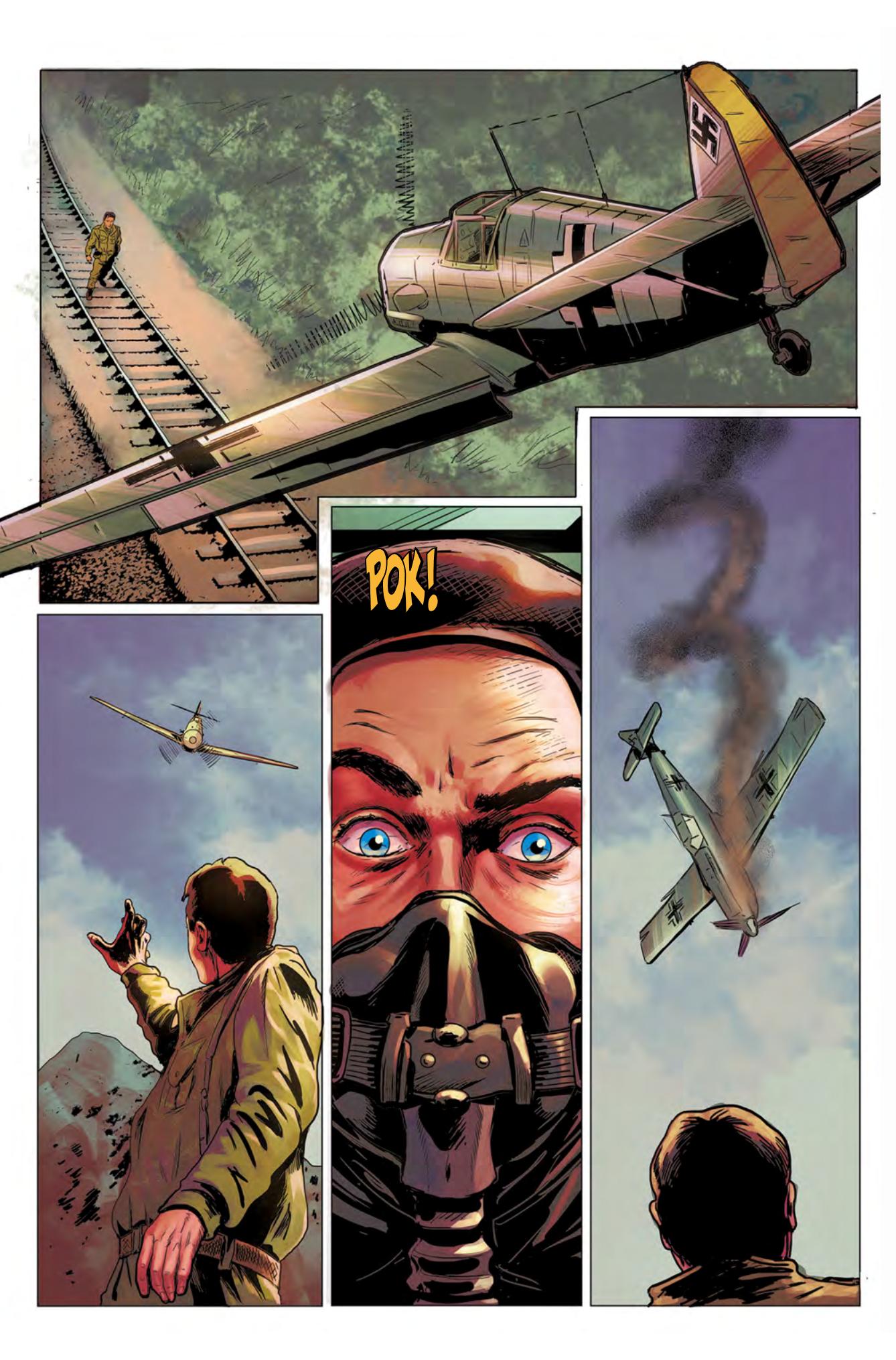 Peter Grant is a trainee wizard and a full time police detective, assigned to the Met’s Special Assessment Unit run by Chief Inspector Thomas Nightingale, that unit responsible for investigating London’s supernatural crimes. However, Grant’s just the means by which Action at a Distance is set in motion, as it’s a period piece primarily featuring 1957, with threads heading back to World War II.

As creator of the Rivers of London novels, Ben Aaronovitch’s name earns the largest credit font on the cover, but only Andrew Cartmel is credited for the writing inside on a story that sees Brian Williamson take over the art from Lee Sullivan. It’s an unpleasant glimpse into the corridors of power as a serial killer is protected, his disgusting indulgences permitted on the basis that he’s useful to the nation. He’s German, co-opted after the end of World War II and working in a secret government research establishment.

It’s a clever plot well developed, readers both appalled by the criminal’s freedom, yet following the story from Nightingale’s confident view, so equally confident the predator’s time is short. Along the way Cartmel throws in clever references to other characters from the Rivers of London novels and graphic novels, which have a shared continuity, and some mind warping facts about the UK’s early atomic energy procedures.

Williamson drew the short back-ups in Water Weed, and his art is heavy on shopped in backgrounds, but he supplies a suitably grainy look to them. He’s good at letting readers know what people are thinking, a useful skill when it comes to the enigmatic Nightingale, and he supplies a nice bloodhound as well.

Celeste Bronfman’s four comedy single pagers are this time drawn by Mariano Laclaustra, who’s the artist on The Fey and the Furious, which follows, so perhaps a pattern is developing. They’re slight, but catch up on supporting characters not seen in the main story. Events featured in it are expanded on in the four articles closing the book, all interesting and informative, especially the information about illusionist Jasper Maskeyne transferring his skills from the stage to the battlefield during World War II. There’s no separate credit, so presumably we’ve Cartmel to thank.

The Rivers of London graphic novels have been consistently entertaining, and despite the change of artist, the story of Angus Strallen, Uwe Fischer and Thomas Nightingale continues that run.