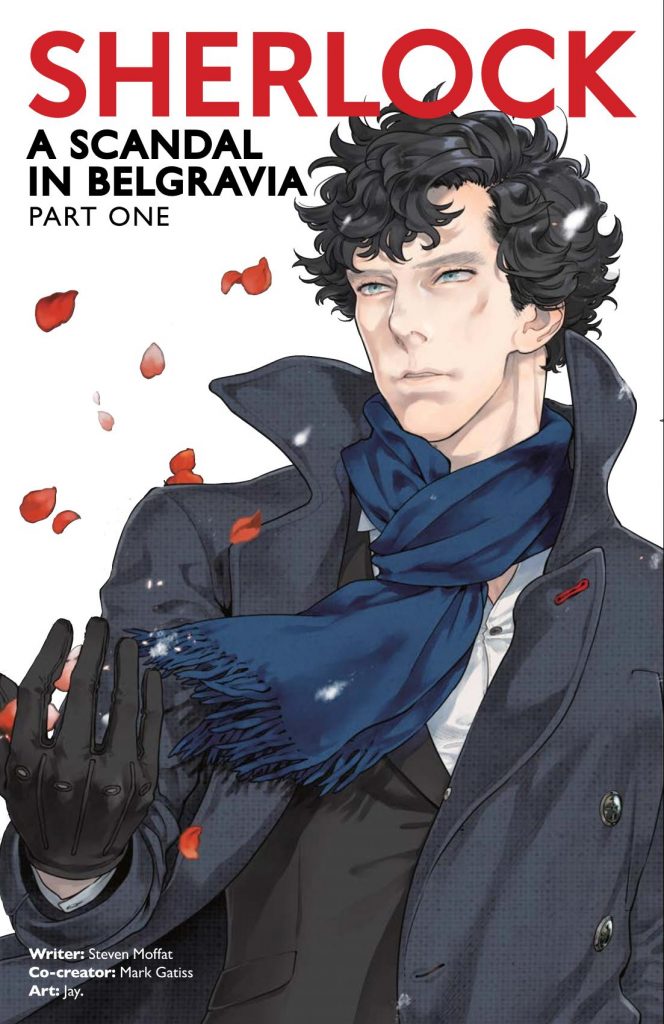 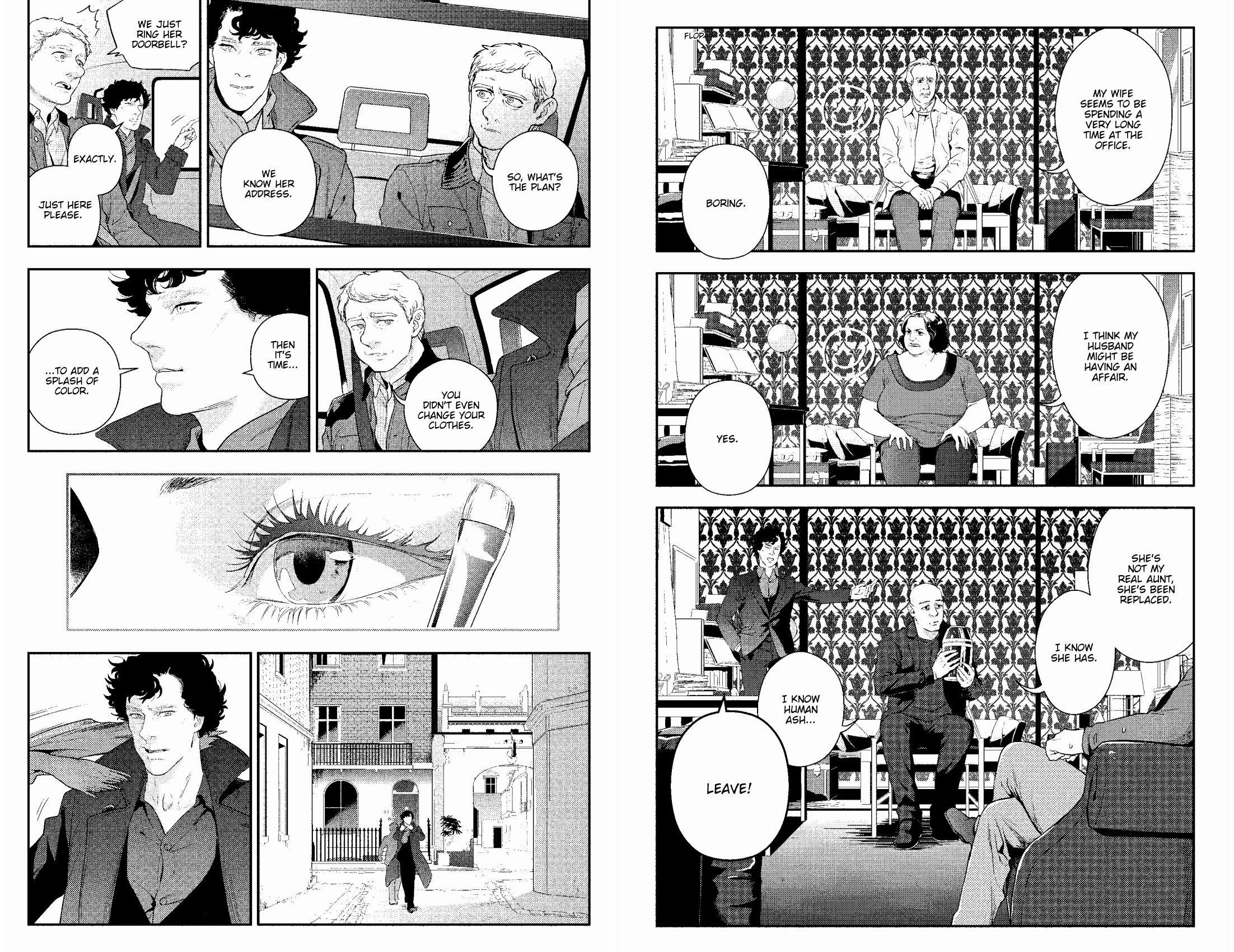 The first run of Sherlock TV shows ended with a cliffhanger, as do Jay’s graphic novel adaptations, the last of which was The Great Game. However, the complexity of its sequel A Scandal in Belgravia, means a single graphic novel package wasn’t deemed adequate for the adaptation, so this only takes us halfway.

It became a Sherlock trademark that series cliffhanger endings were unconventionally resolved by writers Mark Gatiss and Steven Moffat. Their solutions were equal parts clever and frustratingly trivial, which applies to the matter of a bomb strapped to Dr Watson to be activated if Sherlock shoots Moriarty, the perpetrator. Of course, with Sherlock’s personality being on the spectrum that might happen anyway, but it doesn’t. It takes a while after that before moving into the main plot, Sherlock bored by the clients he’s receiving and the simplicity, to him, of solving their cases. There’s then an interlude of a case Sherlock is seemingly unable to solve. It takes the appearance of Mycroft Holmes needing Sherlock’s help to prevent the embarrassment of a minor British Royal for the main plot to swing into action.

A Scandal in Belgravia’s opening section is a whirlwind of whimsy and personality, the jokes packed in tightly and the dialogue beautifully arch. “People come to you for help do they not Mr Holmes”, offers a Buckingham Palace flunky. “Not to date anyone with a Navy”, responds Sherlock. Irene Adler, the person Sherlock must outwit is a formidable challenge, and her naked first meeting with him presented with the panache of the TV version by Jay. She’s given considerable poise, able to assess people as completely as Sherlock, and is even able to outwit him to a point. The cat and mouse of their meeting formed an extended TV scene, and Jay provides the full treatment here.

As far as the visual adaptation goes, it has the same strengths and weaknesses as Jay’s previous Sherlock work. He produces a fantastic likeness of Benedict Cumberbatch as Sherlock, but finds Martin Freeman’s Dr Watson elusive, while Gatiss’ Mycroft hovers in between, sometimes nailed, sometimes not. Every now and then Jay will pull out the stops for the background, but he generally prefers not to bother. They may be time consuming to draw, but sumptuous presentation was essential to the screen success, so it’s shame to see so many pages consisting just of figures and basic backgrounds.

The TV script split conveniently into two halves, so that provides a natural breaking point for the continuation presumably intended. By that point anyone who doesn’t know the story should be thoroughly engrossed, and those who do will be pleasantly reacquainted with an old friend.