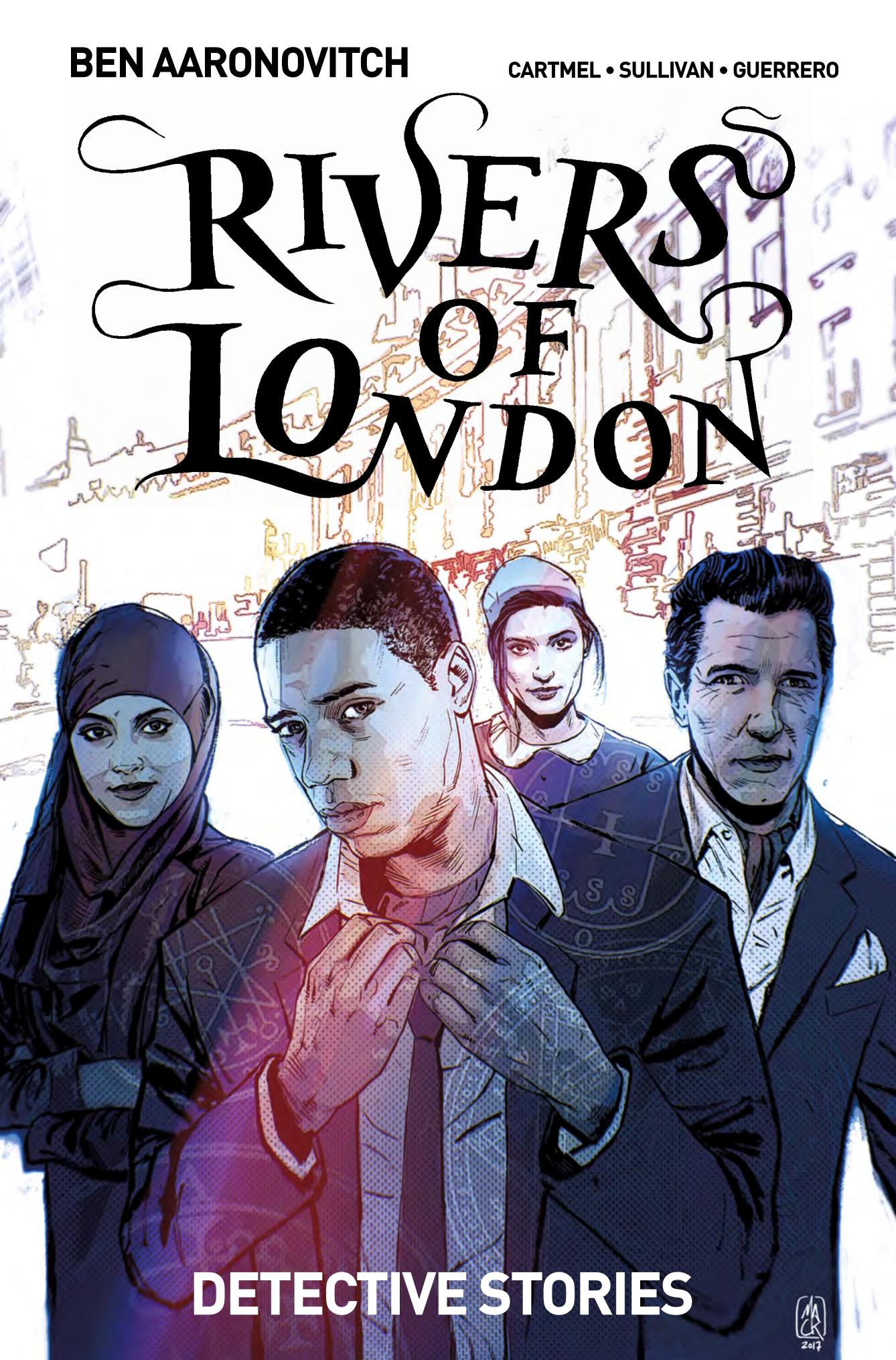 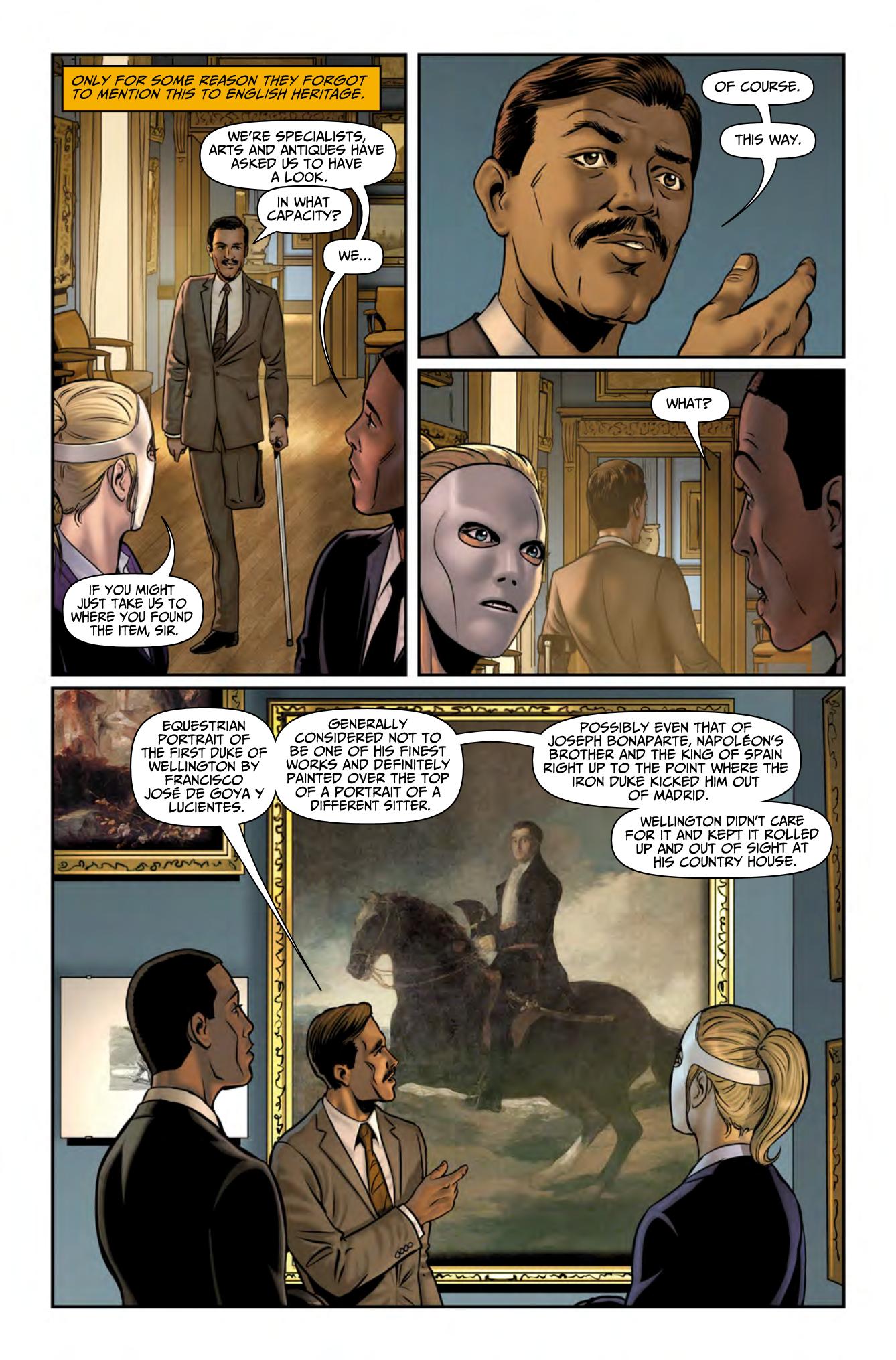 Unlike the previous three Rivers of London graphic novels, this is a collection of shorter stories rather then the single case for police detective Peter Grant. He’s been seconded to what’s known to insiders as the Folly, a police department dealing with the supernatural despite the incredulity of some colleagues, and the writing team of Ben Aaronovitch and Andrew Cartmel use the framing device of Grant’s assessment to incorporate four stories.

The opening case delivers significantly more plainly provided evidence about Grant’s affiliations than the previous books, and so means Detective Stories is the ideal first Rivers of London graphic novel sampler for those who’ve not encountered Grant in Aaronovitch’s novels. That’s even discounting all four stories being good, and maintaining the series reputation for variety. We’re presented with someone who would be in contact with old gods, a mysteriously gifted sketch, the spiritualist who reports corroborative evidence of murder that occurred before her birth, and what seems like an ordinary day of community policing. It isn’t.

A nice feature of Rivers of London is that in every graphic novel there’s a place where Lee Sullivan can step away from his solid storytelling, considered character definition and perfectly drawn Hillman Imps and indulge himself artistically. Here it’s four different drawing techniques in a life drawing class as a deceitful witness poses for them. There are occasions when Sullivan’s backgrounds seem underpopulated, but that’s the only downside to art that otherwise picks up on the sardonic tone of the stories perfectly.

By the end of Detective Stories it’s been reiterated what an imaginative pairing Aaronovitch and Cartmell are, the breadth of their knowledge and perversity has been revealed, and we’ve all had fun along the way. That’s entertainment. Cry Fox returns to the format of a single longer story.