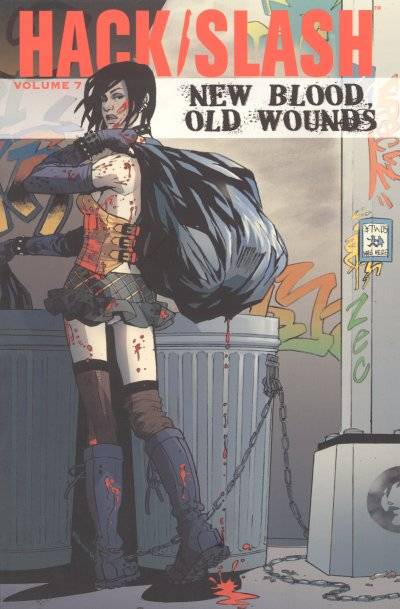 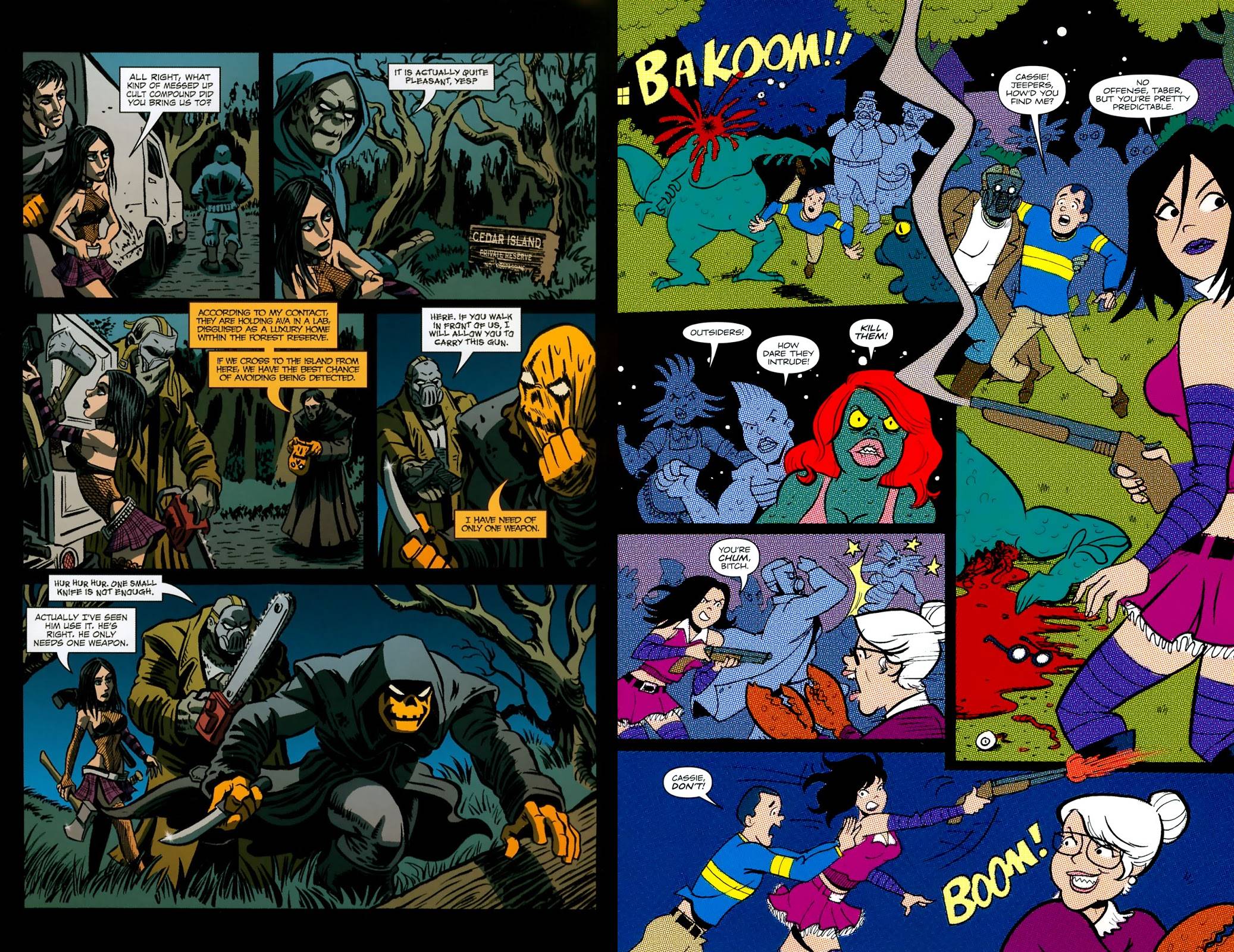 In Revenge and In Love introduced Samhain, a strange pumpkin-masked character in a hood who actually saved Cassie’s life from the bizarre Black Lamp Society. They have a sinister purpose that ties in the with the continual rebirth of slashers. However, they’re only indirectly involved here, with the main threat being dozens of deadly feral creatures.

New artist Brian Baugh (sample art) makes a notable start with a busy, dark cartoon approach. A few problems with the relative size of body parts apart, Baugh is very good despite the complete change of visual outlook. He defines the cast and the scenery well, has a good design sense and is fantastic with movement. His style draws the sting from the more gruesome moments, which is not perhaps what all Hack/Slash readers want, but they might be grateful once they see what’s pitted against Cassie and Vlad.

Because there’s a lot of background material needed to explain this content and set up future stories, in both of the two chapter stories Baugh illustrates, his art is in places plastered with large boxes of explanatory text. It’s a change of pace on Tim Seeley’s part, but that awkwardness apart, both are fast-paced and provide plenty of danger. Old foes once again manifest, this being the nature of slashers after all, but Seeley’s always clever about the way he brings them back, and one of them is reworked into something even more terrifying.

The antidote to that is provided in the final story, which returns to the town of Haverhill, last seen in Revenge of the Return, and which may well remind you of another comic feature. Dan Parent is drafted in to draw the bulk of the story (sample art right), which also features a naturalistic page or two from Daniel Leister, who’s the artist on Super Sidekick Sleepover Slaughter. It’s all entertaining, if trivial and jokey, but Seeley provides a surprisingly touching epilogue page.

Most Hack/Slash material has subsequently been collected in the larger size Omnibus format, with most of this content featuring in volume three. Absent from that, however, are the four pages of Jeffrey Brown’s weirdness ‘Vlad & Cassie vs. Bloody Mary’. The value will depend on whether you see Brown’s work as admirable outsider comics or amateur fumblings. 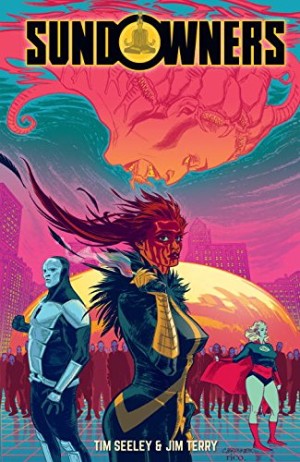