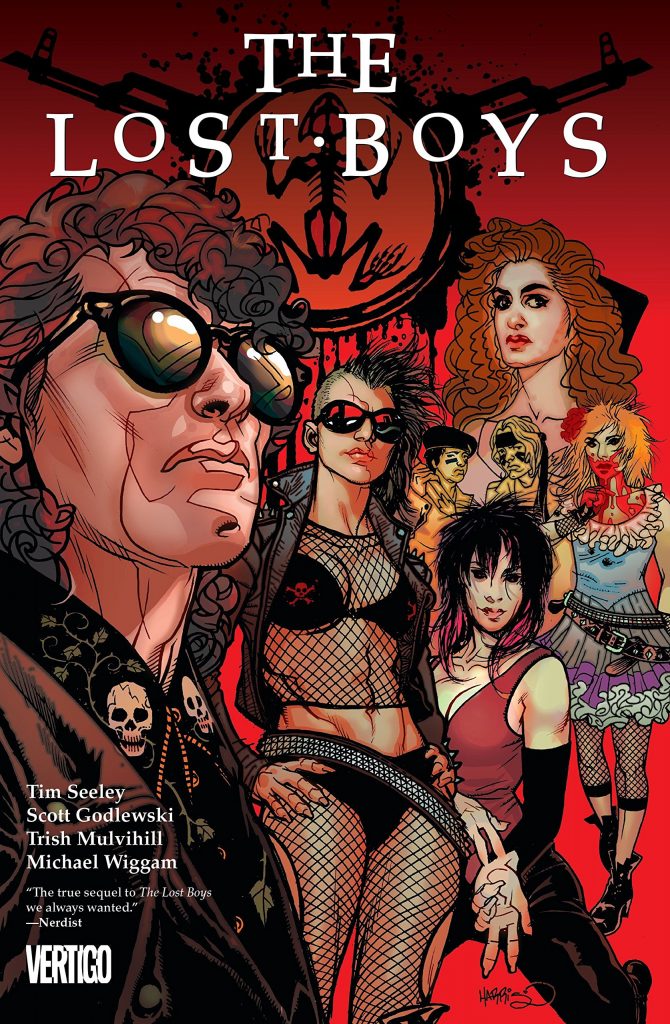 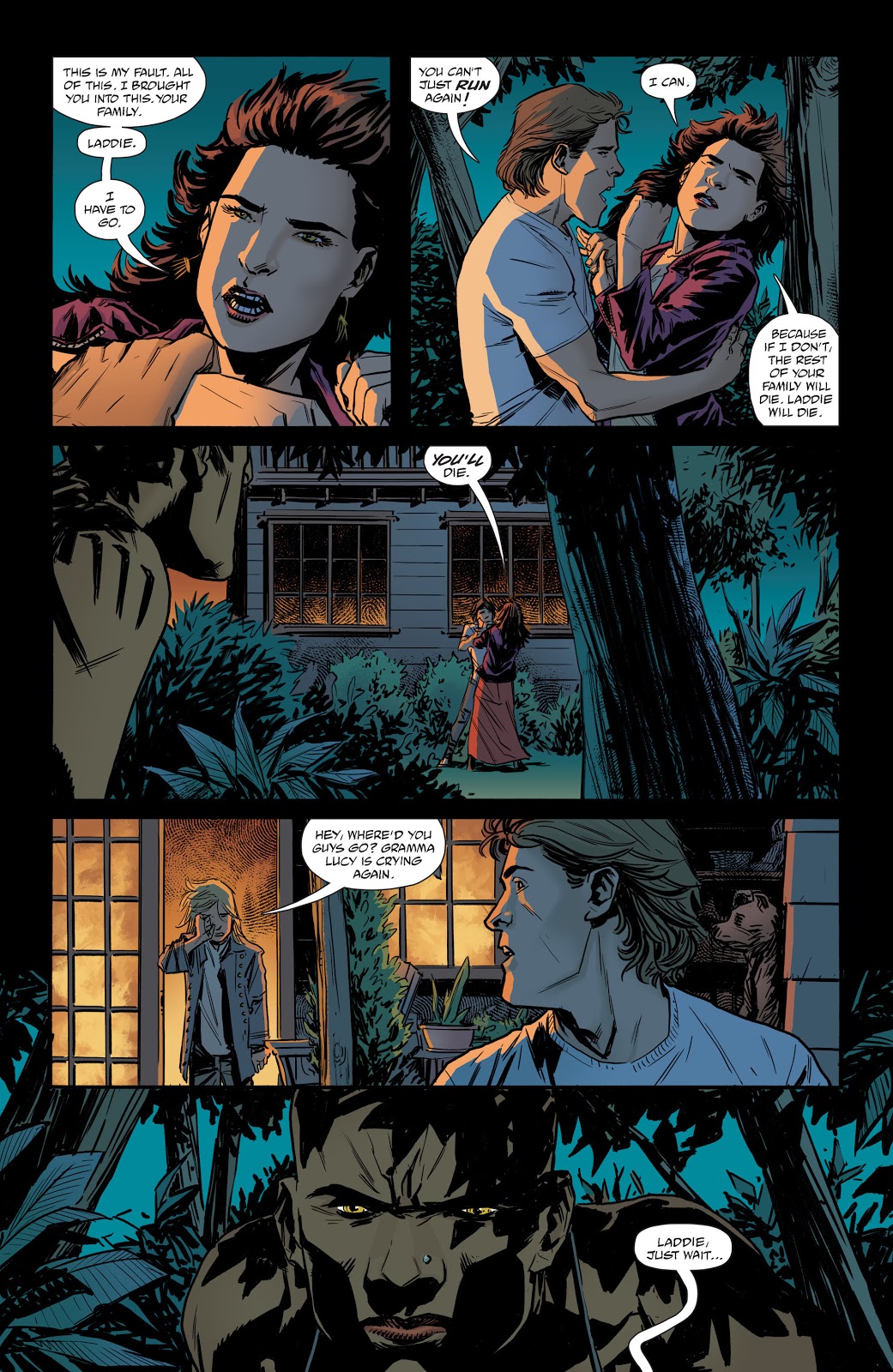 The Lost Boys was a surprise cinema hit in 1987, showing us how brothers Sam and Michael Emerson, new to Santa Carla, California, took out vampire lord Max. It spawned two sequels, neither as stylish as the original, and ignored by writer Tim Seeley, who picks up after the events of the first film. Sam and Michael have settled into some form of normal life, unaware how their reputation has spread around the vampire community, while their grandfather, who does suspect that, won’t be around to help them. And Star, the girlfriend Michael fought so hard to protect, seems to have some aspects of her life that she’s not sharing.

Setting this sequel right after the movie makes it a period piece, so the dopey headbands, mullets and walky talkies all feature, and there’s a superbly ridiculous new vampire hunter, spouting hilarious dialogue. It’s all played with a straight face, though, because Seeley hits the right tone, the middleground between heroism and stupidity as Michael and Sam can’t trust anyone when they investigate a disappearance. The plot they become involved in is rolled out by Seeley on a suitably ambitious scale, and he works well with the film characters,

Scott Godlewski doesn’t use likenesses of the actors from the original film, but that doesn’t really matter, and neither does his tendency to afflict most cast members with improbably large chins, as what he’s doing otherwise is very good. His vampire bloodlust is well conveyed, he maintains the action, and he picks up on the mood Seeley’s setting, never dipping into comedy.

Seeley blindsides near the end with a twist most won’t see coming, leading to a final battle in a most unlikely location, and then tops that with a good old-fashioned cliffhanger. Everything adds up to a concoction that should please both those who enjoyed the Lost Boys movie and new fans. 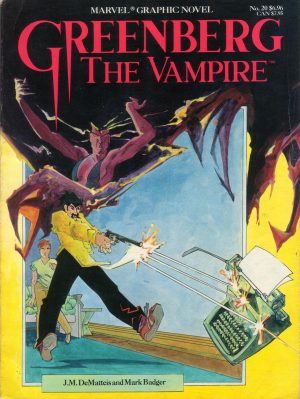