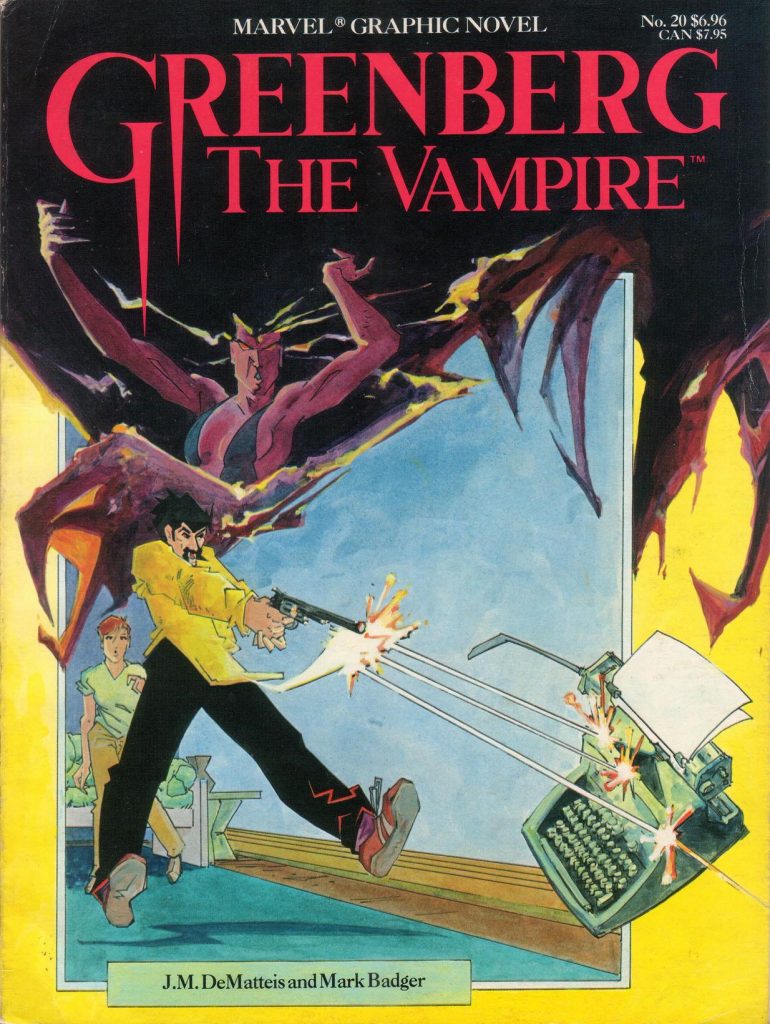 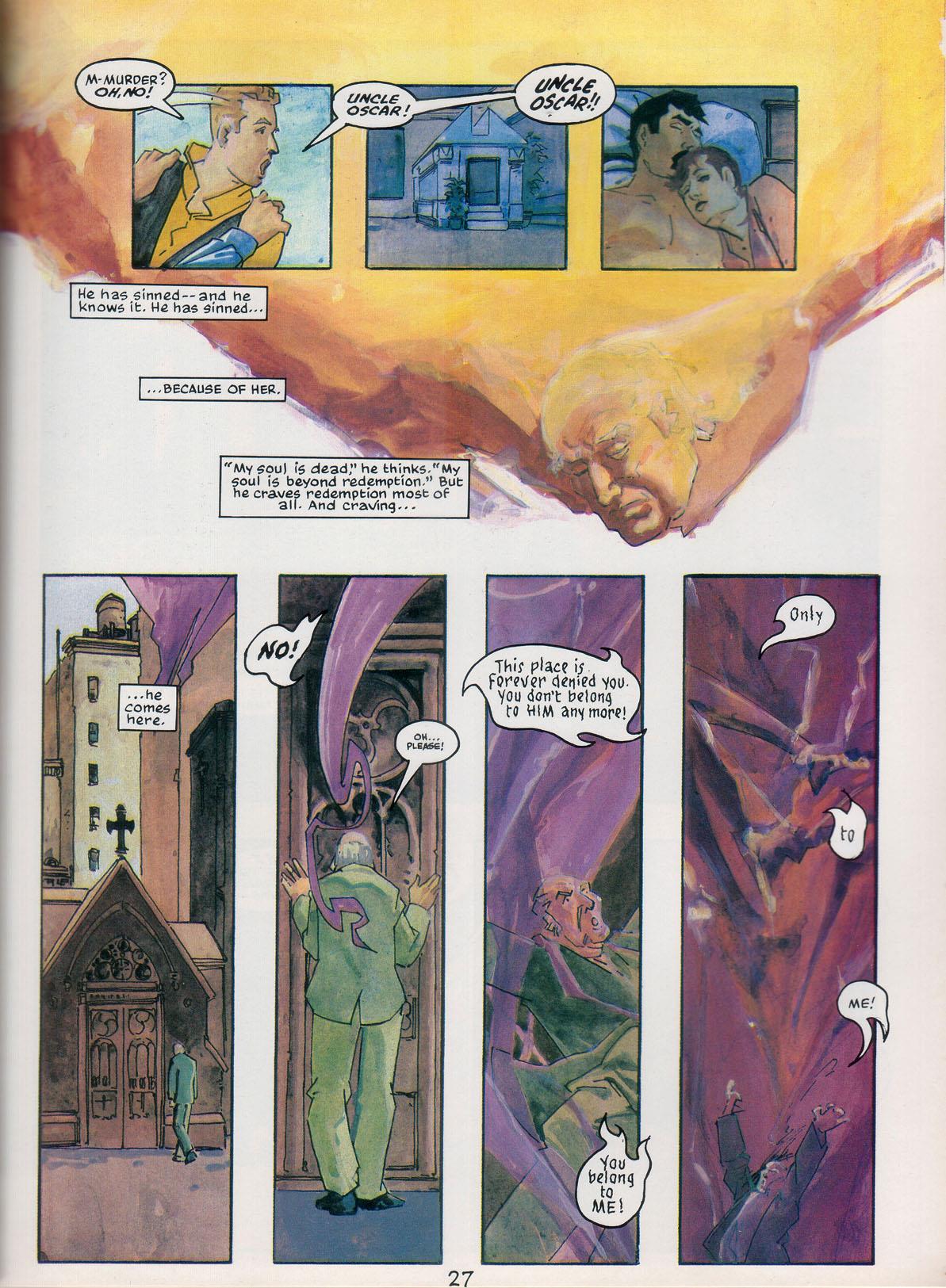 You think you have problems? Oscar Greenberg has problems. Not only is he a vampire, he’s Jewish, with a strict Jewish mother with a heart condition. Luckily his orthodox brother owns a kosher butcher shop, so when Greenberg confesses his new status, he’s never short of chicken pieces or gallons of chicken blood. Oscar’s family experience is complicated by various members experiencing a form of blackout during which they warn of dire consequences, his mother convinced that Lilith, of supernatural infamy, is targeting her son. Greenberg’s also a writer, a well known but extremely reclusive writer, paranoid about the forthcoming film adaptation of one his novels, and suffering an extreme form of writer’s block.

When published in 1986, Greenberg the Vampire was a departure for the quirky Marvel graphic novel line as Mark Badger didn’t produce black and white line art to which colour was then applied, but instead painted every page. Badger works in what looks like watercolour, but it’s not every artist who’d be so bold as to saturate the pages in oranges and purples. It means his art still has a distinctive look while simultaneously being rooted in 1980s design styles, as are the cast, the women in particular looking as if they’ve stepped off the set of a Duran Duran video, Greenberg’s mother excepted.

As a stylistic device J.M. DeMatteis includes a fair amount of Greenberg’s prose, starting with an expository four pages of introduction to his life and circumstances. With the story heavily rooted in family and DeMatteis’ own trade of writing there’s the feel of something personal being exorcised via Greenberg and his trials, although only DeMatteis could himself provide the full explanation. These elements are combined with comedy drama, and it makes for an awkward neither fish nor fowl story. Oscar’s a fundamentally decent man caught in an ages old battle, and comedy elements trivialise this. It could equally be said that the plot of immortal revenge severely impacts the decent family sitcom DeMatteis and Badger have going.

Greenberg the Vampire is welcome for its originality, and it has its moments. However, the Jewish vampire sitcom remains a relatively unexplored genre, and perhaps there’s a reason for that.