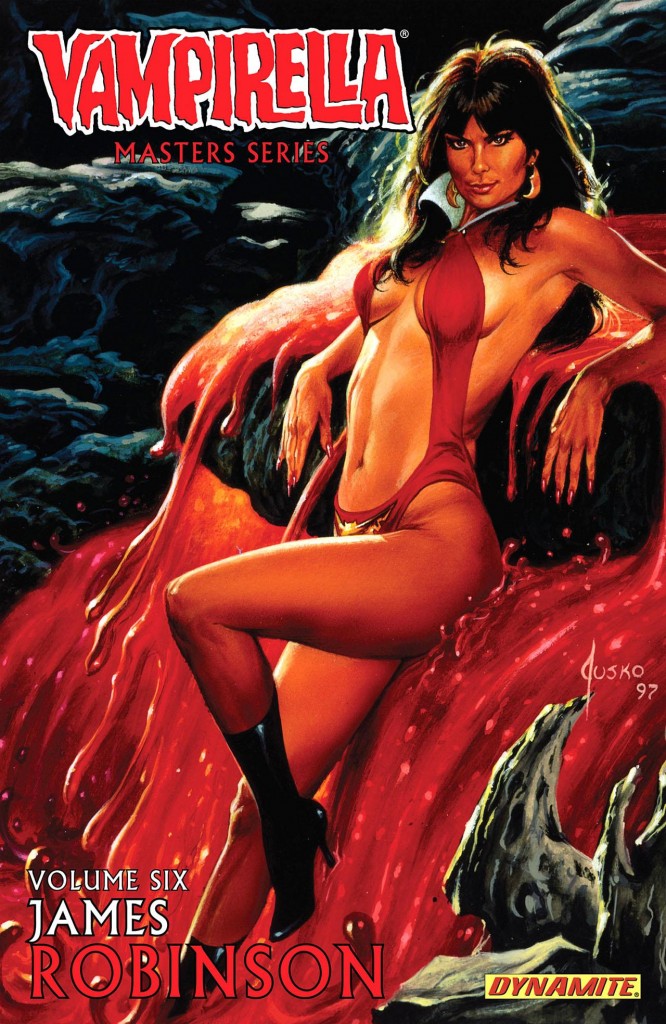 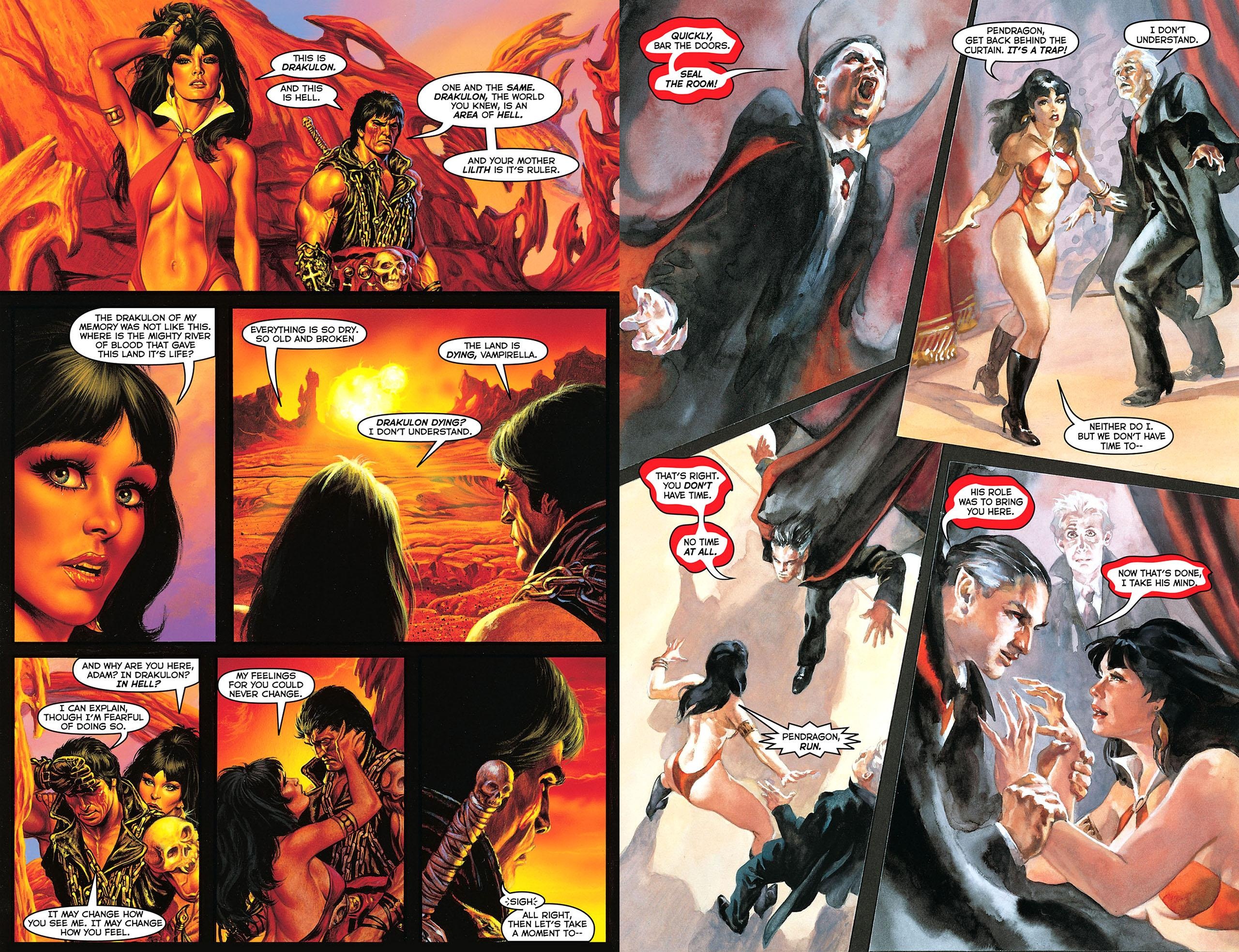 The most remarkable aspect of this collection is seeing 55 pages of fully painted art from Joe Jusko. Going back to the 1970s he’s been the painter of note for that single startling cover image or trading card, yet here he’s the man telling the story, not just summarising it. It’s sumptuous, and there’s none of the stiffness associated with illustrators more used to contemplating the single image. Vampirella and associated cast have a sense of movement about them, yet Jusko still provides some excellent character studies and stunning fantasy illustrations, and for many there’s no need to know anything other than a fantasy legend is on top form. It’s also worth noting that his Vampirella is alluring and enticing, yet painted in naturalistic fashion rather than in poses copied from sex videos as so often in the remainder of this series.

Jusko’s definitely been helped in producing his fantastic imagery by Robinson tailoring his script to the artist’s strengths. He’s based it around a quest featuring exotic creatures, plenty of opportunity for Vampirella to pose, and a landscape saturated in red. Robinson also deftly conjoins Vampirella’s original origin of an alien from the planet Drakulon with the latter day revision that she’s the daughter of Lilith, the original demon cast into hell. If there’s a problem with the story it’s that at two crisis points it’s emphatically Adam Van Helsing’s heroics that are fundamental, with Vampirella sidelined.

There’s a difficulty in presenting James Robinson as a Vampirella Master as he produced so little work for the series. In its entirety it consists of under eighty pages of comics, so the book is padded with thirteen pages of script for ‘Blood Lust’ before we move to his second story, in which Vampirella is pitched against Dracula, with whom she’s unfamiliar. This isn’t as satisfying. Ray Lago selected to produce the art as if seen through a light filter, saturating the pages, and Robinson has a prolix and tiresome Dracula centre stage, and providing a very slim plot. A second meeting is far better, with Robinson’s charming acknowledgement to the predecessors of his own material. Also of interest is cartoonist Rick Mays drawing from the layouts of painter David Mack, an artistic combination that may seem a car crash in concept, but actually works well.

The series continues with a look at a Vampirella supporting character in Pantha.