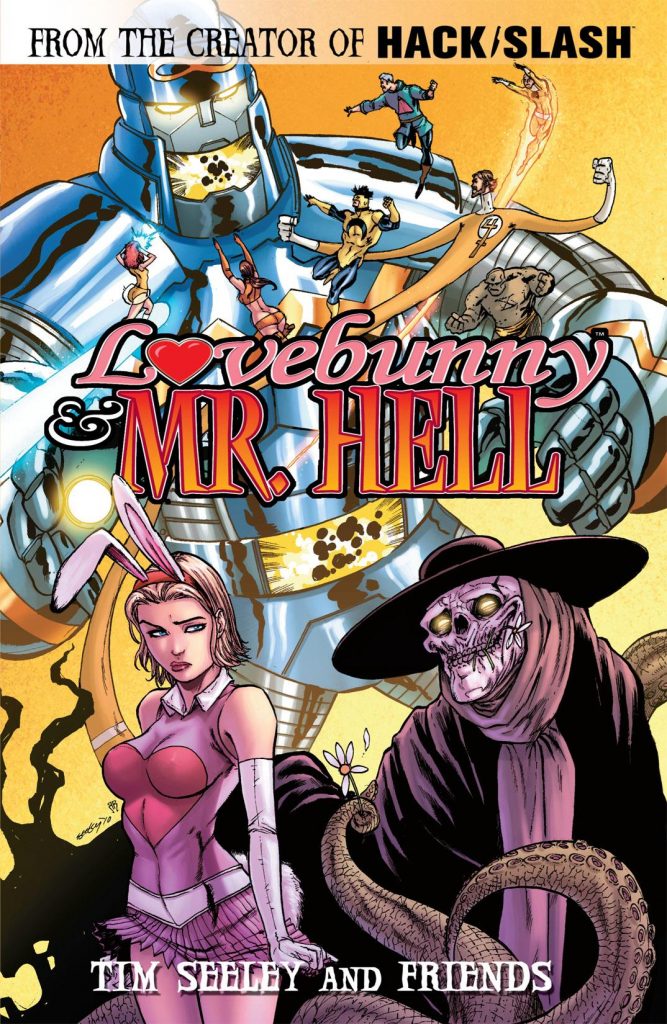 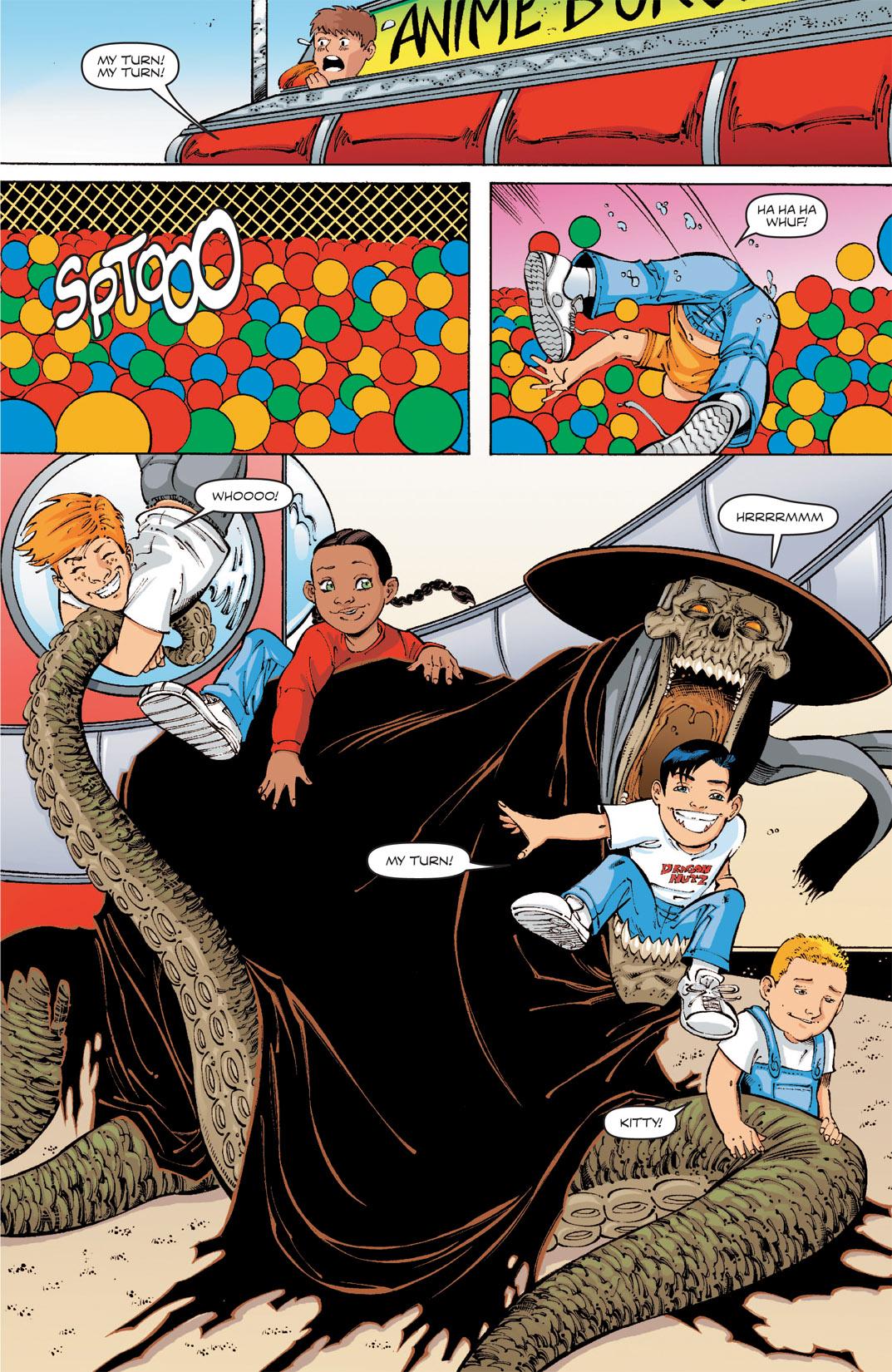 In a world of superheroes Lovebunny is a cosplay wannabe, hoping for a big break. It comes, but not quite the way she intended, when more by luck than by design she defeats an invasion from Hell and is stuck with a demon who doesn’t want to return.

The odd couple is a comedy staple, and Tim Seeley ensures some funny ideas derive from that, but as displayed by this being a collection of one-shots and shorts contributed to anthologies, there aren’t enough ideas to propel Lovebunny and Mr. Hell into headliners. A friendly demon who joins the infants in a soft play area is novel, as are visuals such as Lovebunny brushing its teeth, but more characters to play off the cast would be good, and it speaks volumes that the funniest strip is one looking back at Lovebunny’s past history with barely any Mr. Hell. And Seeley’s not involved with that one at all. There’s a suspicion that having come up with the characters he had difficulty in deciding what to do with them.

While better known as a writer, Seeley is also a competent artist, although the development stages toward that are seen. He has a sense of clarity and a good eye for designing a page best seen on a team-up with Savage Dragon. There’s also a talent for character design and once Seeley finalises Mr. Hell’s look, he has something memorable. Largely concealed beneath a cloak that wraps around his head, numerous green tentacles emerge from beneath. A not quite skull face then peeps from the brow of fantastic old-fashioned wide-brimmed hat. It’s an eccentric and defining touch. Lovebunny is also ridiculously designed as a pink Playboy style bunny, this less satirical and more a case of cake being had and consumed.

Four writers are credited, but Josh Blaylock and Mike Norton only contribute to the single strip, which they draw alongside Seeley. Brendan Hay’s responsible for the Lovebunny career retrospective, and also collaborates with Seeley on other strips.

There are jokes here, just not enough of them, and Lovebunny never really moves beyond the Little Annie Fanny type she was based on.