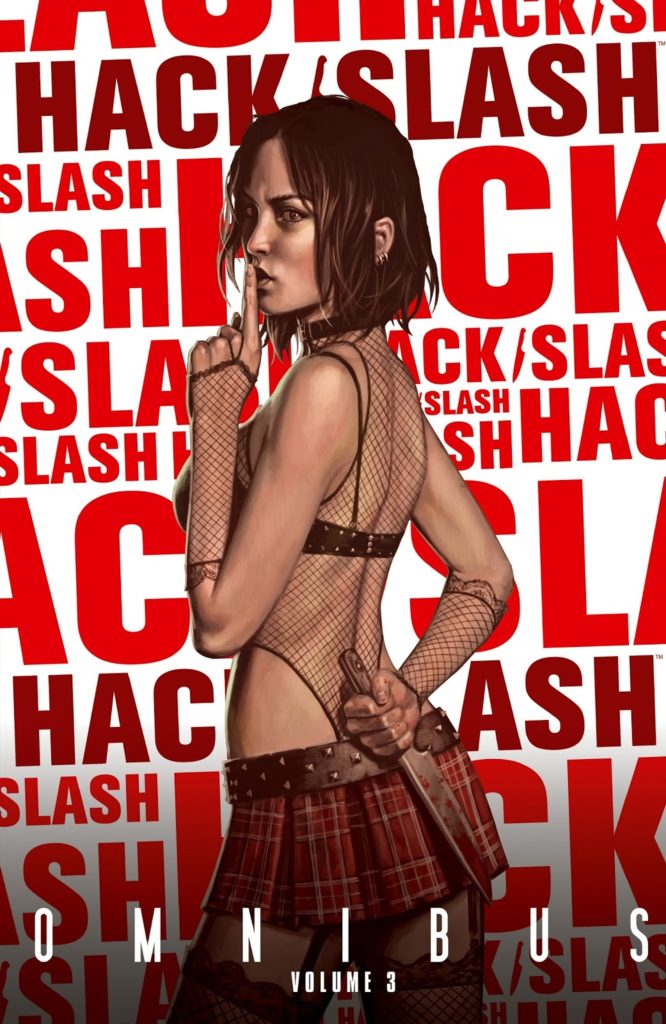 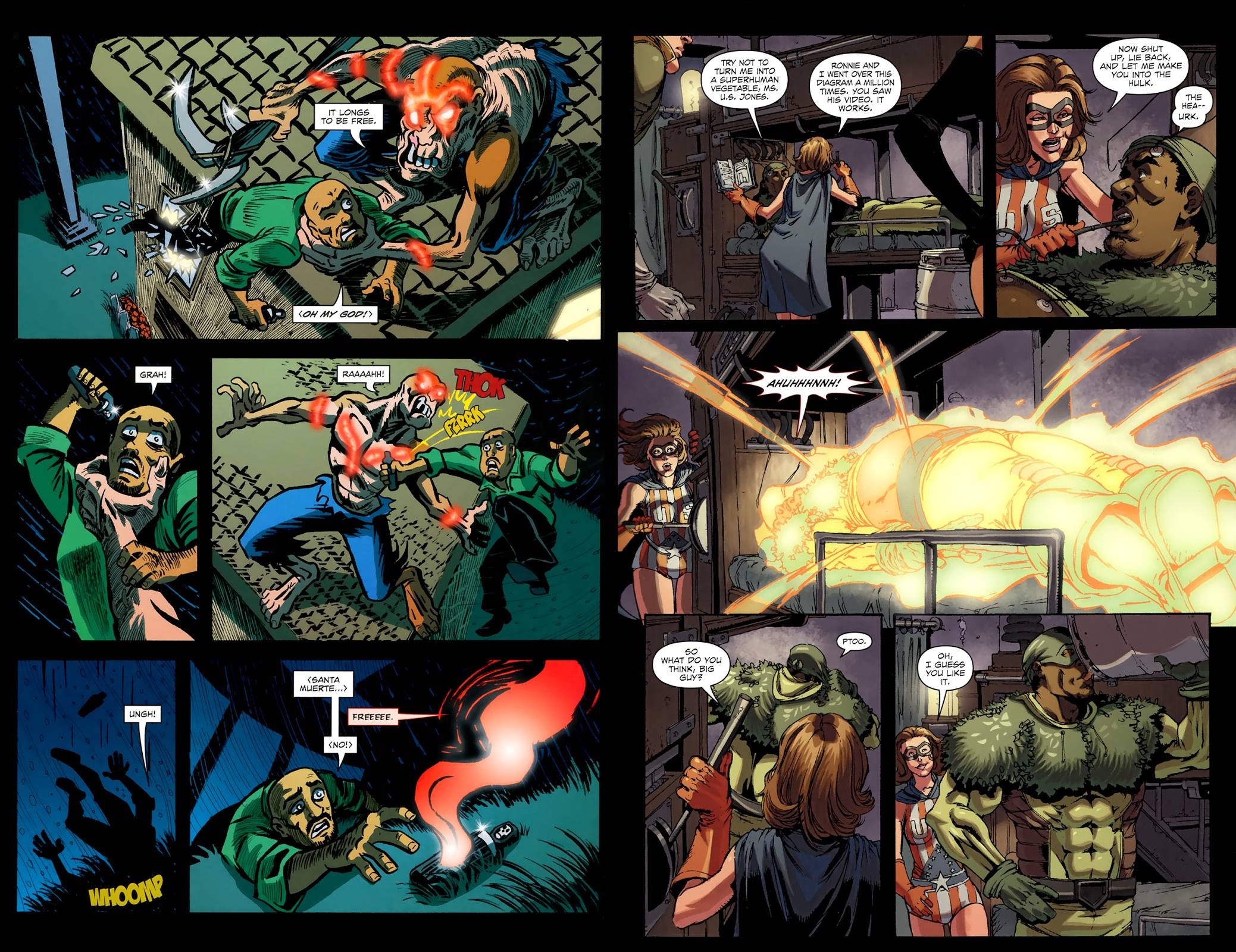 This third Hack/Slash Omnibus begins by picking up on the distressing events concluding Volume 2. Most people would be in pieces at constantly having to kill their mother, but this time Tim Seeley introduced a tragic variation for Cassie Hack, as her father also died. She’d been searching for him for some while, and the opening chapters deal with the emotional consequences. Tim Seeley sometimes doesn’t achieve the right balance between the hacking and slashing aspect and the introspection, and these opening chapters are examples. Their saving grace is the introduction of the Black Lamp Society and Samhain, who’ll both play a considerable role in Cassie and Vlad’s future, and the revelation of what the slashers are and why they keep coming back. Cat Curio is also introduced, but it’s a little further along the line that she has a greater relevance, and Pooch, the talking hellhound consistently surprises.

Seeley is a writer attuned to his audience, supplying the gore they want, but astutely enough that approaches are varied, and that the return of slashers seen in the past still generally surprises. One of those surprises is the introduction of superheroes late on, which may not immediately occur as relevant to Cassie’s world, but as far as the slashers are concerned, the more the merrier. That story returns to the capricious feel of Hack/Slash’s early days.

When it comes to lending Cassie and Vlad to other creators, Seeley is generous. Ken Haeser and Buz Hasson’ Living Corpse story is the Omnibus bonus material, as it doesn’t feature in standard Hack/Slash collections. The Living Corpse isn’t that far removed from Vlad, particularly as drawn by Hasson, but there isn’t enough plot to justify the pages used. Drew Edwards teams Cass and Vlad with his Halloween Man character, which is slightly better, but with the pair out of place in their surroundings. It’s appealingly drawn by David Baldeón, though.

The number of artists is itself an indication of varying quality, and Kevin Mellon can draw a nice pin-up page, but drops to poor for some story pages. Emily Stone was very reliable over the previous Omnibus, but draws her final stories here, which is a shame. Appreciation of her replacements is probably a matter of personal taste. Brian Baugh (sample spread left) has an efficient cartoon style, but one well removed from the way Cassie and Vlad are usually drawn, while Daniel Leister (sample right) takes the series forward. He’s very influenced by the Image/Top Cow look of the 1990s, which means the storytelling is there, but the women are awkwardly composed. Dan Parent only draws the single chapter Archie pastiche, but very well, and Seeley surprises with the sensitivity of the ending to what’s otherwise trivial fun.

Value for money is again key for what present a large chunk of series continuity and a couple of specials in an affordable format. The content is also available as regular paperbacks In Revenge and In Love, New Blood, Old Wounds and Super Sidekick Sleepover Slaughter. Volume 4 continues Cassie’s tortuted and violent life.