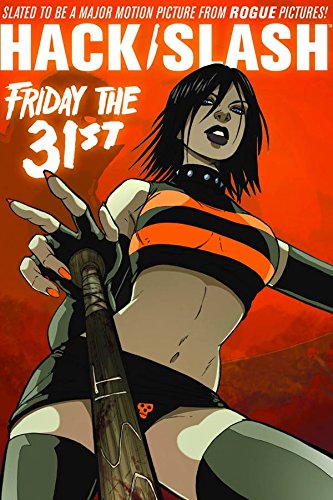 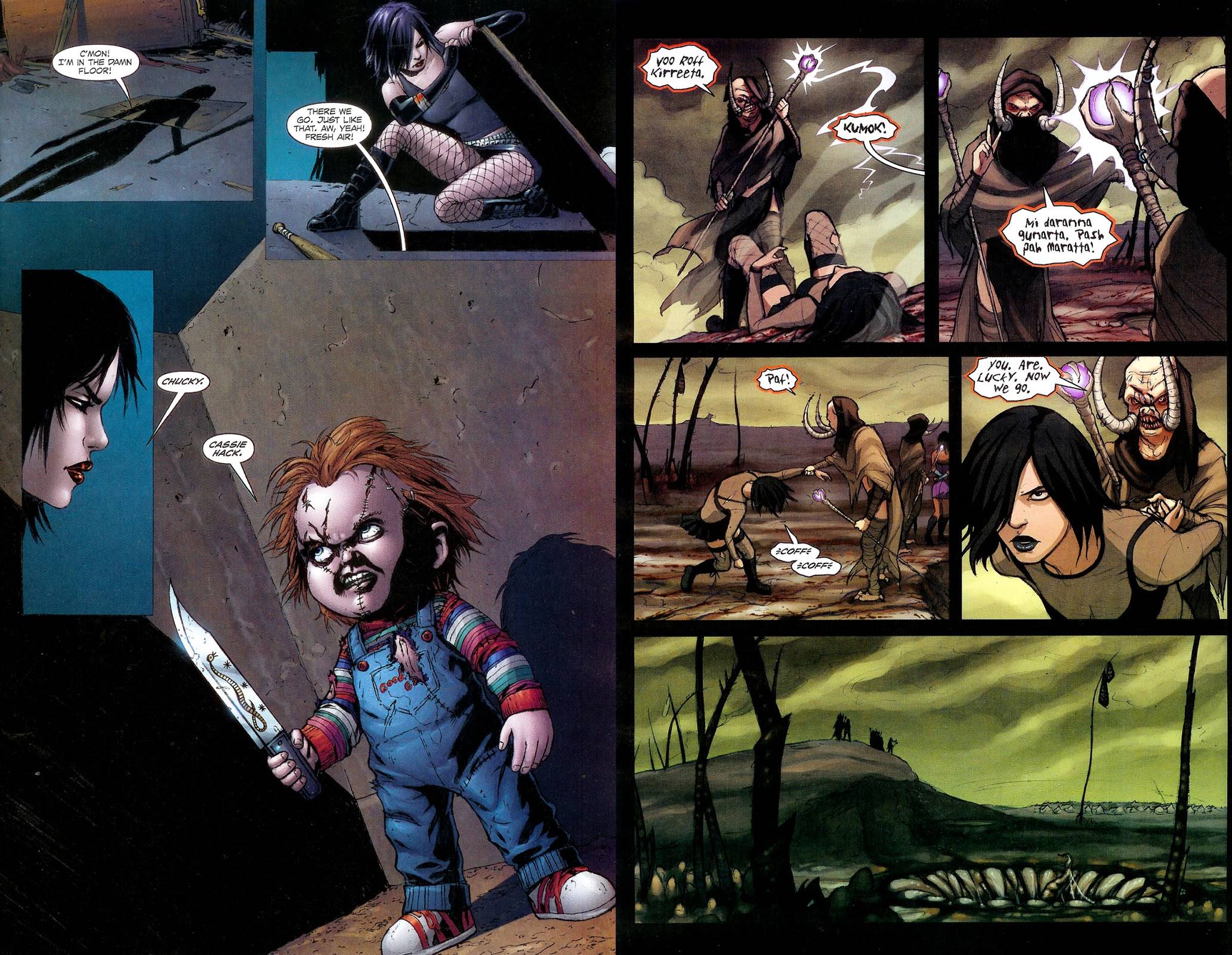 Friday the 31st is a departure from the opening two Hack/Slash volumes in featuring two longer stories rather than a succession of shorts. The first of them features Chucky, not the first time Cassie Hack met another slasher standby, but a considerable step up the icon rankings from Evil Ernie, whose encounter wasn’t supplied in a graphic novel until the first Hack/Slash Omnibus. The Chucky story is also included. Chucky, for anyone who doesn’t know, is a murderous scarred doll hosting the spirit of a serial killer. Cassie, of course, kills his type, and as his copyright holders were never going to allow that, Tim Seeley conceives a plot of mutual co-dependency.

The result produces the best Hack/Slash so far, Seeley able to extend a story beyond a set-up, a few jokes and a punchline, and he makes good use of Chucky. You have to buy into his world by ignoring the logical limitations of a two foot doll even with a sharp knife, but enough people have done that for years watching the Child’s Play movies, and Seeley identifies a new weakness for Cassie, logically developed from what he’s written before. There’s a funny epilogue as well. And who’d have thought artist Skottie Young would have a secondary career as a bit player in Hack/Slash? Wes Dzioba is a promising artist who could do with providing a few more backgrounds, but presents Chucky as a credible threat, which hasn’t always been the case in comics.

Emily Stone illustrates the second story very differently, almost delicately in some sequences, given an attractive depth in a form of watercolour by Courtney Via. Stone’s also very good at the horror sequences, sometimes almost stomach turningly good, and Seeley’s writing takes another step up with the content of what were the first four issues of an ongoing Hack/Slash series.

Seeley works with the good aspects already established for Cassie (always broke, relationship with Vlad, sardonic dialogue) and adds some greater depth to her past in the opening chapter, among which is more space devoted to her mother’s activities. He provides a different view of rock bands perennially exploiting women, Seeley exploring deals with the devil, what happens to past their prime rockers, and the importance of virginity. It moves Cassie into new territory, surprises in places, and while the tongue in cheek justification doesn’t always hold water, it’s fun all the way through. Next is Revenge of the Return.