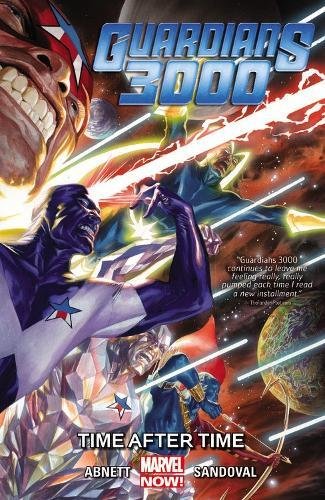 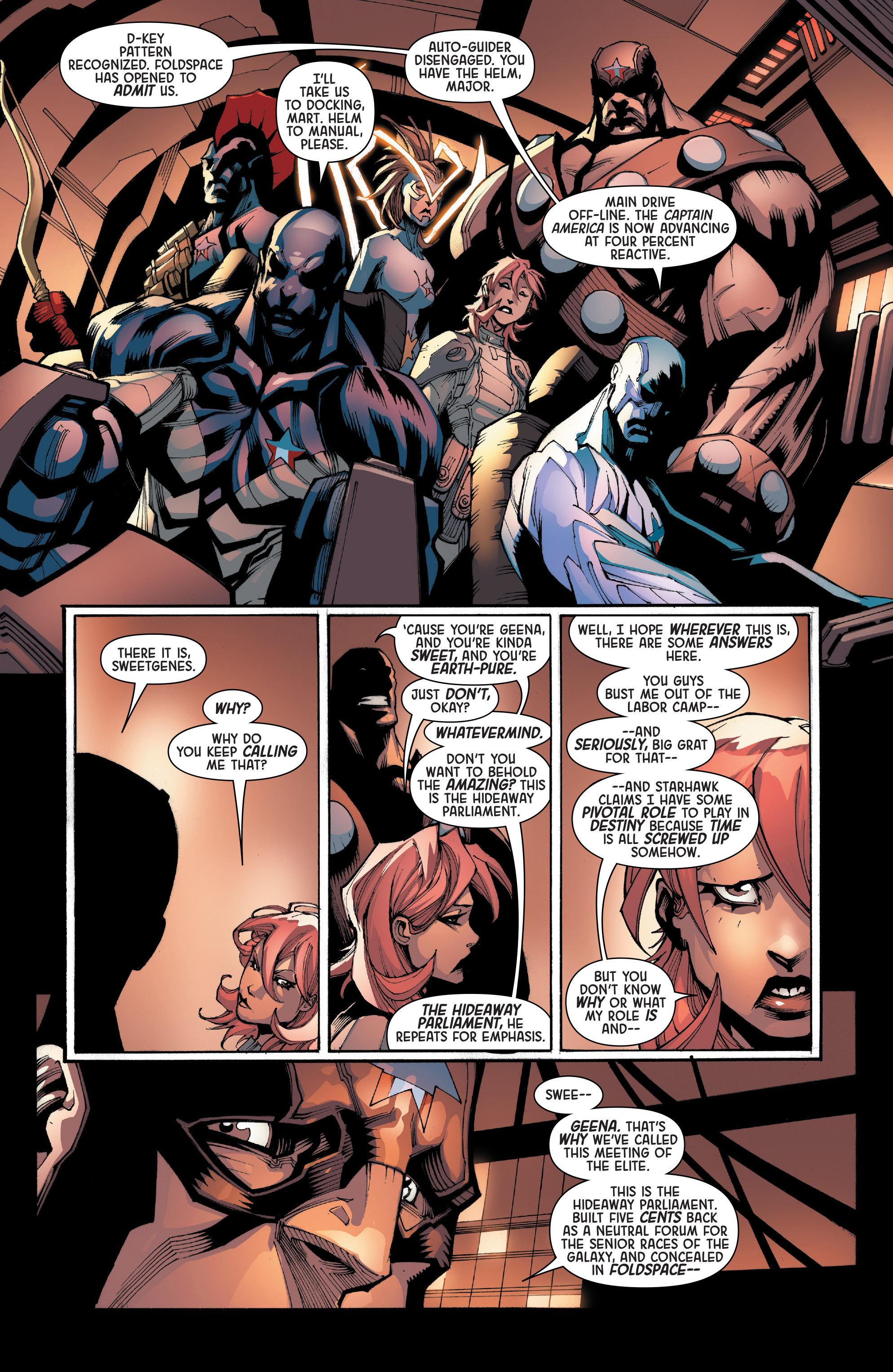 It was due in no small part to Dan Abnett’s work on the present day Guardians of the Galaxy that their first movie came about. He and Andy Lanning united the 21st century crew, and several of their ideas made the cinema screens. When it came to tie-in releases for the 2014 movie Abnett was handed not the crew he’d previously worked on, but their inspiration and predecessors who operated in the 30th century and who’d been largely unseen since the cancellation of their 1990s series.

Abnett’s plot is prompted by new activity from their perennial enemies the Badoon, a feral lizard race with a universe conquering agenda. There’s also a disturbance with time, one that Gina Drake can somehow sense, causing the repetition of events, but always with the same outcome. This is the plot that comes to occupy the book, with several powerful entities aware that time is being adjusted, but unsure why. One thing they all know is that Gina has some awareness.

Time After Time is severely hindered by the artistic distortions of Geraldo Sandoval. His ridiculously muscled characters either converse through gritted teeth or with mouths gaping, and having chosen the proportions for the cast he’s unable to keep them consistent. Charlie 27 morphs throughout the book. On one page in the second chapter Gina Drake looks small beside him, but on the next she’s able to fit within his fist. The whole look is gruesomely ugly, and diminished still further by the cover reproductions to the original serialised comics painted by Alex Ross. Never judge a book by its cover, but seldom can the artistic chasm between cover and content have been so vast.

While the art drags the content down, Abnett’s hardly sparking on all cylinders either. Starhawk appears an unknown quantity, and for an exceptionally powerful being does little more than fire light bolts. The basis of his plot is good, but what it’s working toward isn’t obvious here. There’ll be an awareness for some with the conclusion being in a volume titled Warzones. This being the case Abnett has a definite timescale to work toward, yet much of Time After Time merely introduces more questions amid more fights without resolving anything. By the end it’s not just the Guardians who have the feeling of time repeating. Rather than striving for originality he introduces updated versions of characters familiar from the present day Marvel universe, and the final panel hints ominously at another.

There isn’t a volume two. Instead everything draws to a close in Warzones: The Korvac Saga, echoing the best story in which the 30th century Guardians were involved. 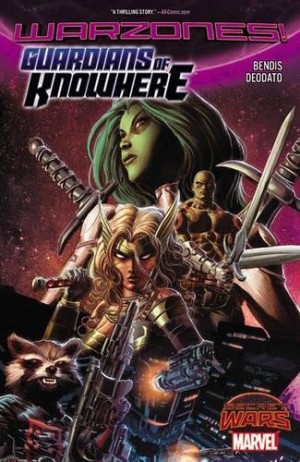