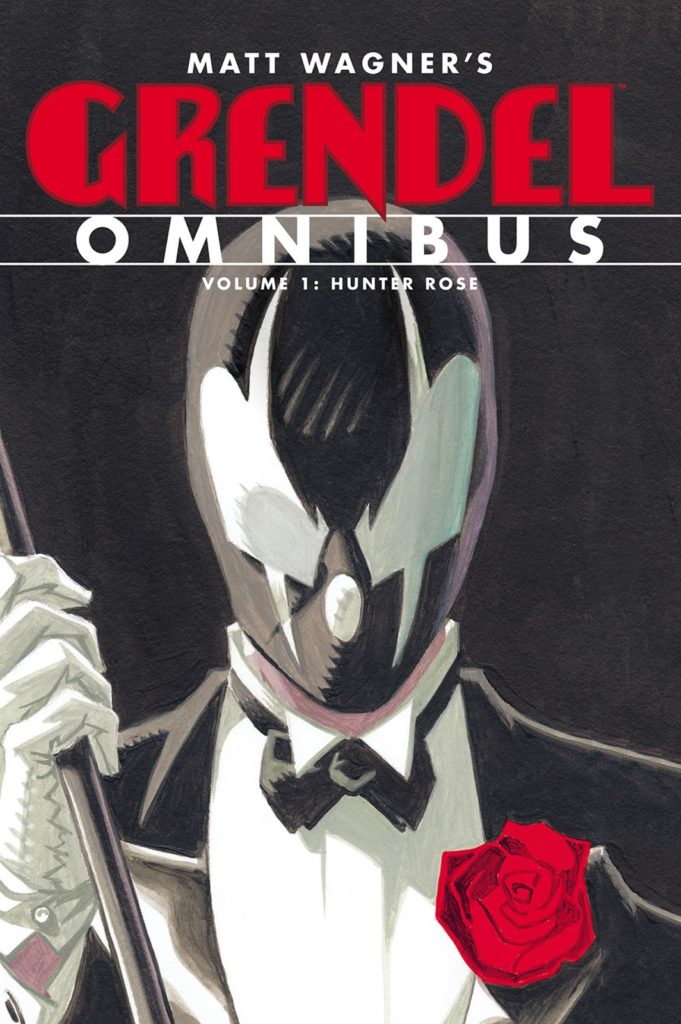 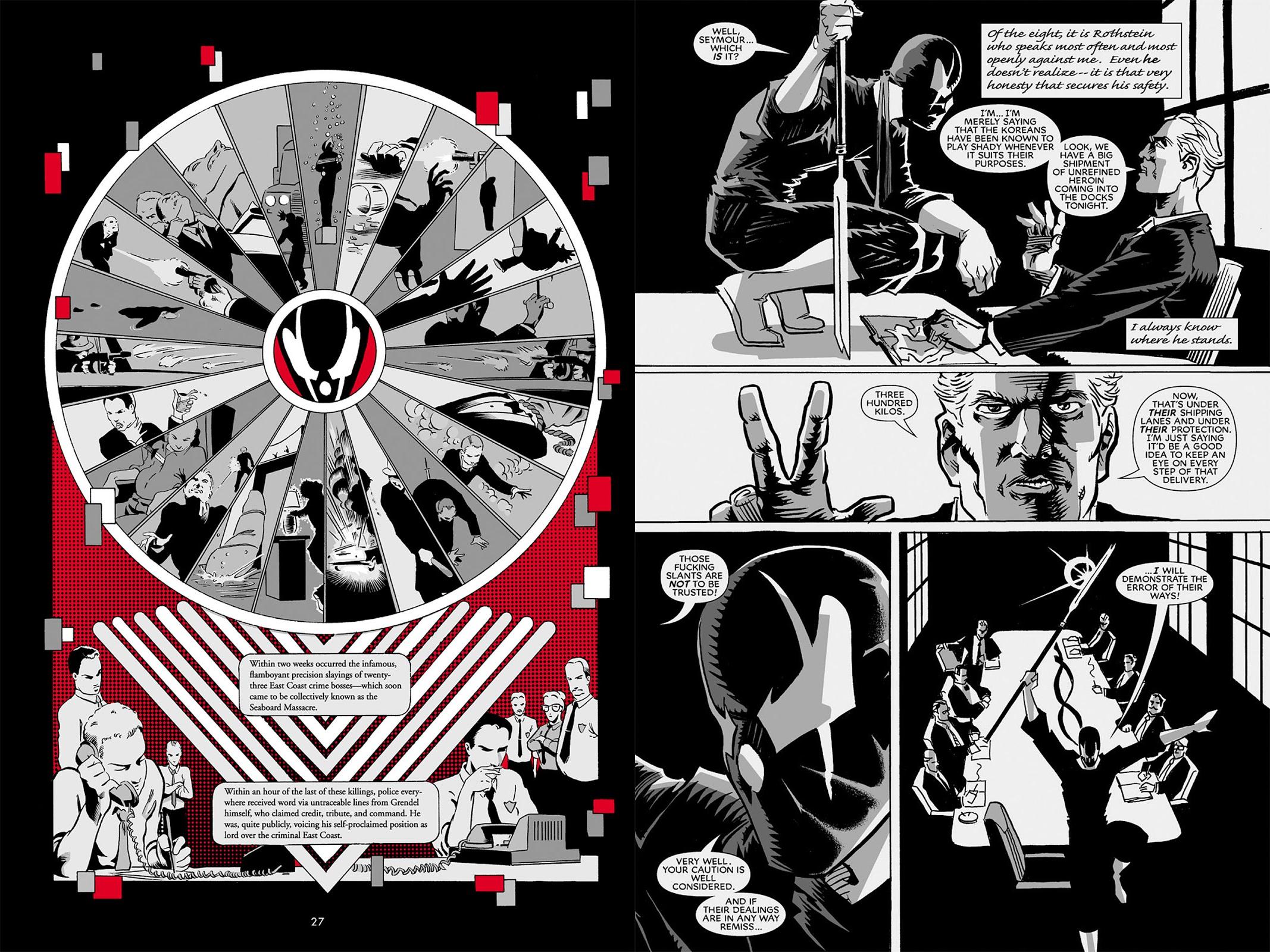 If any proof were needed of what a constantly experimental and intelligent writer and artist Matt Wagner is, the four hundred plus pages of this Omnibus are definitive. This extensive and generously priced volume gathers almost all Wagner’s work on the Hunter Rose incarnation of Grendel. Absent are his first work of Grendel Archives, sensibly omitted as summarised early, and the encounters with Batman, trademark issues obvious involving a corporately owned character, plus the stories consigned to the second volume. The result is a taut, consistent marvel, in which Wagner peels back the life of a sociopathic genius maintaining a public career as an acclaimed novelist alongside being Grendel, the costumed controller of the underworld. He’s not short of ego either: “The word of Grendel is as austere as death itself. None can deny it. None can escape it. When Grendel calls all must listen”.

Wagner took the brave move of killing his lead character in the opening story from the mid-1980s, but death proved no impediment to Rose’s return as an ever greater spotlight is shone on the few years spent controlling New York’s crime. Over several dozen stories of varying lengths, Wagner explores Grendel’s world, using a variety of narrative voices, each defined by a distinct typeface. Most prominent are Rose’s own journals smugly describing his affairs, and the subsequent biographical journalism of Christine Spar, but others also recur.

Wagner draws the two longest pieces himself, the first a toweringly ambitious and wonderful art deco construction from the mid-1980s, the second produced almost 25 years later in a completely different style, yet also a compelling read. It concerns a two week period in Rose’s life that he ripped out of his journals, merged with three other narratives eventually tying into the same events. Separating those are forty short stories written by Wagner for a glorious parade of other artists, their styles as different as chalk and chorizo, and all restricted to black, white and red as their palette, although some resort to additional greytones. A few misfires occur, but this is a dazzling selection approaching Grendel’s world from so many different positions, enlightening, plugging gaps and offering new insight. Their versatility can legitimately be compared to Will Eisner and Jules Feiffer’s classic 1940s run on The Spirit newspaper strip as they experimented with form and content. Wagner’s storytelling methods are as different as the styles of his collaborators, but he didn’t have to be mindful of commercial considerations, so could afford to be more experimental. These stories have been resequenced from their original publication in order that the artistic style now changes gradually rather than randomly.

One story hasn’t appeared in any previous collection, a contribution to the Comic Book Legal Defence Fund’s annual fundraising publication, and it’s strangely obvious for Wagner. Well meaning, certainly, and with a valid point to make about bigoted persecution, a point prioritised over any fancy storytelling that might confuse the message.

Other options are available. You could pick up individual collections of Devil by the Deed, Black, White & Red, Red, White & Black and Behold the Devil, but with this collection so generously priced the only reason for doing so would be a desire for the original colour removed from Devil By the Deed. A second Grendel Omnibus moves the spotlight to others. 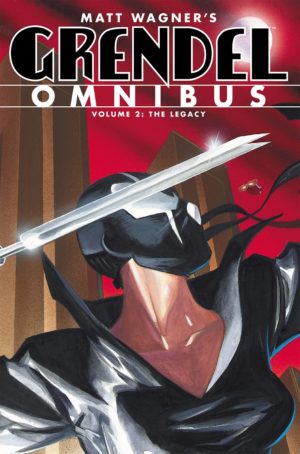 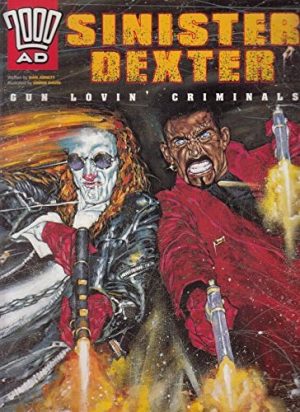