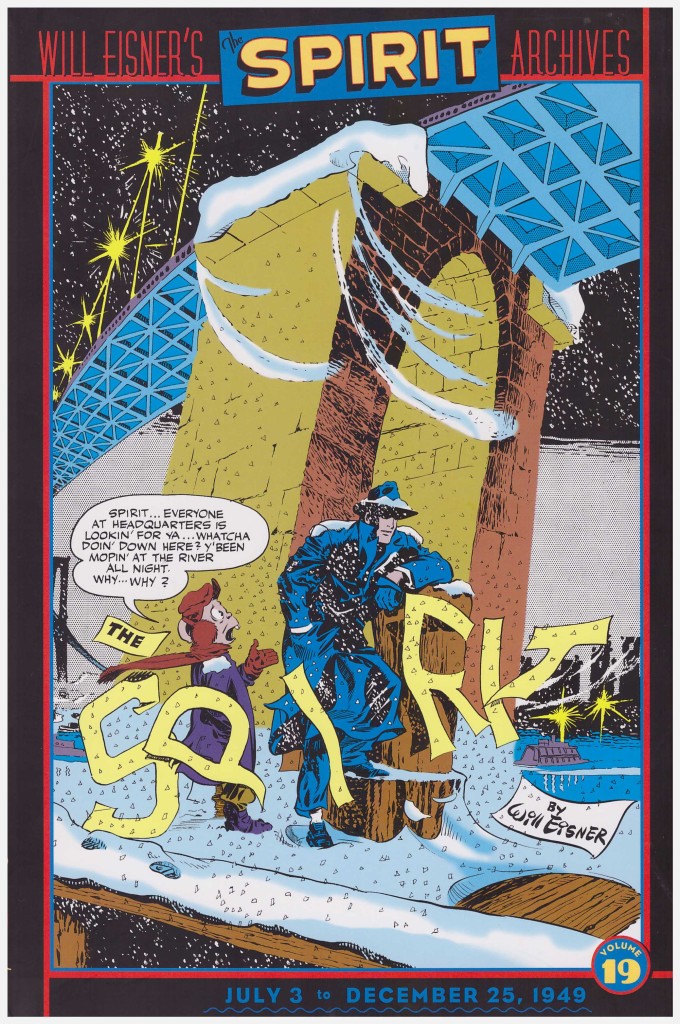 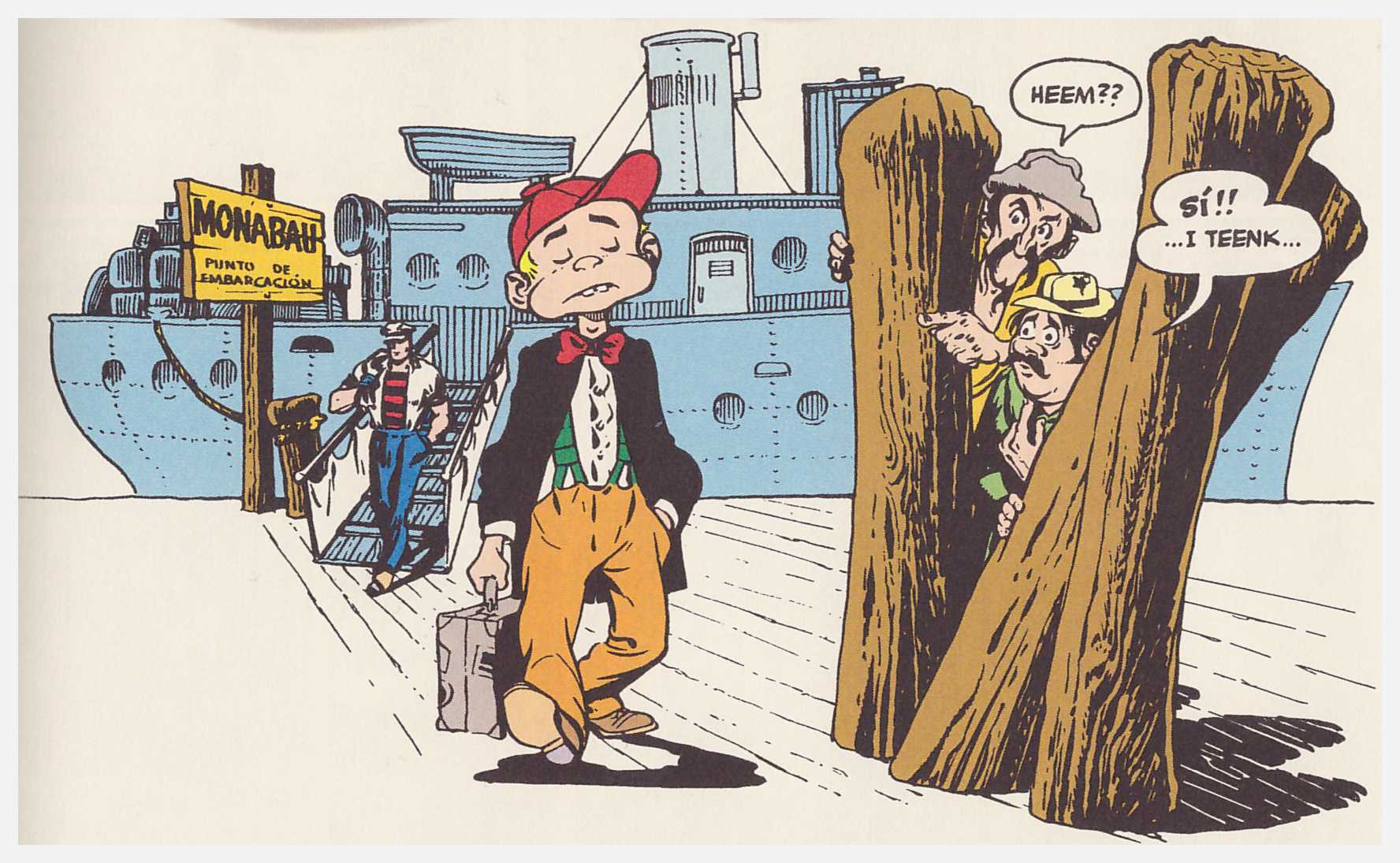 This volume gathers the second portion of Spirit newspaper strips from 1949, running from summer to Christmas. Jules Feiffer continued to co-write much of the material, although the rather mean-spirited credits in these volumes only list him among a couple of dozen others that worked on the series throughout its run. Eisner also wrote and carried the bulk of the artwork, working with background assistants and inkers, primarily Jerry Grandenetti, although there is a single strip largely drawn by John Spranger, whose claustrophobic layouts for ‘The Inner Voice’ provide a contrast to Eisner’s style.

For a full six weeks of the continuity the Spirit is travelling around fictional Central American islands, having departed for what appear trivial reasons. He had previously been removed from his comfort zone of Central City for the occasional adventure, but never for such a prolonged period, and it drops him into scenarios more familiar to Steve Canyon.

He returns with a new sidekick, Sammy, and from that point the controversial Ebony’s days are numbered. Sammy usurps him, and by the annual Christmas tale, a particularly good one in 1949, Ebony’s no longer pictured among the cast.

‘Ten Minutes’ is a mini-masterpiece that ranks among the best Spirit stories. It follows Freddy, and notes up front that during the ten minutes it takes to read the story the reader will be witnessing the final ten minutes of Freddy’s life. Freddy has problems, but his manner of sorting them out sets the law on his trail, and from that point his fate becomes inevitable. The tension doesn’t only derive from being forewarned, but plays out through clever characterisation establishing that Freddy isn’t a desperate villain, just someone whose poor judgement leads to his fate. ‘The Embezzler’ covers much the same ground, with its villain also to be pitied, and is almost as good.

Another notable tale is ‘Fox at Bay’, by Eisner alone, a tense drama about a serial killer with a dispassionate intellectual approach to his crimes. It’s very much ahead of its time.

Beyond that it’s the usual satisfying mixture of tragic doomed characters, femme fatales, and unrepentant crooks. There is, though, a marked decrease in the out and out whimsical material. The Tale of Rat Tat the machine gun told in staccato rhyme, Sammy’s tragic love story and the annual Halloween and Christmas offerings are the only complete stories to fit the bill.