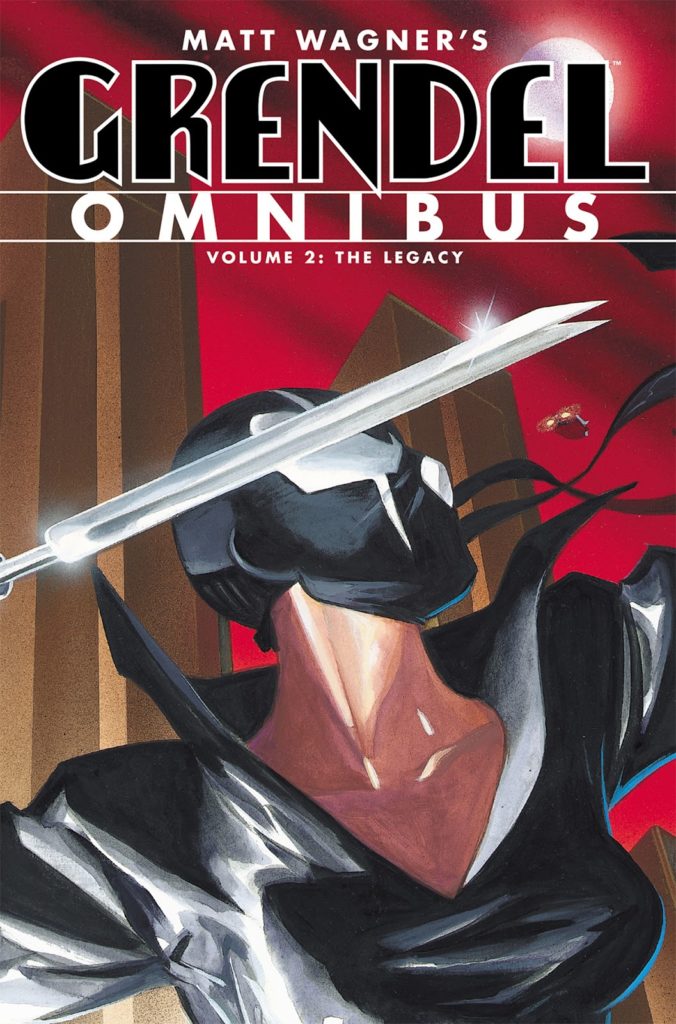 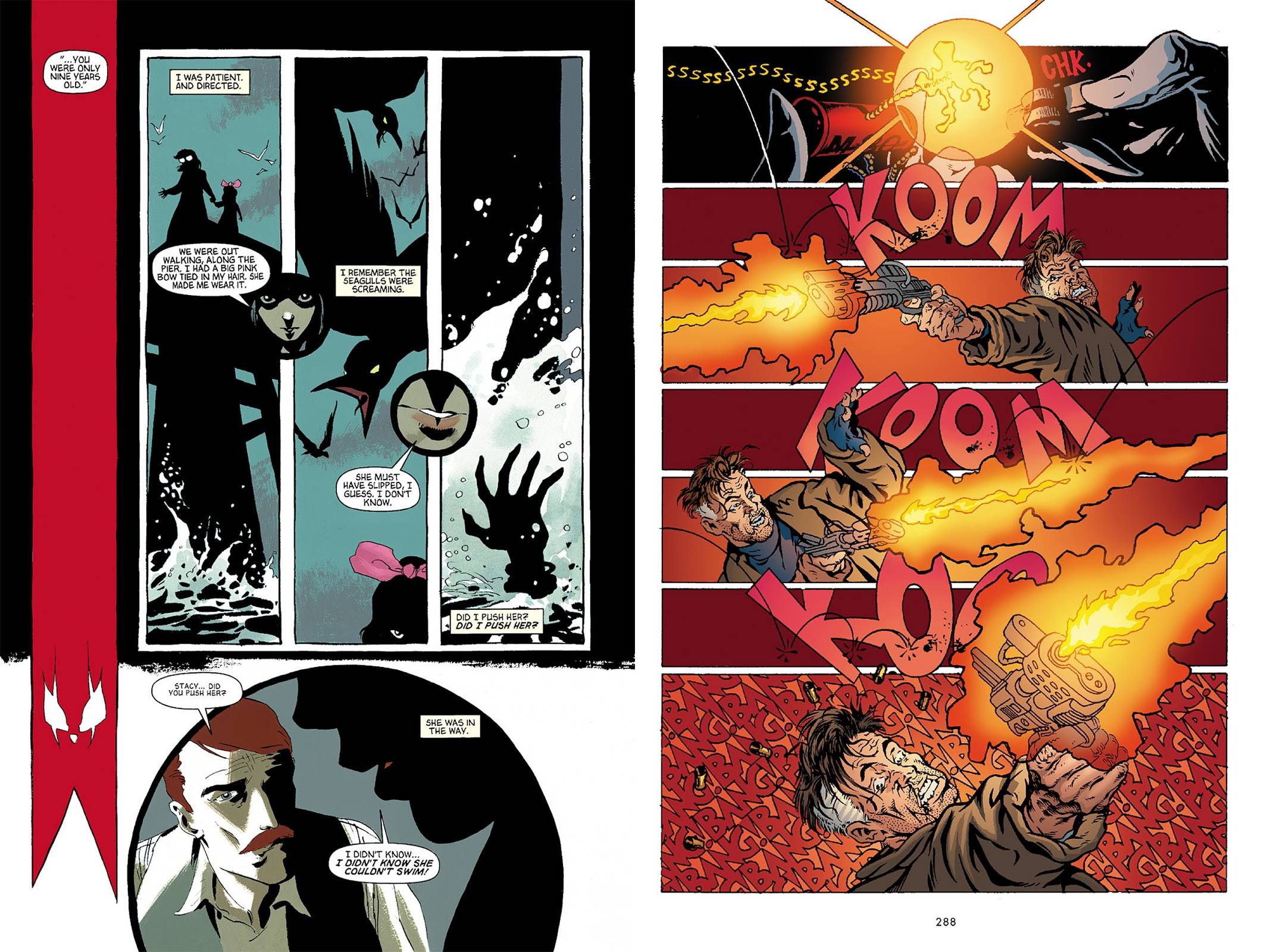 Matt Wagner created Grendel as arch criminal Hunter Rose, but conceived a theme largely unknown for costumed characters, that of an identity not just passed down one generation, but a long dynasty of different identities. Volume 1 was exclusively Rose’s exploits, and he’s revisited late on here, but this volume starts showcasing his successors.

First, though, is a story never previously available in book form, artist Tim Sale (sample spread left) collaborating with long running Dark Horse editor Diana Schutz. following Stacy Palumbo after Rose’s death. On this basis editing’s gain is writing’s loss as Schutz evocatively dredges up the complications, confusions and contradictions puberty institutes for a chilling look at Stacy’s motivations. That’s only one level of what becomes dark manipulation with some well chosen captions open to interpretation. When Stacy notes “in the end, I surrender to him. I have always surrendered to him.” it may refer to the man we see on the same page, or something else entirely, becuase in the two following pieces Wagner explores the idea of Grendel as an entity, not a person. Sale’s jagged art and the well matched and restricted colouring of Teddy Kristiansen combine beautifully. Schutz fleshes out the bare bones Wagner had previously constructed about Stacy, creating an intense journey into the heart of darkness, and arguably the best story here.

That’s partly because the two of the following longer stories have dated in different respects. What’s available separately as Devil’s Legacy sees Grendel’s identity adopted by Hunter Rose’s biographer Christine Spar when her son is abducted. It unleashes a distinctively designed serial killer and begins Grendel’s transfer from identity to identity. Arnold and Jacob Pander’s art (sample spread right) is consistently inventive, but tied too closely to the designs and fashions of the 1980s, meaning it looks dated. Although very readable, this isn’t Wagner’s best story, too slowly paced and repetitious over the first half, but taut and tense over the second.

It’s a complete change of artistic style for The Devil Inside, Bernie Mireault’s utterly individual approach constricting the world of a new arrival in New York as Wagner tells his story via an increasingly intolerant and paranoid notebook. There’s a naturalism, but what was once innovative has now also dated. That’s accompanied by howls of his inner Grendel, intended as rage, but which sometimes overstep a line and become too silly.

Wagner’s best work, then, is on what was previously released as Devil Tales. These two explorations have an even greater density than The Devil Inside, due to Wagner again shifting his storytelling method, handling the art himself to suit the experimentation. We follow Polk, a dogged cop, as he investigates corruption, and separately Tommy Nuncio, a career chancer who makes the mistake of attracting Grendel’s attention. Wagner draws the first as a disciplined grid of small panels with text beneath, and the second in vertical panels topped by text, and artistically both still stand the test of time. They’re set in Rose’s era, and although he barely appears, he influences almost everything that occurs, which is clever writing. Nuncio’s story is the more obvious, but both are fine reading.

A constant experimentation, a willingness to dive deep into emotionally disturbing areas, and attention to stories mark Grendel as a consistently interesting series, even when the experiments don’t work entirely as intended. That something isn’t timeless is hardly down to Wagner or collaborators, but readers born before the mid-1970s are likely to respond better to this than younger readers.