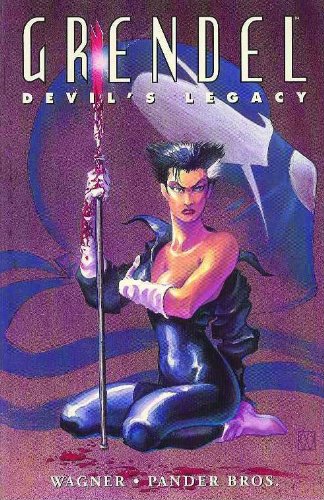 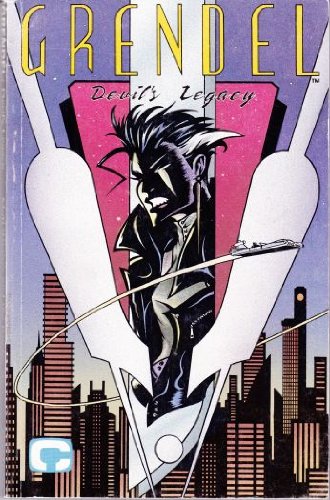 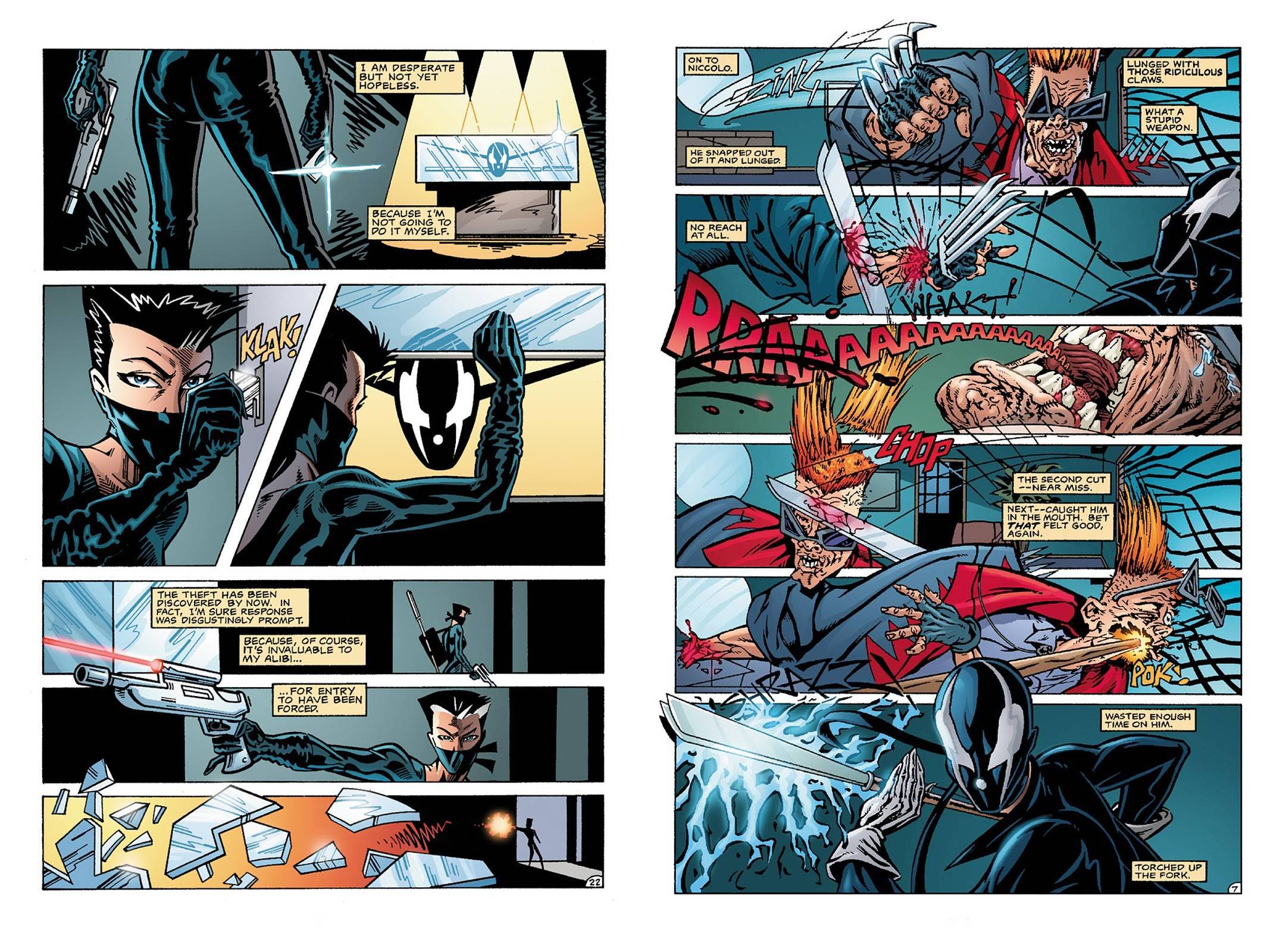 Matt Wagner’s Grendel has a long and complicated history, and although not the first Grendel story, the idea of a generational character kicked off in Devil’s Legacy. The original incarnation of Hunter Rose was peeled back in chapters during Devil by the Deed, the narrative twist being text sourced from a biography written by journalist Christine Spar, daughter of Rose’s troubled ward. Devil’s Legacy picks up with the biography a considerable success, but not successful enough that she doesn’t need a day job editing the crime section of a New York newspaper. However, even that doesn’t grant the influence to activate a busy police department when her son goes missing. A resourceful Christine has already been seen as fit and trained in Kendo, so when research accumulates a pattern of disappearances she adopts the Grendel identity, and that awakens an old enemy.

Having drawn all previous Grendel material himself, Wagner then opted to work with other artists, beginning with Dutch brothers Arnold and Jacob Pander for Devil’s Legacy. They’re adaptable, using different styles for different projects. Here the pop art of Patrick Nagel seems a large influence, Christine designed as a more angular variation of his illustrated women, with a calculated precision to their lines and everything very stylised, practically screaming 1980s. The look varies slightly according to the inker, with Jay Geldhof responsible for the left sample art, and the Pander Brothers themselves for the right, becoming far more individual with thicker ink lines. They’re phenomenal on a wordless chapter, and never less than interesting, even when drawing banana shaped faces.

Extending over twelve chapters, the events of Devil’s Legacy occupy a compact few weeks, even allowing for the natural break just after the midway point. In hindsight Wagner is also setting up The Devil Inside, which follows, but to say more would shred the suspense of this story. A serial killer hiding in plain sight with a uniquely distinctive identity is Grendel’s target, and Christine adapts well to the role, a natural confidence allying with her training.

The art was so up to the minute in the 1980s, although the story is set decades ahead, so it now looks dated, but consider that period trappings and work past it. The serial killer section and what it evolves into is overextended in seven chapters, but the following five back in New York are taut cat and mouse with a well presented cast. Wagner’s characterisation is clever, showing them as they are rather than just as they see themselves. “I refuse to let them strike me any longer”, Christine explains toward the end, “I take the fight back to them”, and by that point we know there’s self-justification and possible delusion involved. The art becoming more twisted along with Christine is sophisticated storytelling, so don’t be fooled into considering it poor if just skimming through the book.

Because of the dated look, because it’s so stylised, and because matters become a little repetitive before the intermission, Devil’s Legacy now reads as a slightly weaker Grendel collection. That’s just in comparison with the richness of Wagner’s remaining Grendel legacy, and in its own right it’s still a searing look into desperation and corruption.

The 2001 Dark Horse edition is recoloured, presumably under Wagner’s instructions, and while there’s a greater sophistication, the trade off is the loss of a deliberate pulp quality. The recoloured version is also featured in the large Grendel Omnibus Volume 2: Legacy.