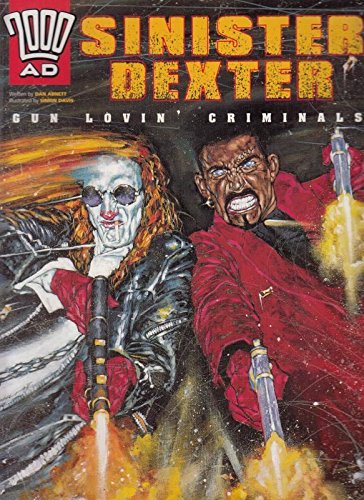 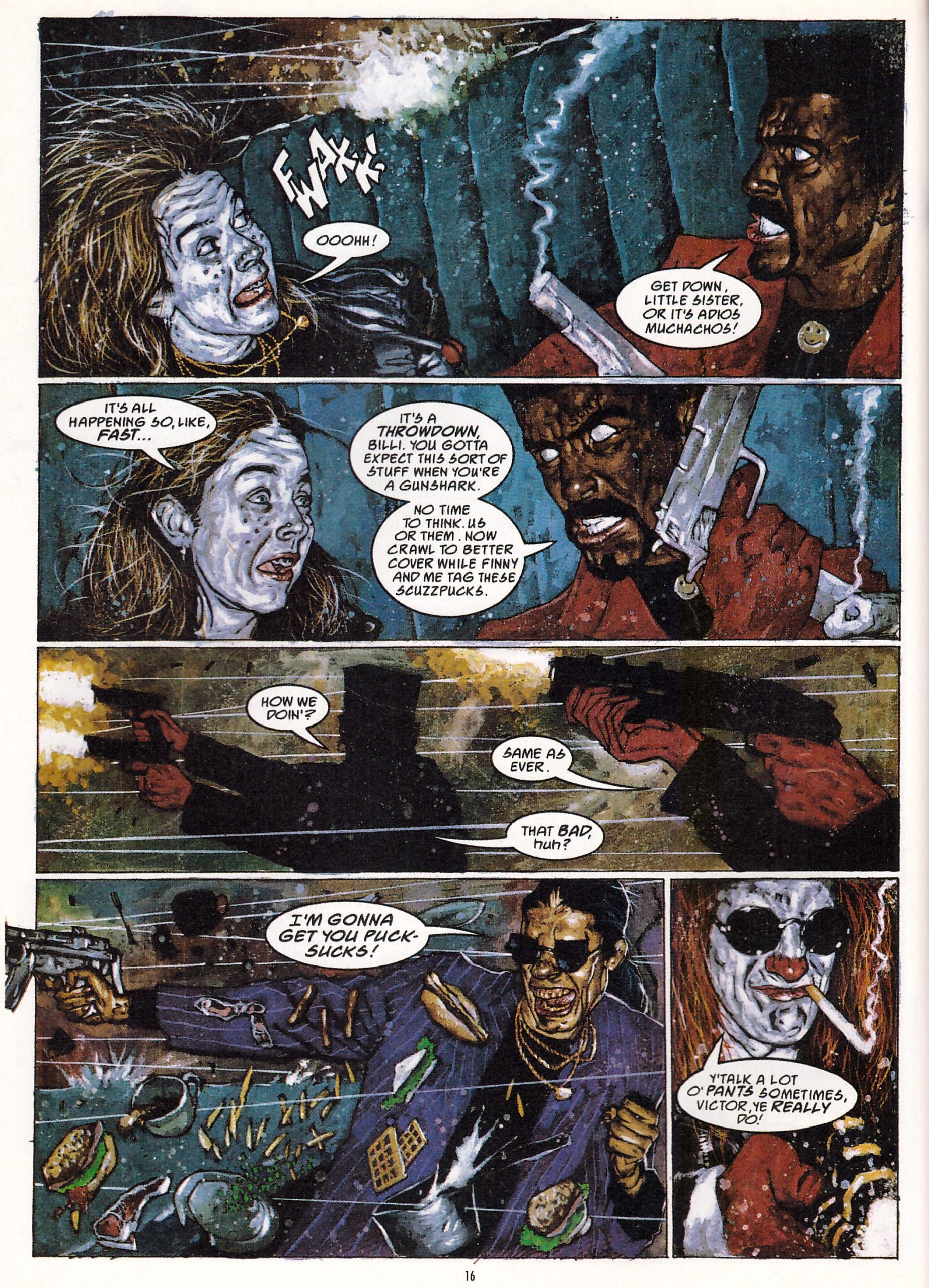 The misadventures of assassins Finnigan Sinster and Ramone Dexter in the future city of Downlode aren’t entirely accurately represented in this first collection from 1998, although it remains the only album format collection issued. Dan Abnett designed the feature to be a series of brief punches to the gut, and in what became a nineteen year run in 2000AD it was over a decade in before their stories frequently extended beyond two or three chapters. The exceptions are ‘Gunshark Vacation’ and ‘Murder 101’, both featuring in Gun Lovin’ Criminals along with ‘Wish Upon a Czar’, all drawn by Simon Davis (here credited as S.B. Davis), giving the impression he was the regular artist. In fact, like 2000AD perennial Judge Dredd, Sinister Dexter was a feature designed to adapt to many different artists, and the later 2000AD published collections represent this.

For all that, there’s no doubting that in an era when many artists working for 2000AD and associated publications attempted to mask a host of technical deficiencies with painting, Davis is the real deal. His pages are reference heavy, and the figures and their expressions sometimes static, but Davis pours the effort into his work beyond the call of duty with imaginative designs and page layouts, while providing consistent likenesses. It should be noted Sinister and Dexter’s distinctive appearances were the creation of first artist David Millgate, but the outfits they wear when not on duty are all down to Davis, with Sinister’s vacation specials a real treat.

Buy into the world, and there’s very little not to enjoy. Abnett’s also creative, with the phrasing, the funny character names and especially the inventive replacements for swearing. Sinister and Dexter fit nicely into funny capers, and while they never evolve beyond two dimensional, Abnett surrounds them with enough colour and eccentricity to ensure their limited personalities are irrelevant. He’s a man with wide ranging artistic interests, and while there’s a strong John Woo style Hong Kong action movie influence, there are also nods to Peter Pan, Damon Runyan, and maybe Liberace.

For all the neatness with which Abnett crafts shorter stories, ‘Murder 101’ is a gem, as Sinister and Dexter are made an offer they can’t refuse, which is how about they train Downlode’s top gangster’s little sister to be a gunshark? This is to be on the job training, but their plans go seriously wrong. Davis’ art becomes a little less detailed in places as the story continues, but it’s a wild ride all the way to the Maul.

This edition is long out of print, but ‘Murder 101’ can be found in the collection of that title, and the other two stories feature in Gunshark Vacation, the first of five 2000AD volumes in roughly chronological order, although some stories are absent.