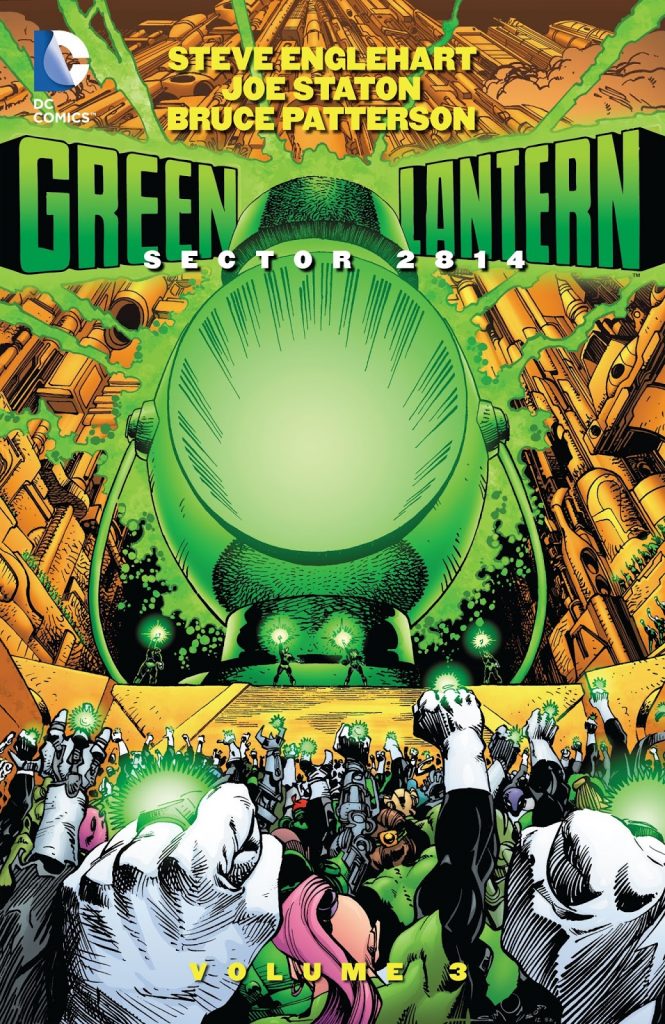 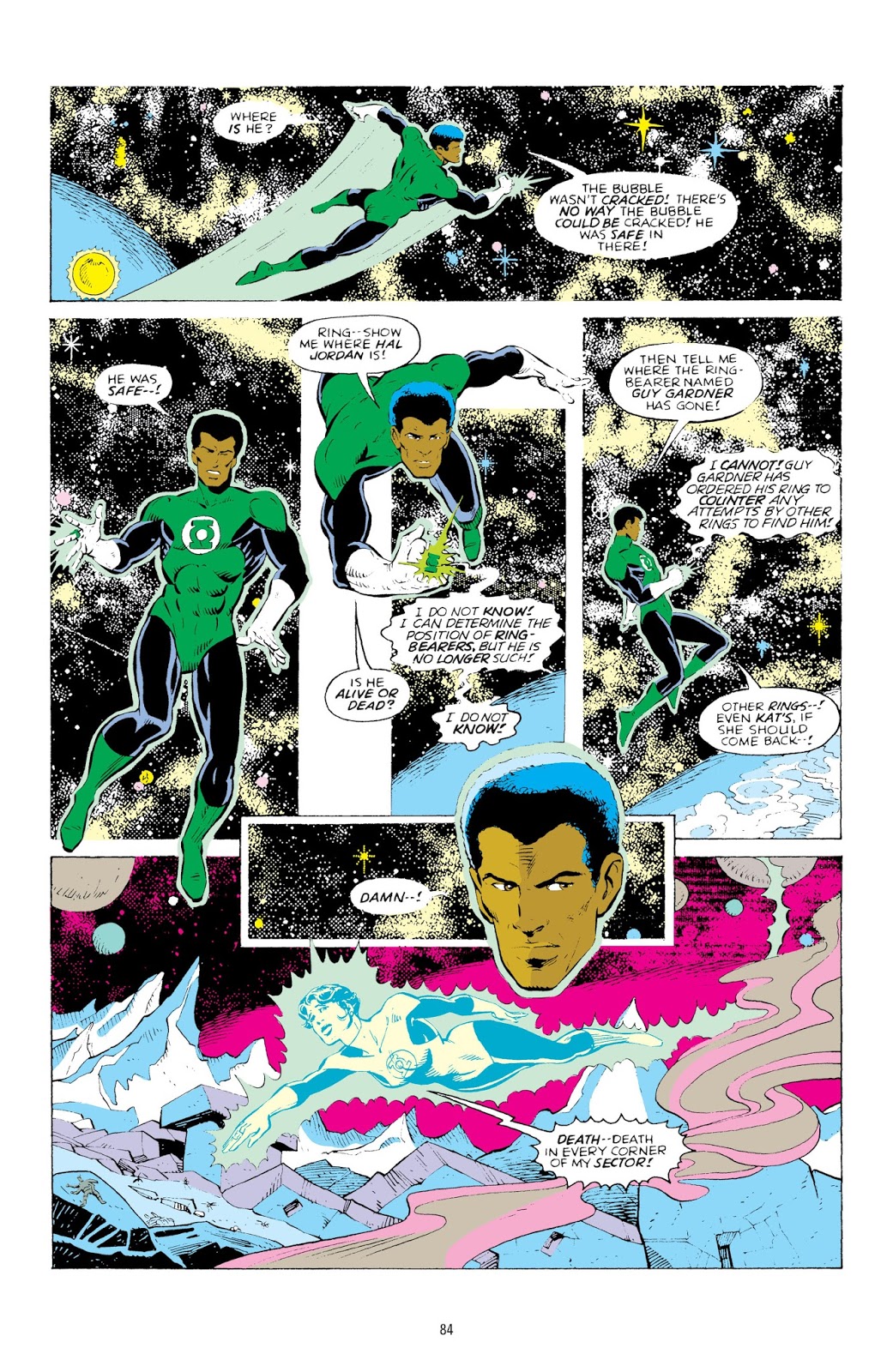 Over two previous volumes reprinting the mid-1980s Green Lantern, Hal Jordan had resigned from serving the Guardians of the Universe, figuring his personal life on Earth was more important. The Guardians wasted no time replacing him with John Stewart, and in Volume 2 we saw the long injured Guy Gardner emerge from a coma. Also featuring heavily is alien Green Lantern Katma Tui, tasked with monitoring the inexperienced John, with a relationship rapidly developing.

While having to adjust for the intrusion of Crisis on Infinite Earths, 1985 being the first time DC attempted a crossover seeping into all their titles, this entire collection is written by Steve Englehart, with Joe Staton as penciller. Three different inkers are used, with Staton’s pages looking their sharpest when worked on by primary choice Bruce Patterson. There’s a joyous, vibrant quality to Staton’s work, and he’ll occasionally throw in an experiment as seen on the sample art, while making good use of a colour overlay effect picking out figures without black outlines.

Divorced from the excitement of Crisis on Infinite Earths involving the entire DC universe, the opening chapters are smoke and thunder in places, but Englehart reduces the crossover experience with surprising character beats. These come at a breathless pace, in some cases perhaps contracted too much, but providing a very different experience from the slow roll out of any plot in DC superhero titles thirty years later. The lead cast is broadened to an ensemble of four, and Englehart rapidly switches between their activities. At the time supplying Guy with an abrasive and aggressive character was unusual for a hero, but he now seems tame compared with what he would become. Change happens in small stages. Hal referring to the Guardians as “masters” hits a wrong note, but Englehart compensates in many other ways, not least by giving is what we want from a human shark, who disappointed in Volume 1.

Englehart gradually brings his plots toward a thrilling and surprising finale by setting the Green Lanterns against each other, involving several more of the villains who plagued Hal Jordan over the years. Almost the entire set of events is connected with Crisis on Infinite Earths, but after the awkward intrusions over the opening chapters Englehart gets to tell the story he wants, and it’s a twisting page turner where the truth is mutable. He supplies better personalities for existing alien Green Lanterns and introduces new ones, and while some of the character beats are of their time, they’re a considerable improvement on where the series started. The intentions of the Guardians being called into question and the suggestion they may not be paragons of virtue after all is something Geoff Johns would later pick up on for his acclaimed Green Lantern work. 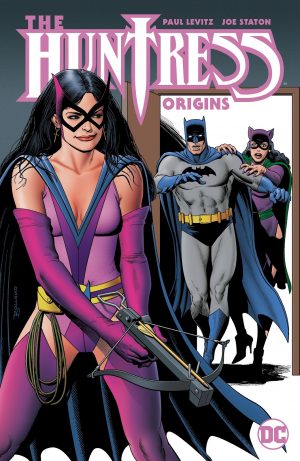 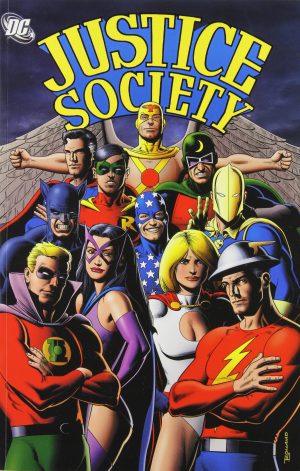