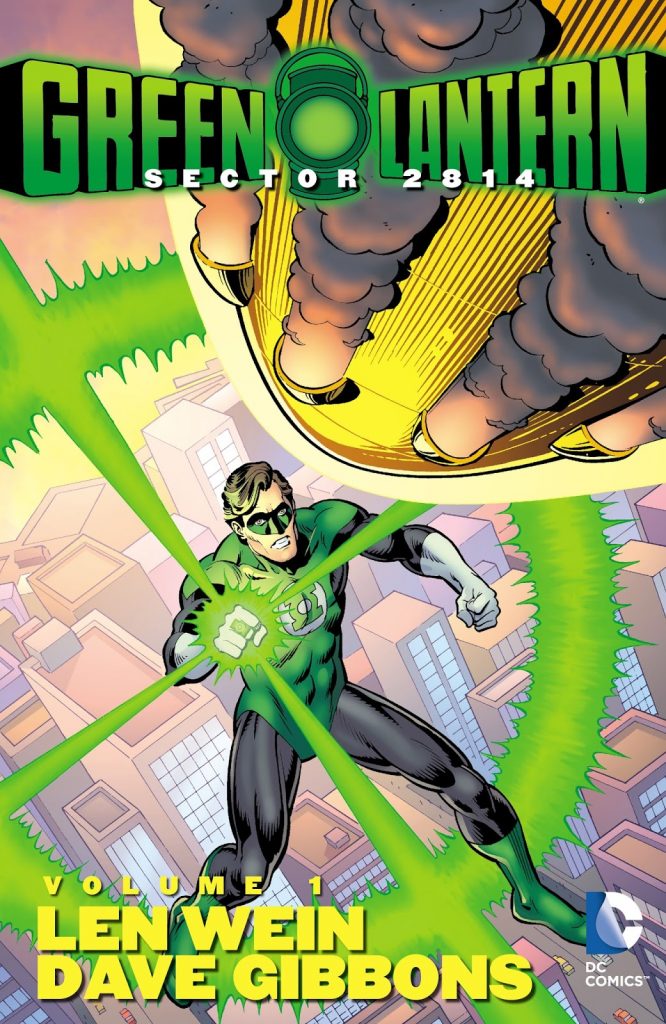 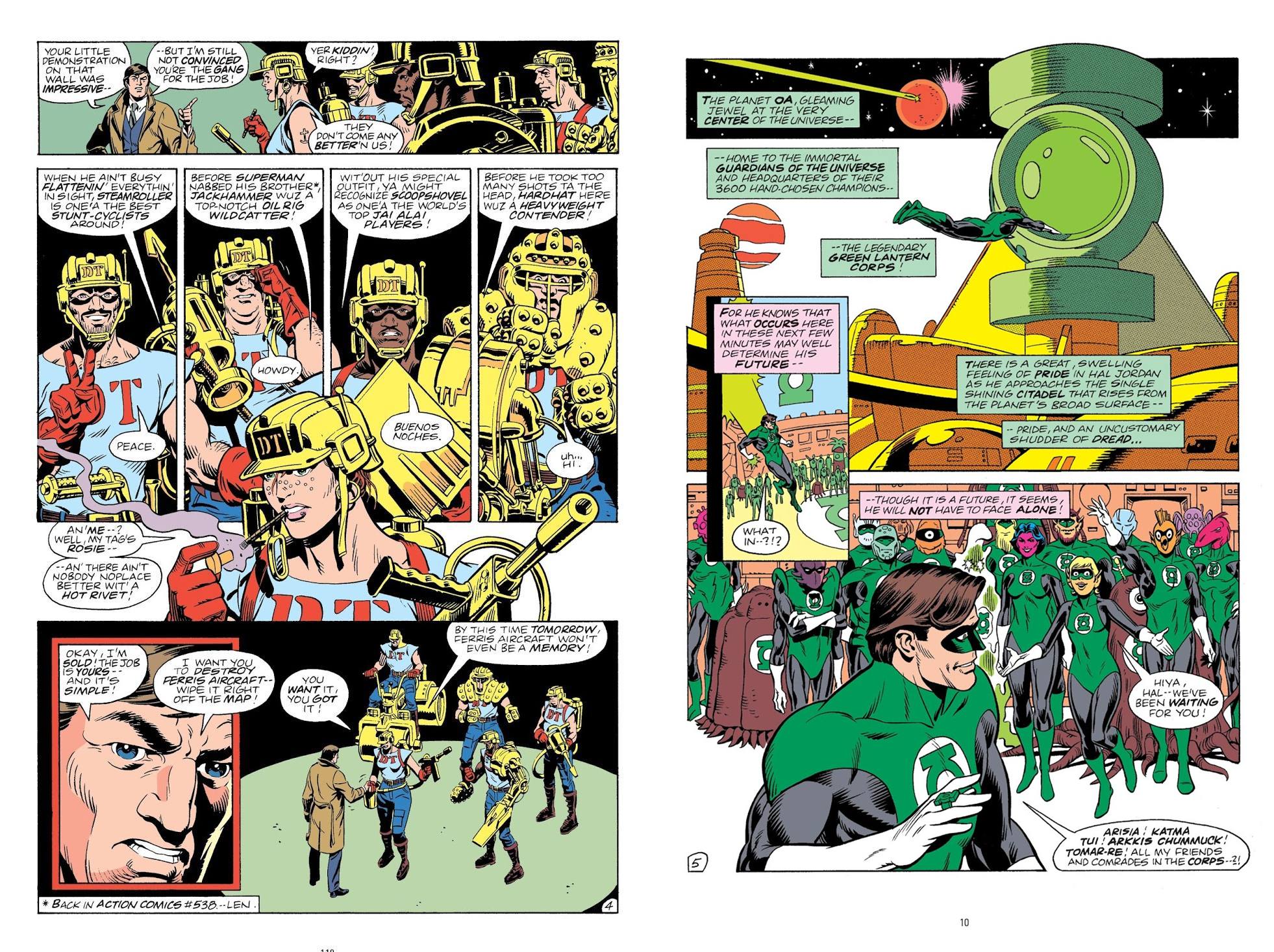 On taking control of Green Lantern in 1984, Len Wein’s immediate decision was that Hal Jordan was better surrounded by a human supporting cast than wandering alone through space carrying out his universe protecting duties. He returns Hal to Earth and Ferris Aircraft, has him pick up a relationship with Carol Ferris after a year away, and introduces a slightly more global element to the supporting cast. In hindsight the absence of any African Americans is apparent. Wein does however treat the Inuit Tom Kalmaku more sympathetically than before.

Dave Gibbons was a new name to most when he started drawing Green Lantern, but his immediate American impact was due to having honed his craft for several years on British strips. Few of them are fan favourites, but they’re all impeccably drawn, and in addition to his clean style and good sense of design Green Lantern was a character Gibbons had loved since childhood. In later interviews he’s said he’d have preferred drawing stories of Green Lantern exiled in space, but you’d not know that from the elegance he supplies to the soap opera subplots.

Anyone taking on Green Lantern back in the day had to work with the inbuilt arbitrary aspects of him being able to create anything with his ring, but it being powerless against anything yellow, which is used conveniently, but also with a whimsical invention. Perhaps the villains Wein creates had a freshness in 1984, but now… Why would a hijacker dress in a yellow and black costume and use an exploding javelins when a gun and civvies would do the trick? The same lack of logic applies to the Demolition Team, as seen in the sample art, but Gibbons designs them with such goofy joy they prove the volume’s highlight. Wein has inventive moments, but they’re in the wrong places. There’s only one thing we want to see a human/shark hybrid doing, and it’s not using strange, new mind-sapping powers, which would have been better applied to another villain.

It’s only in the final chapters that Wein’s plots pick up to a point where they still intrigue. New character the Predator is a concession to the more violent heroes evolving in the 1980s, while John Stewart’s arrival in the final chapter finally introduces an African American supporting character. He’s also played us along nicely by having Dr Bruce Gordon now working at Ferris. Any seasoned reader knows Eclipso won’t be far behind, but Wein’s all tease and no Eclipso. Perhaps in volume two. By the final chapter Hal’s come full circle back to questioning whether it’s worth being a Green Lantern if the cost is constantly letting his friends down. It’s a fine cliffhanger ending. 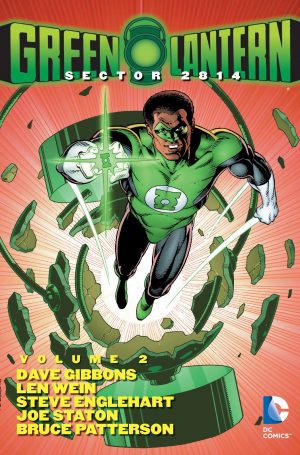 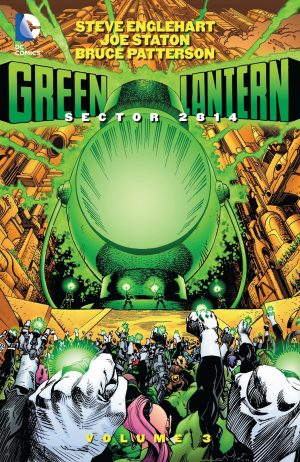